When met Kim and Jim they were my students (not at the same time), at American University. Mostly, I liked my students, but I recognized something in them that was not only special, it was extraordinary. At the beginning of each of my “Politics as a Communication Profession” class, I asked if the students had a party affiliation – it was just a good thing to know in terms of speakers—and Jim raised his hand as a Republican. If memory serves me, I said “This is the only time in your life you can be a Democrat. Why are you a Republican?” And he gave me a good answer, although I cannot tell you what it was, so we moved on.

The class was terrific. I invited the Washington political elite, from all disciplines, to come a talk to the students. It was not only payback for favors I had done, the professional people loved the time they spent with the students. Anyway, Jim who was a senior that year, and who was also one of my best students in “Presentational Speaking,” convinced Kim that she should take my class—which she did, and happily she was a Democrat -- and adorable.

Jim graduated and the next year Kim graduated. Although they were clearly in love, they wisely decided to live some life independently (I told you they were smart). Jim continued to be a Republican, and Kim went back to Santa Fe to do something she didn’t like. Then we put together an Independent Clinton campaign (in ’92) and Kim came to Virginia to work with me. It was a little difficult because Jim was a hot shot in the George Bush I campaign and did stuff with the RNC, we’ve since forgiven him -- that came later.

Kim lived in our house in what was fondly referred to as the famous political sorority “Kappa Clinton Gore”. And did we have a good time? You bet. Our little cadre of incredibly effective campaign workers helped, in no small way, to get Bill Clinton elected. After the election, Kim and I worked in Transition and Inaugural and Jim went back to Omaha to work in the family business. (He stayed for not too long, and then went to AOL to become the entrepreneur he was always meant to be). 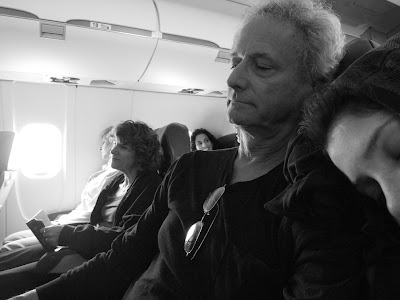 Road Trip!
Fifteen years ago, after much travel and different life experiences, Kim and Jim got married in a dreamy ceremony in Santa Fe. They invited me to come, and of course I did, because by that time, they had become my family by choice. It was a wonderful couple of days and, I think, it moved us from teacher-student to loving friends. 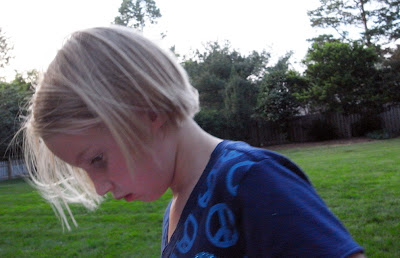 Charlotte
Over those last fifteen years, Kim and Jim have moved from Virginia to Nebraska, been involved in a number of successful businesses and had four remarkable children. We have spent some time with the kids but it was not until they brought the two eldest (Gabby and Maddy) to Washington for the Inaugural, that we spent any real quality time. OK, I fell in love with these two girls. They are seriously wise, incredibly funny, good humored, and just a joy to be with. When their tickets for the Inaugural didn’t work (does Purple Tunnel of Doom ring a bell?) they went back to their hotel at Tyson’s Corner and healed their disappointment with a trip to the Mall—where they found adorable Betsy Johnson dresses. (My kind of healing). They came to our Inaugural party all dressed up and feeling a whole lot better than they did stuck in the Third Street tunnel.

Anyway, I am a big fan of the Simon children. So when Kim told me that Gabby really wanted us to come to Omaha for her dance recital, I was thrilled. And when Jim said he was going to send us tickets for our travel, how could we refuse? 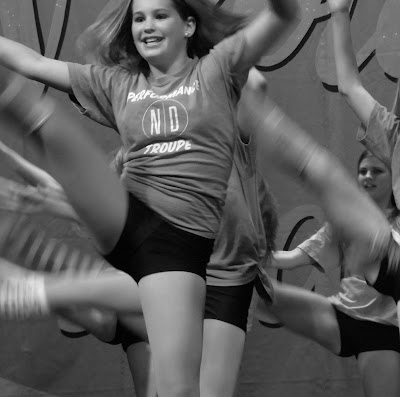 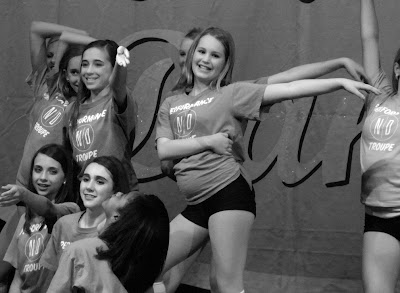 Gabby on stage
This past weekend, all the Burnetts went to Omaha for a dance recital (Road Trip!!!!) I’m sure I don’t have to tell you that Gabby and, as it turned out, Charlotte (the 3rd child) gave exceptional performances. What a joy it was to watch them. The dance was the highlight but what fun we from morning til night with all the kids – Gabby, Maddy, Charlotte and David. Jim and Kim have a lovely home. We ate great food, non stop. Laughed big time at just about everything. And, late at night we watched movies on a giant screen, in chairs that reclined so far back it was where we slept, and of course, ate machine popped popcorn. 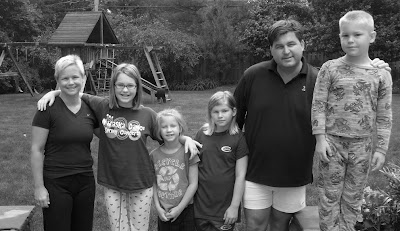 Kim, Gabby, Charlotte, Maddie,Jim & David
Here’s the important thing. What can begin as just a simple political connection, can result in a lifetime of significant relationships. It’s certainly what happened with us and, if I had written a life script for how I would have wanted it to turn out, this is exactly how it would have been crafted. Maybe what we should do is spend our political time electing people to be our friends. That way we might win every election. We’re Just sayin…Iris
Posted by Iris&David at 6:38 PM

I was one of Iris' students some twenty years ago. I took as many classes with her as I could. She was so much fun. But more importantly (well, maybe...not too many things are more important than fun) she opened a door for me that changed my life. I took a mandatory statistics class in my senior year and fell in love with numbers. I thought I had missed my calling, and it was now too late as I was about to graduate with a double major in journalism and international relations. Iris said, not so fast. She introduced me to Stan Greenberg who was Clinton's pollster. I worked for Stan on the campaign, went to NH for the primaries, Little Rock for election night, and after left US politics for South Africa elections. A few years later, I attended Mandela's inauguration. I've since moved away from politics as a career, but those political campaigns were formative in my growing up. Thank you Iris.