The Way it Was Meant to be

Tomorrow is the day my cousins do the cemetery run.  It is something they have always done. Actually, there was a time when all the aunts went "to visit".  Early on they went to visit their parents, who buried in New Jersey, Long Island, way out on Long Island, and Newburgh NY. As time passed, so did the husbands and the siblings. And the number of the visitors dwindled. But still they went to every cemetery to visit everyone resting in peace.  You may wonder what they do when they get there. What does anyone do at a graveside.  If you are Jewish you don't leave flowers. You leave a memorial stone. And if you are my family you say a prayer -- at every grave.

This burial thing has always been an issue with me.  My mother told me that she would consider not being buried on the Island.  But then my dad had his leg chopped off and it got buried on Long Island -- Beth Something.  I asked her why she had decided to do this. It happens I know that the whole body has to be buried in one place and cannot be moved. She said that we would never come to visit so it didn't matter. But of course, I always go to visit. And what a pain in the ass, but let's be honest, when she made that decision it was not without thought. The irony is that her whole life she wanted nothing more than to be with her sisters. And in death, she sleeps forever with people who she never even liked -- except my dad.  When it snows or is incredibly hot, I still worry that my mother is not comfortable.

People get to decide their own fate.  So she did what she wanted to do knowing that the cousins would visit for as long as they could.  Here's the thing.  We have decided to be cremated. I want to be cremated like a cholent, with onions and carrots and potatoes and seasoning.  David doesn't care about the seasoning.  I want my ashes to be put into film cans and anyone that wants to be part of my ceremony should release my ashes in whatever place they would remember me.  I don't want anyone to have to come to a place to have an in depth conversation with me. And whenever I visit my parents,  I do have lengthy conversation with them.  It usually
starts this way, "Maaaa, where are you when I need you to answer important life death questions. Like, are you still playing cards with the aunts?"

It gives me comfort to know that my cousins are checking to make sure everything in the cemetery is in order.  Dad has perennial care but I pay for Mom yearly because when I,m gone there is no one else who will go, and the cemetery, (whether you have care through eternity or  yearly care) doesn't take care of the graves, unless they are right in the front-- which we are not.

The Chicago Musical Theater Festival seemed a perfectly reasonable place to position “Gefilte
Fish Chronicles — the Musical”. Lots of theaters, lots of talent, and not too costly for a festival — if you live and work in Chicago. But for GFC, there is a Comfort Zone. And if we have our director  (Emily Maltby) and the man who orchestrated the music (James Higgins) we feel OK about using local creative and admin people. And they were great (Jermaine Hill, and Stephen
Kossak). There no shortage of local talent. Our cast is amazing. There was some kind of
misunderstanding and one of the lead actors can not perform in the last production, so it looks
like we may have to cancel that.  As Matty and Emily say, three solid performances is better
than three solid performances and one lame show.

When we arrived in Chicago, we had rented an apartment through CraigsList which turned out
to be a hoax. It was an expensive hoax and I lost $4000— which was 3/4 of our budget. I spent
two stressful days on the phone and couldn’t find anything, when I happened upon the Guest
House on Clark.   Sara, who does the booking, was amazing. She not only understood our
predicament but as a part-time Stage manager, she felt our pain. They gave us a beautiful
apartment at a most reasonable rate. Having travelled all over the world, I can honestly say that
when you are tired and stressed, there is nothing better than being welcomed by family and
being able to collapse into a comfortable space.

In their book of hotel facts there are actually terrific restaurants that deliver, and if you are tired
and have had nothing but a frustrating day, a hotel like this is a priority. And they are pet friendly.
They loved Tyrone. Even though his favorite thing was to throw the pillows on the couch in the
lobby off the couch. Throwing pillows, being couch or bed, is on the top of his favorite list. Here
is what I will say, there are probably more luxurious places to stay, but there are none that are
so well equipped, friendly and comfortable. And as a bonus, they are very close to Andersonville which has some of the best restaurants in the city.

If you are going to Chicago, think the Guest House at 4872 N Cark. You won’t be sorry. We’re 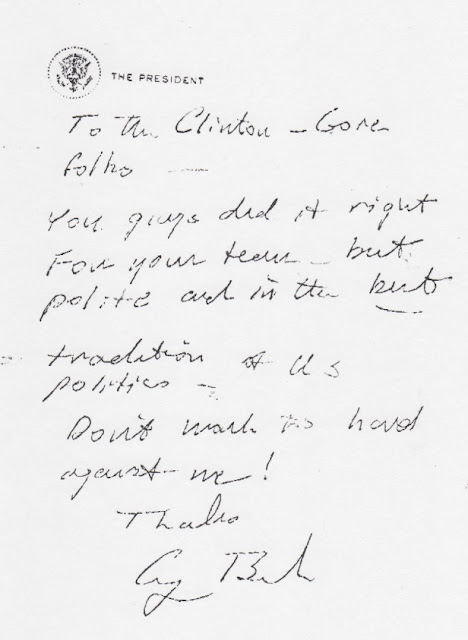 Anyway, Our day began with a conference-comedian-meeting-call in the AM and putting together comedy writers from all over the country.  The majority of people who worked with us would have been considered dinosaurs, but we were experienced political message people — which is why we were so successful.  There’s lot’s more but you’ll have to pay for the rest.  So what should we do this political year … we have some ideas.  We’re just sayin’… Iris
Posted by Iris&David at 9:41 PM No comments: