Meater in the Cathedral

It isnt everyday that you have some kind of religious experience. It’s well possible if you look hard enough, to find some kind of evidence of divine intervention, almost anywhere you might look: the wings of a small insect, a sunset across a field of snow, whole mountainsides of red maples all lit up in autumn. But, let’s face it, those are natural wonders. They have existed for eons. Hopefully they will be here long after we have become dust. But the kind of experience I’m talking about are the man made ones, the Leonardo and Isaac Newton kind. The ones that could happen in sun or rain, snow or sleet. The kind which by their very man-made existence, inspire you to think of greater things, more amazing possibilities, higher callings. 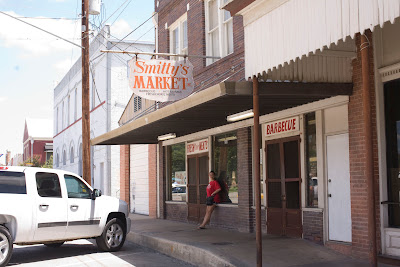 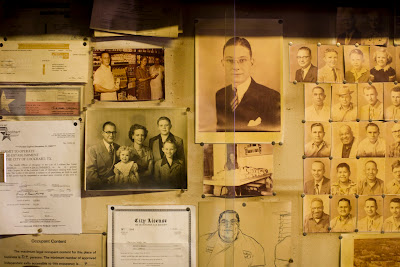 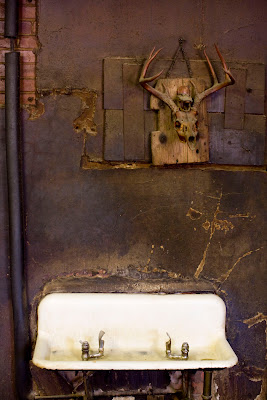 Today I had one of those experiences. The kind the pilgrims at Lourdes understand. The sort of thing that most of the Chaucer characters on their way to Canterbury might have understood. I visited a quite singular cathedral. A place where faith is held dear, and tradition rules not merely because it’s tradition but because it is worthy of being tradition. I’ve been working in Austin, Texas a couple of days this week, and as I neared what I thought might be the end of my work day, I had visions of making a pilgrimage. And just as I was about to bid my friend adieu, one of them said, “You know, I think I’m going to go visit the Cathedral of Meat.” When you’re in Texas, and people start talking like that, you have to pay attention. I paid attention. When he said Smitty’s it didn’t mean much to me. I’d forgotten the backstory about Smitty’s. It all goes back to the history following the German immigrants of the 19th century. They did a lot of things well, and one of those things was smoking meat. They knew that by letting meat sit for hours in a field of low temperature smoke breaks the meat down and renders it tender, delicious and unforgettable. One of the families which mastered that kind of smoking was the Kreuz family. For the better part of the 20th century their meat market, and the meats they smoked were legend. The store was sold in 1948, and the descendants of the buyers – the Schmidts -- ran it for another half century until a family squabble (ain’t it always the case?) caused a brother to take his share of the business, move it three blocks and open up his own place. The original joint, now called Smitty’s is truly a cathedral of Meat. The dedication and care given to the preparation and presentation of those amazing cuts, smoked for hours in giant smoking ovens, its startling in its sincerity. It’s not about the fancy décor, nor is it about the elegant wine list. It’s about meat. Plain and simple. 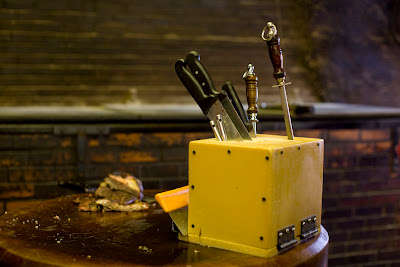 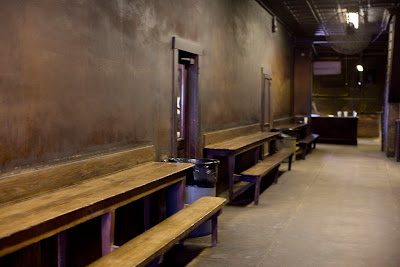 We ordered a mixed bag: 2 pork chops, a big slice of prime rib (fantastic!), some smoked sausage, a few pork ribs, and some sliced brisket. And don’t forget the white bread. Yum! It’s still served in this gothic like homage to carnavery on pink butcher paper, with plastic knives as the sole utensils. It doesn’t pay to get cute. Stay with the program and the program will stay with you. I, who rarely drinks soda, ordered an RC Cola. Kind of seemed fitting, and was a delicious counter point to the rich oily lusciousness of the meats. Walking in, I was told that the long hall with with decades old wooden tables, was like the apse in at Chartre. The back prep room reminded me of the long rows of pews at Winchester Cathedral. The ovens might well have been the pulpit at Notre Dame. I think I got the point. 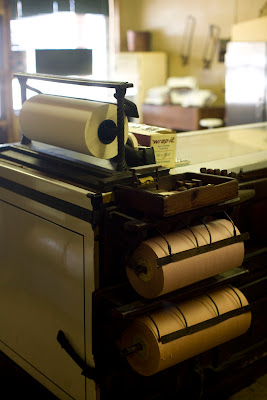 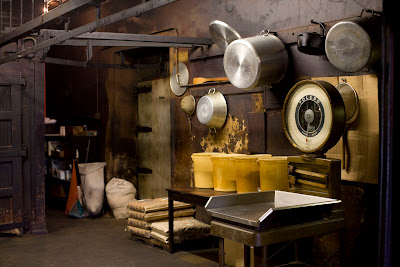 Traditionally, these places don’t serve sauce as the idea of sauce tends to overpower the initial impression of the meat. It really is not for vegetarians, nor folks who think a 4 oz. steak, mandated by the FDA as the right ‘size,’ is actually ‘enough.’ The package the three of us shared was stupendous in its diversity, its richness, and in its tenderness. 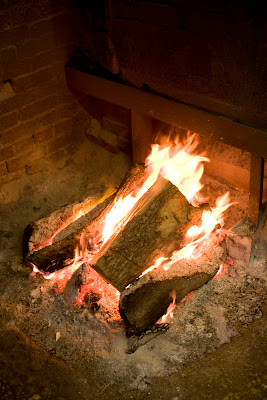 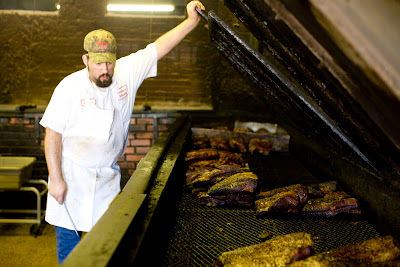 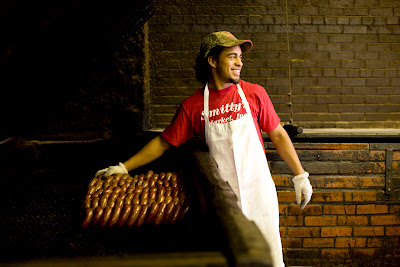 Melt in your mouth is a term over used, but I can honestly say there was a melting process with each and every bite. On the way out I thought about lighting a candle, the kind you might light at a small Tuscan church, to remember someone. And though no candles were available, I can think of a lot of friends who were’t there today, who would have understood what such a trip is about. It’s not the kind of thing you need, or even can, explain. If you don’t get it, you don’t get it, and nothing, not even a slice of brisket will change your mind. But next time you’re driving in central Texas, and you happen to be within an hour of the otherwise sleepy picturesque cowton of Lockart, set your GPS to Smittys. You won’t regret it. We’re just sayin’… David 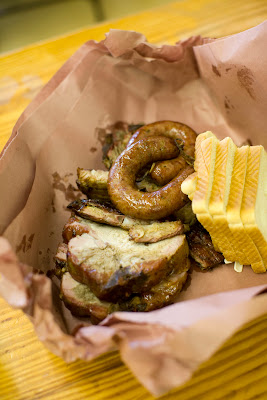 p.s. and No, there really ISN’T any reason that a well meaning young Seminarian with a little faith and some determination, couldn’t duplicate the experience in New York, Sacramento, or Chicago.
Posted by Iris&David at 11:50 PM

you keep coming to Texas and not calling me...

alfonso.. im def. coming back to austin again on this story.. which isnt' finished.. and you are on my list when i get a minute.. this whole trip was pretty much taken up with the story & shooting.. and the subject thought .."hey lets go to lockart".. how could i resist.. but sometime in aug/sept ill be back, and we SHALL finally meet!! ah... Meat!

I still remember my visit to the Cathedral of Meat only mine was to the orginal Kreuz. Before the family feud. Unbelievable. They had a very special treat that day. Lamb chops along with the usual brisket, etc. And, the only green vegetable was a bowl of avocados at the cash register. At the end of the meal, I asked my fellow pilgrim if we might stay for ...dinner.
M.

The Department of Homeland Security should be charged with mediating the family squabble that has split the Kreuz's. However, all though Smitty's got all the atmospherics both serve relentlessly fab meat. It is like the the first time you sit down to a meal in Italy -- a completely perfect event which requires no spoken language to understand. Joe Cowart