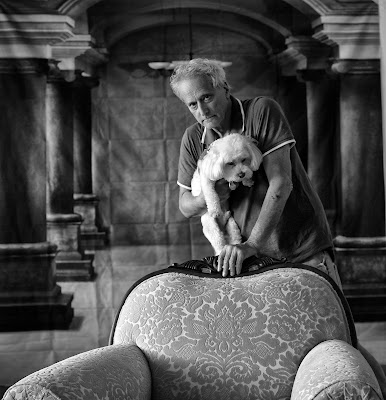 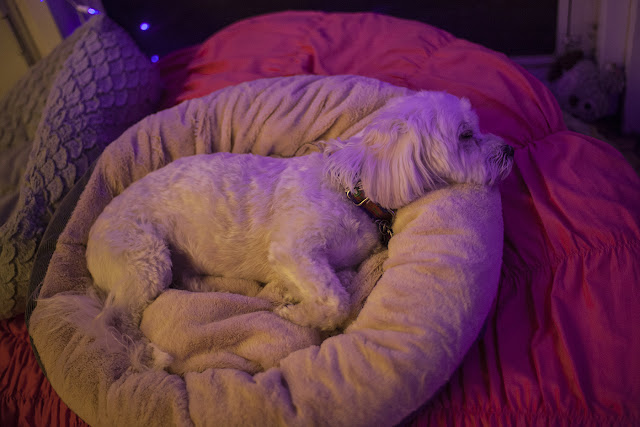 Posted by Iris&David at 9:31 PM No comments:

Reflection on Life - And It Just Keeps Goin'

I think I'm finally starting to understand what my dad went through in the 70s and 80s. No one was a bigger booster of amity, friendship, and checkered sport coats than Ted Burnett. We three kids gained from him, I think, a perpetual desire to go forth into this world and make friends, and partake in the simple yet undeniable joys of fellowship and friendship. Dad travelled on the road for several decades, selling watches as a manufacturer’s rep, meaning big wheeled cases of watches in the trunk of his DeSotos. But always next to those watches was a golf bag, with a “travelling kit” of clubs, enough to play with without feeling cheated or under-clubbed. When he’d finish writing orders at, say, Molinelli Jewelers in Pocatello at late afternoon, there was always time to find a course, join a couple of guys who were starting out, and play nine holes before getting back to the hotel and writing up his sales orders. More than once I remember him saying “I’ve never met a jerk on the golf course…” He could meet someone for thirty seconds, and the bonds of friendship would begin to form. And even in his 80s, as he started to decline, almost nothing would keep him from the course and a chance to hit the ball (even if it wasn’t necessarily his…) he just loved the camaraderie. That’s why it was kind of odd when, in his 70s, he started to shy away from going to the funerals of some of his friends. I couldn’t understand what the rationale was. What could he possibly be worried about, that would keep him from making a small tribute to his buddies. But as I approach that tender age of understanding, I think I am beginning to see what it was that seemed to unnerve him. There is a period in your life, different for each of us, when you reach that tipping point: you are no longer making friends quite as fast as you are losing them. By the time you’re in your 70s, even if you can’t possibly believe that the number describes you, you will probably meet new folks going forward, but in all likelihood, it will be at a slower pace than the speed with which you are losing them.
This past month has been somewhat jarring. Don North, the perennially ageless former ABC correspondent, who never stopped working in a 50+ year career as a writer, reporter, and TV correspondent passed away a few weeks ago. Today I learned that Steve Bell, who I knew in Vietnam in the early 1970s, passed away last Friday, after a long career in TV, and more recently as a professor of learning-how-to-really-be-a-reporter at Ball State Univ. in Indiana. It seems as if there is a long swept-out moment when those of us who made it to this point are seeing our friends and colleagues ending their run. I kind of get what dad was going through. The rate of loss is higher than the rate of replenishment, and while there is nothing but esteem and admiration for those departed souls who viewed journalism as a worthy, honorable profession, it is, on a personal level, hard to understand that, above all, it’s a way of seeing that you might finally have to acknowledge that you are a grown up. I have tried never to reach that point. Grown ups? That was a place for others, and not something which interested me. (It also causes great amazement to see 20- and 30- somethings who seem to have lived their entire lives as grownups, and consequently end up in business or government making those ‘grown up’ decisions which seem so alien to me.) 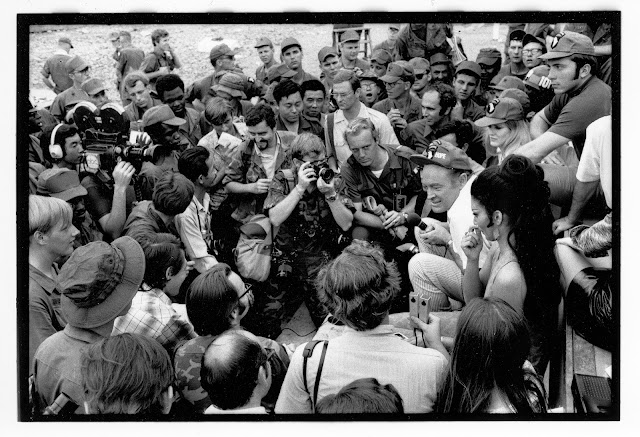 I hope to keep running for a while. Recently I again quoted Martin Luther King Jr. from his speech in Memphis the night before he was shot, that he’d like to live a full life, and that …. “longevity has its place.” Of that there is no doubt, but what remains important is to do something with the time you have. Seeing my slightly older colleagues departing on their last story, it’s hard to put that feeling of melancholy in to a positive life force, other than acknowledging that they did great work, and as we all hope to do, have contributed to the betterment of society by explaining our world.
One’s opinions of friends and colleagues is often based on those first, earliest moments of interaction. I can say that while there have been a few jerks along the way in my world of journalism, it has been, like dad’s golf course friends, an enormous source of joy to have covered the world with a great bunch of men and women. Tonight I’ll probably lift a glass to Steve Bell, Don North, and Barry Kalb (another recent departure, and a friend from the TIME days of the 1970s & 80s) and thank them for being nice to a young kid in the business, and for telling the story the way it needed to be told. (picture: Bob Hope & Johnny Bench, and unnamed showgirl(her desc. not mine!) at Phu Bai, Vietnam, Christmas Eve 1970. With reporters Richard Pyle (AP), Steve Bell (ABC), Morton Dean (CBS) photograph ©2019 David Burnett/Contact)   We're just sayin'.... David
Posted by Iris&David at 6:58 PM No comments: