The "Bureaucratic" Facts of Life


Here are the facts:

The United States government is a bureaucracy.  What does this mean. There is an Executive Branch, A Congress, and a Supreme Court. One person cannot do anything they want because there are checks and balances--and a great many people who only want to say No to whatever a President wants to do. Like build a wall and drag illegal immigrants back to their own country. Even if their own country  happens to be the United States of America. The Departments (State etc.) and 162 or more independent agencies, (National Endowment of the Arts etc.), are populated by civil servants, foreign service officers, and political appointees, The first two categories of the aforementioned categories, think it is their job to maintain the status quo. What does that mean?. It means that they hate change. They want nothing to change because as long as nothing changes, they don't have to adjust to anything new at their jobs. Of course there are exceptions, but I challenge you to name 10. I got all the way to seven.

The last category, or political appointee, serve at the pleasure of the President and it is possible for the civil servants or Foreign Service Officers, to make sure that no matter what the President wants them to do, it will be impossible to do it. There are exceptions, but they are also hard to find. If you find them they are probably people who started out as a political appointee and instead of having fun, when their President leaves office, they burrowed and have become a part of the bureaucracy they once despised.

Confused?  My point is coming right up.   If Dump wins, (you know who I mean), I predict, that because he won't be able to get anything done, he will resign.  Can you imagine him sitting in the Oval office with nothing to do.  Talk about dangerous. He doesn't need the perks that most Presidents, who are not billionaires, have available to them -- planes, security, on whom they can blame anything, staff and servants, often immigrants.  He will resign because it is only fun to be President when you can appreciate all the goodies.

No need to discuss a Cruz Presidency because he is not going to win --- he’s too mean, too nerdy, a liar and unpleasant.  And the Governor of Ohio should continue to be the good governor he thinks he is.  The brokered Republican Convention that Republicans are hoping for, if  Dump has the votes, he will be the nominee. Bernie --- who doesn’t love Bernie?  But unless Hillary gets indicted the numbers don’t work. It appears we are facing a Clinton-Dump race. And perhaps,  if the Republican wins, we are facing a mystery person Presidency. We're Just Sayin....Iris 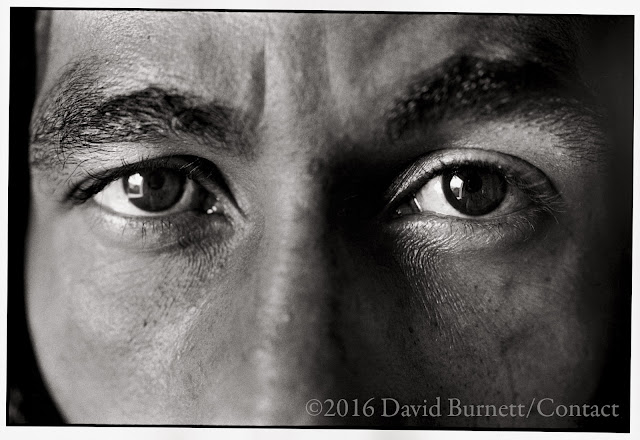 Forty years ago this week, I was the happy recipient of what I like to call “the magic phone call.”  It was an era where the publication of magazines was thriving, and part of what those magazines produced - let’s face it, it was like the loss leader at a big store - were the photographs which drew the eye, and interest, of a viewing public toward the page.  In the era of  “citizen journalists,” and countless iPhone users — all of whom think of themselves as photographers in this neo-visual age, it is hard to understand what the importance of a wonderfully fulsome system was.   It was one of those “Golden Age” periods of photojournalism, hallmarked by three forces:  Magazines with pages to fill,  Photo budgets which let editors keep photographers “in the field” pursuing new work, and above all, a desire for the magazine entity (in my case mainly TIME) to beat the tar ouf of the competition (mainly Newsweek)  every week.  This wonderful intersection of means, ends, and desire, created an ongoing and quite impressive pressure which not only hoped for, but demanded good work on an ongoing basis.  It didn’t always mean that the work ended up being properly displayed in the magazine, but now, decades later, one realizes that the real magic was that the work was created in the first place.  It was a formula which so many of my generation knew and appreciated, and which the current beginners in photojournalism will seldom know.  As we live in the age of ‘everyone is a photographer,’ it becomes harder and harder for those starting out to find the kind of funding which lets them pursue a story which is farther away than one’s own neighborhood.   (It is, nonethless,  an axiom of photojournalism that everyone lives within a block or two of a great story.  But doing those stories never seems to be as exotic and beguiling as something halfway around the world.)

And so it was that one day in early March, 1976, I received one of those “magic phone calls.”  It came from John Durniak, the flamboyant and near-genius picture editor of Time.   In what was common for the 1970s, we had a very brief phone call, the gist of which was “we’re doing a story on this new kind of music called Reggae, and we want you to go to Jamaica and do some pictures.”   In what might have been considered a hand-shake deal, the assignment was made, though in fact in five decades, I can recall only one or two actual handshakes.  It was all based on your word.  The word of the editor, and the word of the photographer.   Within a few minutes I was dealing with the actual picture researcher who was working the story, who made sure I was hooked up with the reporter, David DeVoss, who was an old pal of mine from 5 years earlier in the Saigon bureau.  I booked a ticket to Ocho Rios, and drew a bunch of film (something like 40 Tri-x and 40 Kodachrome - you had to ask for 70 or 80 rolls for someone to even raise an eyebrow) and some old Graflex strobes. Cause you never know when you might need some light for a dingy lit stage.  Somehow, now,  I am free to admit that as I got on board the plane for Jamaica, I didn’t really have any idea who Burning Spear, Fabienne, and even Bob Marley were.  But that was what journalism was about:  Finding out about something, and sharing what you came to learn in pictures with your audience.

Island Records, the young label whose clever owner Chris Blackwell had signed many of the big reggae groups, was helping move our trip along.  These days, I suspect, the whole thing would be paid for by the company (if the magazine would accept such gratuities) but we paid our own way, and let them do the magic of hooking us up with the talent once there.   Five years later, I would spend considerable time in Jamaica (15 weeks scattered over 3 years) but in 1976, inspite of a pretty good ear for language, I was challenged by the Jamaican patois.  Later, as I “got it” it became clear what a poetic and expressive version of English it truly was.    David and I spent several days meeting with musicians, (Burning Spear, Ras Michael & the Sons of Negus) and other Rasta musicians who were the core of reggae.  At the end of each meet up, some one would ask us, “when you gonna see Bob?” as if this were the one thing we couldn’t pass up if we hoped to really understand reggae.  On the fifth day we drove over the island to Kingston, then as now a scrappy, tough place, with wonderful people if you can only get to meet them.  We visited Randy’s Records, a hub of island music, wandered briefly through Trenchtown, and on the last day saw Bob.  What was perhaps the coolest  part of the afternoon we spent with Bob Marley was that aside from someone from Island getting us there (to make sure we made it to the right house…)  there were no publicists, no hangers on, no one to say “you can’t ask him that.”  We spent several hours in a sitting room with Bob, with DeVoss asking him about everything from the idea of justice, to ‘Gun Court’, and of course music.  As a photographer, you tend to tune the audio out during interviews, spending far more energy eyeballing the subject and trying to find a picture that might be lurking. (“That window is a little too back lit, but if i bother trying to move him around, that probably will mess up the mojo of the moment. How do I use that light… maybe it’s better over there…”)  You scramble, you hop around, you try not to be obvious, and you hope that it might be  a little better just over there.  In the end, we spent several hours with Bob, and he couldn’t have been any more welcoming.   We talked, we shot pictures, and just before we left, I asked him to run across the yard, in front of the garage, a dozen times, trying to shoot with an old 35mm camera I’d converted to a “Race-track Finish-Line” style of camera.  He was a great sport, though I think he must have wondered what the hell I was  doing.  A year later when I met him with the band in Paris, for the start of the Exodus Tour, he saw that streaky  picture, and I reminded him  “Remember when I had you run back and forth in front of the garage…”  and he broke into a big smile.   At that moment, I was in for the next four days on tour.  Spending those few days with a guy who I realized was so wise, was like a gift.  Like so many stories when you meet someone you don’t know, learn about something you were clueless of, it helps you to create something which your viewing public can see, and appreciate.    Forty years later, these pictures,  an ode to Tri-x, mean more to me than when I was the clueless, but lucky photographer, just looking to make a few good snaps. And a tip of the hat to Chris Murray of Govinda Gallery in Washington DC, who convinced me that you could to a photographic book with material shot in only a few days.  If it’s the right subject, and the right few days, it can definately work.
Posted by Iris&David at 1:52 AM No comments: