Sammy’s is not just a restaurant, it is a happening. A place where there are mostly large tables, often occupied by people celebrating some occasion. In fact, when you arrive they ask you what you are celebrating. If you’re not-make something up. It’s more fun to think you are having a party for a reason. As it happens, we decided Sammy’s was a perfect place for a family reunion. 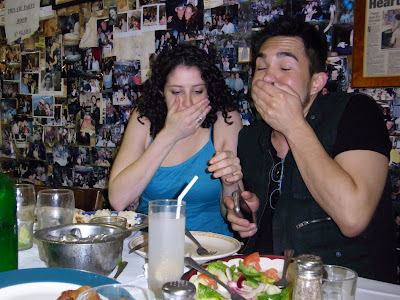 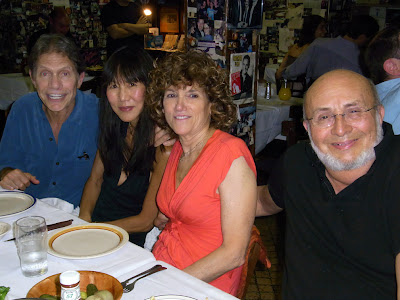 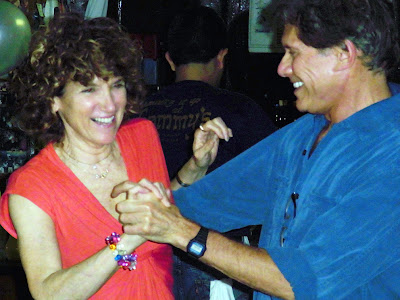 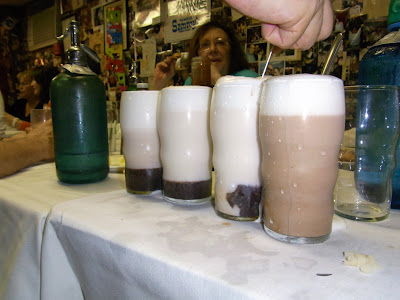 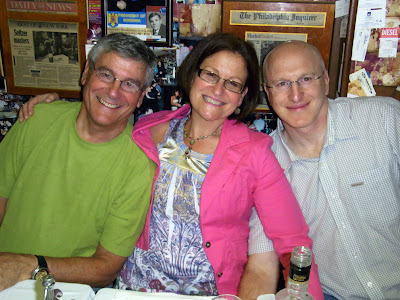 The real point was for our cousin Lori, who found us when she was accidentally watching “The Gefilte Fish Chronicles”, said to her friends, “Those people could be my family.” And only after about twenty minutes did she realize it was her family. 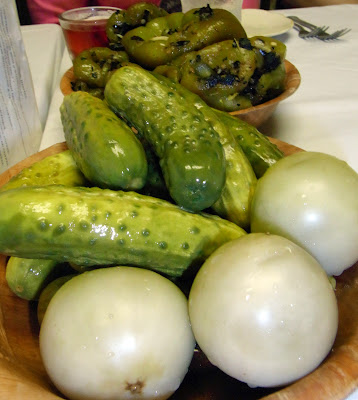 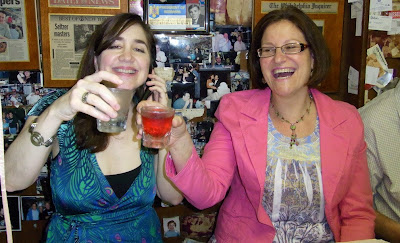 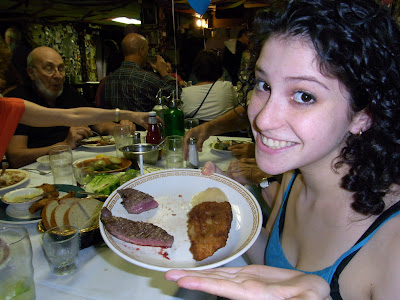 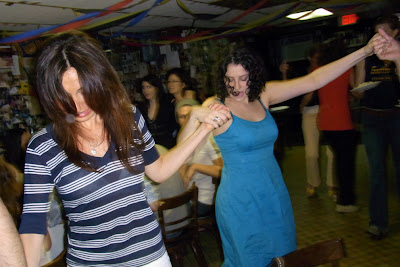 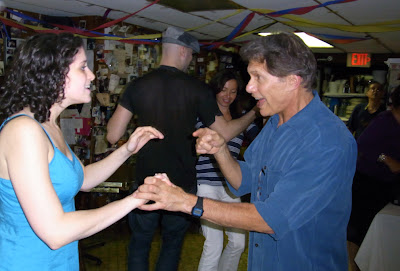 We invited all the cousins in the area to come for this special dinner and about sixteen people actually showed up. Here’s what you need to know about Sammy’s. They serve an enormous amount of food. But don’t let them order for you. Decide what you want to eat and order it. If the server (and I would heartily suggest one of the women because the men are surly and not much fun), suggests that you order ‘family style,’ do not under any circumstances do it. What you must have is the chopped liver, with gribenes and schmaltz. , the Roumanian steak – it hangs over the plate—get the large and share it, the Karnatzlack ( a garlicky beef sausage,) chicken fricassee, fried potatoes and latkes. And of course, there is always chocolate pudding with heavy cream for dessert. [Editor's note: the Chocolate Egg Cremes are fantastic!]

Going to Sammy’s is like going to the theater. It is interactive theater, but with a meal the size of a large ocean liner, presented as part of the entertainment. It is a place where you eat, sing, dance, and laugh with strangers who are equally entertained by whatever is happening at their tables. [Editor’s Note: we always fish out one of the business cards stuck onto the wall, call that person, and tell them we’re also having a mahvelous time.] It is an adventure in smiles. Not to be missed and not to be dismissed. 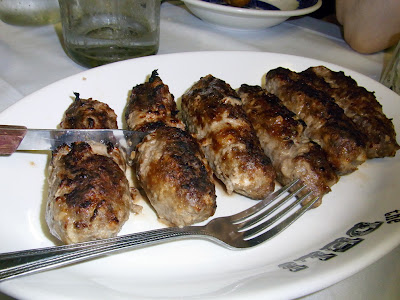 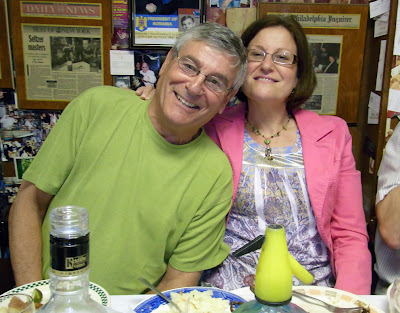 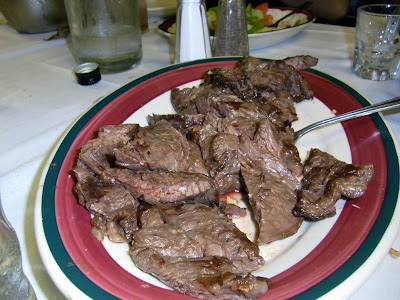 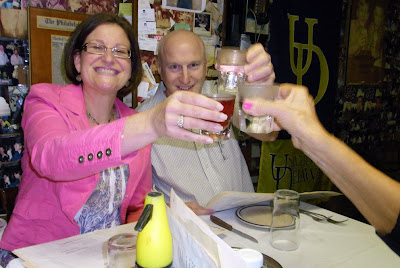 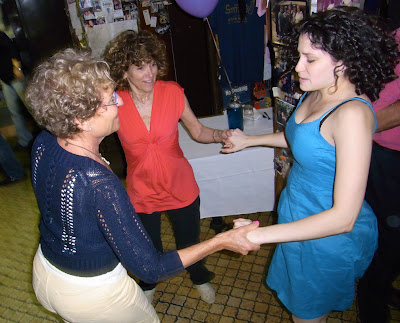 The first time I went to Sammy’s Roumanian Restaurant I went with some political friends. They asked me if I liked steak and I do, and they said they were going to buy me the biggest steak in NY. We made our way all the way down to the lower east side of Manhattan, walked back in time, to my Aunt Sophie’s house, on a Friday night—only with a Catskills musician singing the same songs my mother had on the cassette player in whatever car she happened to be driving. 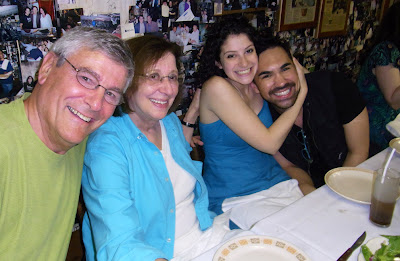 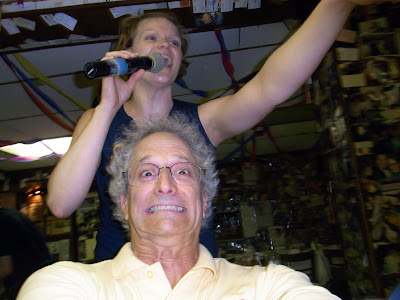 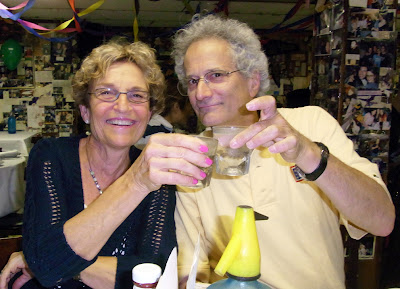 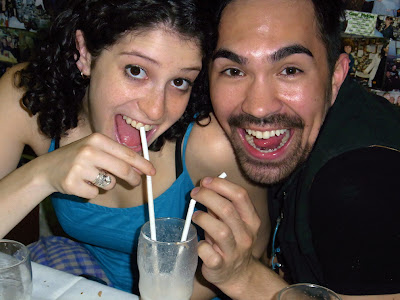 It is a haimisha place (it feels like you are Jewish regardless of your faith), and although it is not something you want to do more than twice a year (the food weighs as much as the large ship), it is appointment dining (not fine dining), for people who are no strangers to the Sammy’s culture and those who need to be exposed to something they have never experienced before. As my mother always said—or somebody’s mother did, “try it, you’ll like it”. We’re just sayin’… Iris.
Posted by Iris&David at 5:31 PM