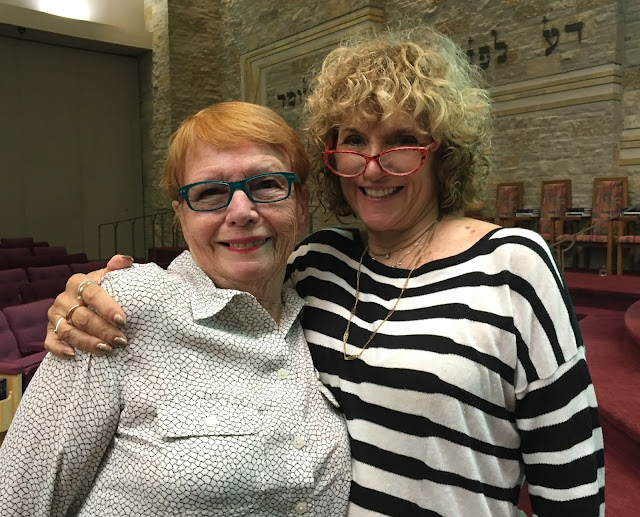 Posted by Iris&David at 7:45 PM No comments: 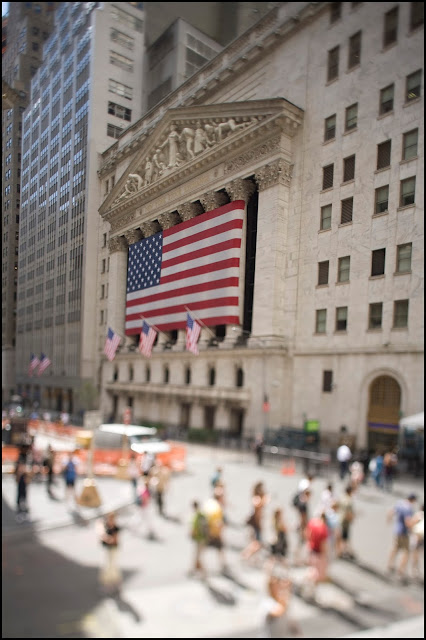 It was 8 years ago this week that i received a phone call from Katie Ellsworth, then the Washington photo editor of TIME Magazine.  I had worked for TIME over five decades, covering politics, business, general news stories, and the occasional gig at the White House.  Her call was to see if I could make it early the following morning, to do a portrait of the Secretary of the Treasury Hank Paulsen, the former chief of Goldman Sachs (did someone say “revolving door?”) who had been the Treasury chief for two years.   We were in what seemed to be a roiling in the credit markets, and an incredibly fast-moving series of collapses of some of the biggest and most noteworthy financial institutions in the country.  (I wonder why they are always “financial institutions” instead of “financial companies” - I guess because we think they will always be there.)  In the middle of that September, Lehman Brothers and Bear Stearns each disintegrated within days of each other, turning billions of dollars into nothing more than mere dust. And not Gold dust.  Just dust.  As if the country was the Titanic, and one by one, bulkheads popped, letting waves of seawater rush in, and if you had been the Captain on the bridge, you would have understood that in just a few minutes, the mighty behemoth would be nothing more than a metalic ruin, easily overrun by the sea.

I arranged with the Treasury  Public Affairs folks to show up about 7:15am the next morning, giving me time to put up a portable backdrop, and even set a light or two if needed.  Paulsen was leaving a live Today show interview in his office, was en route to the Oval to see President Bush, and I would have about a minute or three on the West end of the Treasury building, on a small veranda of grey marble, as he left one building headed for the next.

I had probably two, maybe three minutes with him.  In those pressure-packed moments where you realize it’s quite easy to blow it, you become surprisingly unaware of the passage of time, other than it always goes too quickly.  In your head you want to slow everything down, have a minute to ponder, engage the subject, come away with something remarkable.  But it almost never works like that.  So you shoot a few this way, a couple that way, maybe a third something of some kind, and by then the press secretaries are chomping at the bit, trying to get their boss to the White House without getting yelled at (which is, by the way, the main reason anyone does anything in Washington.)

I shot furiously with my 5D, and did manage to make a couple of frames of Paulsen with my Speed Graphic.  In 2008 I tried to shoot a few large format pictures on every job.  The old camera usually was self-supporting: that is, most subjects would find it curious enough as an artifact to actually let me stretch another minute or two of their time, to make a picture.  But here is what I really remember from that morning:  Paulsen, the boss of the Treasury, the lion of the FInancial industry, a man who made more million dollar phone calls in his life than probably anyone I’d ever photographed, was scared shitless.  Positively Scared Shitless.   He knew what had broken, he knew what was about to break, he understood the depths to which the waves of catastrophic collapse were about to occur.  That is what frightened me.  I’d been listening to the news of that week with increasing worry, like most people.  But it was what I saw in Hank Paulsen’s face that scared the shit out of me.

It’s rare as a photographer you are in the position where time, space, and circumstance intersect, and that you can make a picture which reflects it all.  I’m not really sure my Type 55 of Hank Paulsen rises to that level, it probably doesn’t.  But what I do know is that whatever one’s personal view is of the Obama 8 years, it’s simply unimaginable to hear people say that things are worse now than they were in 2008.  We have a helluva lot of problems to deal with, both at home and in the world at large.  But the demeanor of Hank Paulsen, as he saw the world he intimately knew starting to crumble before his eyes, is a reminder that we were perilously close to a ruin far beyond anything any of us have ever known.  We're just sayin'... David 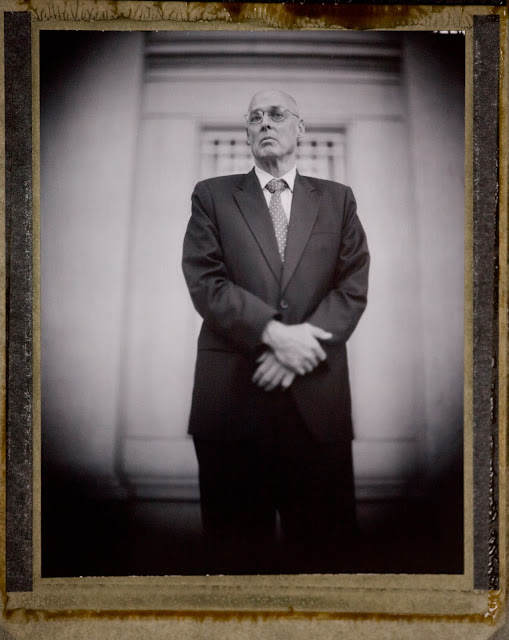 The Copley Square Hotel,  tucked away but just steps from the Prudential Center,  the beautiful new wing of the Boston Public Library, steps away from the charm, restaurants, and shopping on Newbury Street, the majesty of the Trinity Church, and the quiet beauty of the Boston Garden, is this well appointed, both people and pet friendly boutique hotel.    If you are touring or working in Boston, and you would like to feel happy about being in a hotel that is welcoming and relaxing as well as a place where people like to come together to celebrate the activities of the day, this is the place for you.      In the lobby is which includes many different comfortable couched areas, including a mini bar, a gourmet but simple restaurant, and as well as  places to socialize, is populated, not with gigantic overwhelming flowers but but elegant, delicate succulent plants — much more interesting to see and investigate. And if you are at the hotel between 4 and 6pm, everyday there is a wine tasting.  We just missed the tasting for some of the days we were there, but a member of the staff always went to get us a glass of an excellent red or white.    The sleeping rooms are a bit small but thoughtfully decorated so you don’t feel cramped. We work and rest in a hotel room, but even though not sprawling, at the Copley Square there it is pleasant to be there.     Having traveled all over the world and sampled so many different kinds of hotels, the Copley Square is very well thought out. The people who manage this excellent place to stay have made very good choices.  It is worth discovering all its possibilities.We’re Just Sayin….Iris
Posted by Iris&David at 2:55 PM No comments: