Wonderful and Horrible and Wonderful 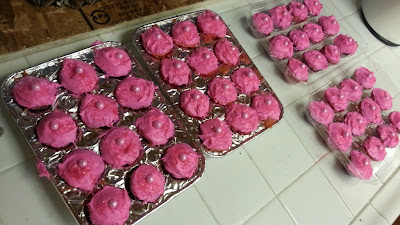 We are without television so we have no idea what is happening with the Mayoral election in NYC.  This is totally frustrating because it was such a circus that it’s hard to miss the rest of the entertainment.  Oh wait, we can listen to the radio – on the laptop.  What a novel idea.  We might even listen to Obama address the nation, on the radio – on the laptop.  When was the last time anyone you knew listened to the news on the radio, instead of TV.... by choice?
We just heard from the Spitzer HQ. Who cares. Now Stringer’s HQ. Who cares.  Now to Quinn’s HQ. (apparently she’s the best candidate but her consultants designed a campaign that presented her in such a way, that no one liked her.)  Now that’s pretty dumb.  Who cares? Well if we don’t care why are we listening -- it’s what former political junkies do.  Oops, now we turn to DeBlasio’s HQ. He’s probably going to win. I guess that’s something to care about. I’d tweet something clever but I don’t know how.   We’re just Tweetin’  … Iris
Posted by Iris&David at 11:13 AM No comments:

There's Something about the High Holidays

The Jewish High Holidays are fast approaching.  When you hear that don’t you get a visual picture of challah and honey sneaking up the road, almost breaking the land speed record.  Neither do I, but it was a better beginning than “It is almost time for the Jewish High Holidays.”  Actually, while not a religious person, the Holidays mean a great deal to me.  It was a happy time for my whole extended family.  Everyone talked about what they would wear to Temple, and where they would by it. Shopping was always a favorite topic for my Aunts and my Mom. (Although it was unclear whether she liked shopping or returning better.)

It was the time for us to get our dress-up clothes, our school clothes and our school supplies.  There was nothing quite as wonderful as buying book covers, note books, new pencils, paper, erasers, and rulers, wven if we didn’t use them.  What a joy sharpening your own pencil, turned out to be.

Anyway, the Holidays marked the beginning of Fall and the opening of school. They were usually after school began, so we got off the two days of Rosh Hashanah and the one day of Yom Kippur.  Tina, my best friend, and I sang in a special children’s choir.  It was supposed to be a serious, sweet, children’s presentation of the prayers.  But we could never make it through without looking at each other and laughing.  So the Rabbi, who had a great sense of humor, stood us back to back.  Unfortunately, we could feel one another laughing and no matter how hard we tried, we always got the giggles.

The High Holidays are a time for reflection, remembering, forgiving, and getting yourself together to face another year and whatever it brings.  Let’s face it, some years are terrific and some really suck.  But until you are at permanent rest, you need to make it through the 365 days that lay before you.  For me, these Holidays are the time you figure out who provide a support system, who no longer belongs in the picture, who can make you cry, and most importantly, who can make you laugh.  Those are people you never want to go away.

September, rather than January (which is too cold), is a great time for reconnecting or even reconciliation (which is often more difficult).  Let me share a story. A few years ago, on Yom Kippur, the Rabbi told a story about not being in touch with a good friend.  He never made the time. After too many delays, he reached out and learned the friend had passed away.  The story inspired me to call one of my closest friends. We’d  had a falling out and because we didn’t live near one another it was easy not to talk. For over six or seven years.  We are tight as a new girdle now. And have been since that phone call.  We couldn’t even remember why we hadn’t spoken for all those years.

There are a finite number of hours in the day and in our lives.  I have worked pretty hard to stay in touch with friends from elementary school, high school, college, work, and politics.  When you work on Presidential campaigns you see your friends every four years, sometimes every twenty years, because people have their own lives and priorities. Hard as it is to believe that I am not everyone’s priority, it’s true.  But every once in a while a person whose friendship was more than important, pops back in to reconnect. That happened to me this week. It has been a joy to get to know a dear friend all over again.  And it’s like dominos.    You start to think about everyone with whom you want to connect. So you try.  For me,  that’s what these holidays are all about.  Happy and a Healthy New Year to everyone with whom I have connected, and everyone who knows I have tried.  We’re just sayin’…. Iris
Posted by Iris&David at 3:34 PM No comments: