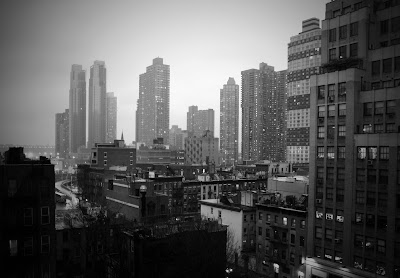 a rainy day, otherwise averted..
There is a story, probably true, about two well known Magnum photographers, a story going back a couple of decades, I’m sure. Henri Cartier-Bresson, one of the founders of Magnum, was greeting Bruno Barbey, just five years older than myself, at one of the meetings in Paris. The two embraced in that modern European manner, hands about each other’s torso, when suddenly Cartier’s hands went from a gentle touch to something more akin to a frisk. And within a few seconds, he pushed back from Bruno, and exhorted, “But where is your CAMERA?!” He couldn’t imagine a fellow photographer being without his LEICA for even a minute. That story, I have to admit, comes back to me just about everytime I leave the house, or apartment, and venture into the real world. (Real world is defined as that place where you no longer have any control over anything.. usually its just beyond the kitchen, sometimes the dining room. ) But for a photographer worried about ‘missing’ a picture, and who isn’t, it’s that basic conundrum. How do you carry on a life which is essentially rooted in the act of taking pictures, and at the same time, occasionally give yourself a break. I suppose the proper answer is that “there is no break.” You are always ON. And depending on your mood, that can be either a dreary supposition, or one to look forward to with earnestness. We have all had those conversations with photophiles (usually a spouse of someone we met through our own significant other’s work…) who wants a little more info about which camera to buy. “ I love that REBEL, but it’s so big, I worry that I won’t take it with me….” Or “The Leica D-Lux is beautiful, but it’s so small, I worry that I might leave it sitting on table at a café..” There are just too many foreseeable, and unforeseeable issues in the choice of a camera, which I suppose is one of the reasons I own about 48 cameras: presumably there is a situation in which each one is Perfect. 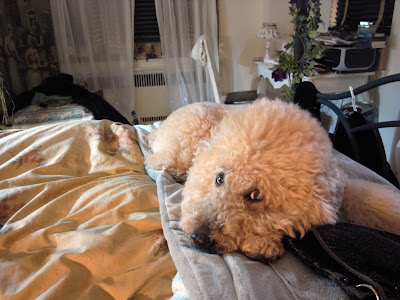 Madison, unruffled (sort of) by the lack of noise from the camera
That right combination of heft, viewing, and quality, which lets me happily get through the exercise without a major panic attack. I have seldom been a victim of panic attacks, but they can happen for the most unseemly reasons: for example.. I forgot to bring the FILM (this happened on an ARMY recruiting shoot 10 years ago, the assistant neglected—and so did I—to get all the film in the dresser drawer and take it to the car); where are the Fresh batteries? (this happens all the time.) I forgot the piece of paper with the local contact’s name and phone number. (Too numerous to mention.) 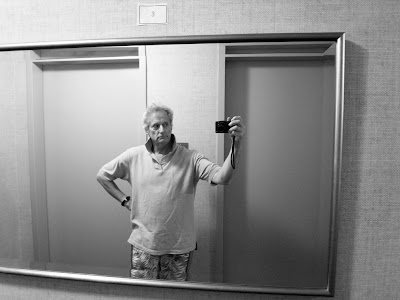 the tiny & wonderful R10 Ricoh
You get the idea. All of these dream jobs, including the one I am happily occupying for the last forty years, come with some drawbacks. Sometimes the dreams become nightmares, or at least an unscheduled trip to the ‘john’ at 4am. No amount of pre planning will ever get you to the point where you are able to know just when you need that camera, or not. So you are left with that nagging reminder that cameras are, in fact, rather like umbrellas. If you have ever played Blackjack in Vegas, you know what I mean. The dealer pulls a 10, and you get to put an additional bet down, to save your ante, in case he’s got an ace tucked underneath. Insurance they call it. Like carrying an umbrella all day. You pretty much know you won’t see a drop of rain. It’s the days when the sun is shining, you hop out of the apartment, heading to the subway, and by the time you get to 14th street, Hurricane Hoboken has hit and everyone is sopping.

Each time I walk out of the house, there is that moment’s hesitation. which, if any, camera, do I grab? In the last year I have had the good fortune of trying out some excellent pocket sized (not painter’s pants pocket sized, just normal sized) Point and Shoot and Compose cameras from Ricoh. (Oh wait, is Point the same thing as Compose?) These amazing little cameras, the size of a pack of cigarettes, and I realize in this world unbecoming to smoking that this is a standard which is falling out of use, deliver quite a wallop for such a tiny space. They actually do fit in your pockets: jeans pocket, shirt pocket, jacket pocket, and have increasingly caused me to face that departure situation with less worry and consternation than before. It’s way, way better than a cell fone cam. Makes videos as well as still pictures, and best of all, think of it as your umbrella. You need never leave home again without some form of photographic device. Once and for all, those tawdry excuses can now be traded in for prize-winning images. The only real issues that you face are, how quick can you shoot? Shutter delay is the one thing that all of these little cameras, across the board, are subject to. I have gotten into the habit of eyeballing the subject, and then just hitting the Continuous button, and blam… it takes 5 or 8 or 10 very quick images, and rarely will I find that one of those pictures isn’t spot on. Is it shooting with the precision of a Leica or Canon? Nope, but it still opens up a world of image gathering which you would have never considered. There are all kinds of pictures I wouldn’t have made, had I not been “empowered” by one of my little Ricohs. 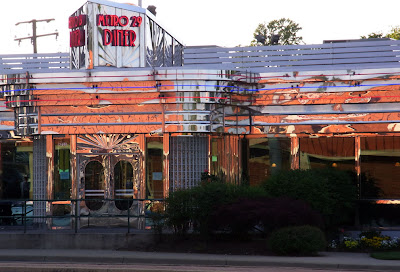 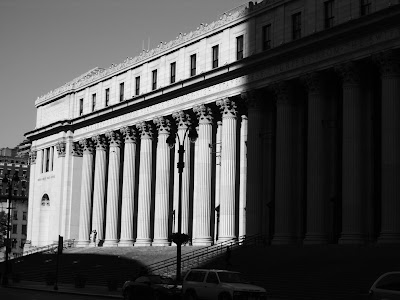 the New York Post Office
So, start packing a little camera, and leave your guilt at home. Just practice shooting with it plenty so you don’t look like some kind of dullard tourist trying to negotiate the ON-OFF switch. 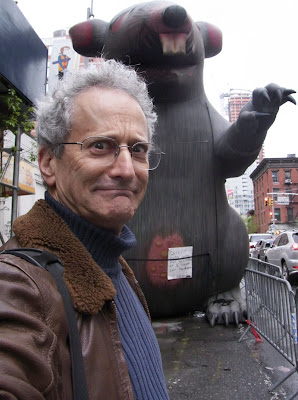 You'll never again miss that shot of you and the giant rat!
Practice does make perfect, or at the very least Damn Good, even in the world of Point/Shoot. And the next time one of your purist friends grabs you by the waist, and starts to have a fit because your Nikon D3X isn’t weighing down your already arthritic shoulder, just grab his hand, and place it on your pocket (ah, you'll have to determine just WHICH pocket they grab). He’ll know that you can make that picture, and won’t have to embarrass you in front of the rest of the camera club. We’re just sayin’…David
as always, click on a photograph to see full size
Posted by Iris&David at 1:49 PM

My panic attacks usually happen in my sleep, though you have just added a new nightmare to the usual repertoire of forgotten equipment and missed flights - getting caught by Cartier-Bresson without a camera. Egad, imagine the stammering excuses you'd try to come up with in such a situation.

One of my experiences was after hanging from a chopper and pleased with my take, I began rewinding a roll of film that wasn't there! I had no idea this kinda stuff happens to all of us..

All that aside, not having a camera is comparable to leaving the house with no pants on!