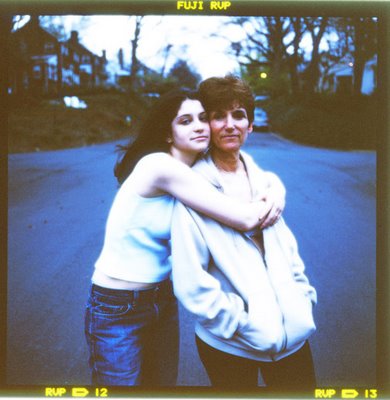 Last week we went to the White House Photographers Dinner. It is a yearly treat for me to see photo friends and to catch up on what’s happening in their lives. David is kind of the “Dean” of the crowd, so many of the friends are much younger and have small children. The conversations were wonderful and triggered some memories of trying to get Jordan into preschool some 18 years ago. I thought I’d share a big one.
The alarm rang at 4:30am. It didn’t wake me because I had been up all night waiting for it to ring. I needed to be up and out by five. I couldn’t afford to be late. Next to my bed was all the equipment I would need to take with me -- yellow pad, gaffers tape, pencil, a thermos filled with coffee, extra Styrofoam cups, and some crackers. My plan was to be the first to arrive, hang a few sheets of lined yellow paper on the door, (attached with gaffers tape so as not to peel off the paint), put my signature on the paper and hang the pencil where it would be seen. Mine would be the first name on the first line of the first sheet right next to the number one. I was prepared, organized and extremely confident.
It was 4:45am when I arrived and there were eighteen people in front of me on a list that someone else had created. The doors didn't open until 8:00. The last time I arrived three hours before anything opened was Christmas 2000 when there was a Furby shortage at Toys R Us.
I stopped at the car closest to mine.
"Hi, how long have you been here?" I asked as if it was normal to be sitting and freezing in car at 4:45am.
"Hello there. Since about 4:30. I'm fourteenth on the list," the elderly gentleman responded with a smile, rolling down his window only partially to protect himself from the cold.
"Do you have any idea how many spaces there are available for two year olds?"
"Well I'm here registering my grandson. I don't know how old toddler's are but they might be the two's."
By 5:00am there were 22 people on the list. Was I nuts? Preschool had only to provide my child with a safe interesting environment in which to play, as well as an assortment of friends who were under thirty five years of age. Did I have to be here at 5:00am, cold, annoyed and 18th on a list? I tried to calm myself.
By 6: 50 it seemed even colder. I was convinced that no preschool could be that good. Well maybe it could. That brilliant treasure who I dressed in discount designer clothing, who finally spoke in sentences, who usually remembered to use the potty, and who told me she loved me even when I didn’t deserve it -- she was the best reason to be sitting there at dawn. She needed to make friends, not adult conversation.
By 6:55am the streetlights had gone out and the sun had come up. I got out of my car and checked the list hanging on the door. I was still number eighteen but now there are 20 names after mine. On the way back to my car I asked the elderly gentleman if He’d like to join me for a cup of coffee. He nodded yes and through the car window mouthed "I'll be right there."
We drank coffee and chatted like good friends until we saw that people were getting out of their cars and there was a line forming outside the door with the list and the pencil. It was 7:35am. We leaped from the car forgetting friendship and pleasantries, dashed for the door and reached it just as it opened from the inside. "What number are you? What number are you?" People weren’t pushing, just asking. We moved to our numerically allocated positions and lined up like children in a schoolyard instead of parents at a school door.
"Do you know how many places there are for two year olds?" I heard the man in front of me ask the man in front of him.
"I heard there were two," he answered shaking his head. "Two, and I'm 16th on the list."
The line started to move. It moved up a stairway and around a corner. A stately woman was giving instructions. "Sign up for everything," she was saying "that way your chances of getting into something will be better."
It didn’t make any sense but I was so tired I thought I understood it. I signed my name on all the sheets for two-year-old classes. We're eighth on the list. "I'm eighth on the list," I said to my new gentleman friend. "If there are twenty spaces I'm in, and if there are two... Oh well, I'm going home to sleep. It was nice to meet you though. Thanks for keeping me company."
The stately woman stood near the exit door. I approached her cautiously.
"When I called on Friday you said you couldn't give me any information but now can you tell me how many spaces there are available for two year olds?”
"Let's see," she says looking at a list. "There are none on Monday and Wednesday. There are none Tuesday and Thursday and there are none on the just-Friday class. None, " she answered.
"Uh huh." I said without any anger. "Well why didn't you tell me that on Friday when I called?"
"Oh I couldn't do that my dear. I didn't want you to be discouraged."
"Thank you for your consideration," I said so exhausted and confused that I actually meant it.
"You're welcome, dear. Try again next year. Maybe it will be easier."
"Nothing is easy with a kid" I said chuckling and looking at my watch. It was 7:50am.
and I was sure this was just the beginning!

This story made me smile. Thanks.