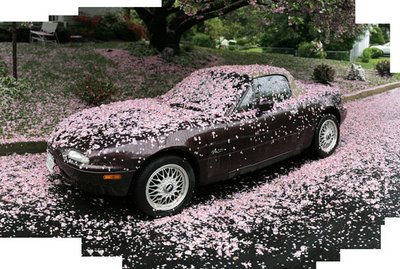 The other day I was out in my yard weeding. This was preceded by a trip to the “mulcharariam” I don’t know what you call it except Arlington County has a place where you can go and get free mulch—two kinds, leaf and chips or leaf and bark or leaf and something from a tree that is not a leaf. I took 10 very large black plastic bags and filled them with the mulch, put them in the car, and took them home to my plants and bushes. What looks and feels like a great deal of mulch while you are shoveling it, always turns out to only be enough to cover 1/5 of a very small tree and bushed yard. But As I said to my beloved, “I am going to be an older person on my next birthday and this is the last year I am mulching and weeding that blah blah blah yard.” Did you ever see that cartoon, what people say and what dogs hear? It’s no different with beloveds. He smiled and assured me that the yard was going to look so nice blah blah blah. But it didn’t count because he did it after I had mulched, cleaned up and had my “pet entitlement” encounter. So it should have already looked nice. But weeding is not my blob topic.

I continued to mulch and weed and I even planted a few bushes in places where I no longer want to pull weeds. I have tried to avoid weeding in the past by planting fields of flowers, vegetables, herb, and trees. Nothing works. So this year I’m trying bushes that grow furiously fast and tremendously tall. I figure if they are spaced close together I will not see the weeds or if I can see the weeds, I will not be able to get to them to pull them. I’ll let you know if I’m successful.

So there I am covered in mulch and mud and a neighbor (I assumed it was a neighbor although later I described him as a terrorist) was walking by with his large dog. At least he had his dog on a leash. There is a leash law here but a few people choose to ignore it because they either have some aversion to obeying the law, or they think their pets are too important to be corralled. Either way, this guy did have his pet on a leash. And together they walked right up on my yard to do some business on my brand new bushes. I like dogs and being perfectly pleasant, before the dog had a chance to lift his leg I said, “Good morning. Would you please not let your dog use my yard as a toilet.” Admittedly, I have been known to use a tone, but given pet/owner sensitivities, I was intentionally lovely. He responded with a stream of vulgar words and sentiments about my gender. Now, when someone does this my usual response is to scream back. But I remained calm and when he yelled about “did I see him doing anything?” I responded cheerfully, “Well no sir. I didn’t see you pull your shlong out or anything but I did see what the dog was about to do.” He then stared to shout about how “All the dog was doing was sniffing, and I was not a good neighbor “ and I countered with, “I don’t have my pet in someone else’s yard ready to damage to their property.’ Forget stepping in dog poop (which is incredibly gross) dog urine is lethal to plants. He continued to yell at me. Each sentence becoming more graphic and uglier. I merely stared at him. Then at the point where he had to take a breath, I looked at him and in a perfectly calm voice said, “Excuse me sir but do you take that mouth with you to church on Sunday?” It was fabulous. He was dumbfounded and attempted to answer me. Well, of course the only answer is yes or no and he was incapable of coming up with words that clever. I knew it would certainly haunt him when he went to church. For days he would try to think of a response and fail miserably, which would make my victory even sweeter. I had used the sentence once before when in the parking lot of the Costco, someone gave me the finger for driving. Not driving badly just driving. On that occasion I walked up to him at the checkout line and said “Excuse me sir but do you take that finger you gave me to church with you on Sunday?’ I don’t know where it came from , but he was incredibly embarrassed and I was encouraged to use some form of it whenever appropriate. (Feel free to do the same.) Anyway it seems to me that when people walk their pets they feel entitled to let them go where ever they want to go – and you know what I mean by go. Some people carry those little plastic bags and clean up—which is nice, but the scent is still there to attract other not so nice animals and owners. There are curbs and streets for them to use, but that seems not to be enough. Some owners are so brazen, they practically walk the dog up to the front door and present it as a gift. But just where does this sense of entitlement come from? As children did, as David says “they not take a civics class” or not taught to be good citizens, or at the least, courteous of other people and their property. And it’s not only pets. There is a rash of entitlement issues. Tomorrow I’ll talk about children or maybe driving, or maybe parking or maybe being first in line. I don’t know what the answer is but I do know that I have to find inspiration to think up some really good lines for oh so many different entitlement confrontations. I am entitled to do that… We’re just sayin.
Posted by Iris&David at 3:35 PM

I didn't go to church afterwards.

I have two dogs. I still don't know how they determine what is the right or wrong spot to releave themselves.

Horses, too, have right and wrong spots, but the area isn't as exact as with dogs.

When I use to walk my dogs on a leash when I lived in suburbia, I always wanted my dogs to do their do between the sidewalk and the curb. You know, the legel easement zone that we home owners are required to take care of but don't really own. Dog's don't know from legal easements, even though I'd try to pull them off people's lawns with the leash. But when a dog finds THE spot, it's amazing how ineffective a leash can be for pulling.

One or two neighbors would get upset at this. They didn't have pets, so didn't understand that my relationship with my dogs was not a one-way street of master and pet. Like children, my dogs control me. Don't believe this Petsmart stuff about obedience training. Yes they walked just fine with me, but went it comes to number 1 or number 2, forget about it.

But that said, why people behave rudely is something our society has ignored and has been spiraling into for decades. Like two blackholes spiraling into a collision - no personal responsibility for one's actions towards others, and the vulcanic anger we spew when someone calls us on the carpet for being selfish. The resulting gravity waves ripple through America taking their toll not just in Post Office sorting centers.

But I really can't say it's because people are stupid, even though many are. I cooked a frozen pizza tonight, something I usually do without looking at the box. 400° 12-15 minutes.

Something caught my eye that was different. The Red Baron offered a warning that got me wondering about Americans.

Have people held true to the message of Keep Frozen to the point of not cooking the damn thing before serving? Perhaps people just thaw them out and serve at room temperature?

I mean people need take personal responsibilties for their lives, not just feel better about themselves for using vulgar terms on the US Senate floor, or be reminded to cook the pizza before serving.

We've got enough manure to deal with in life to make the plants grow, we don't need more to throw at each other. We're not entitled to anything, but my dog Riley always knows where to go. GRIN.

It wasn't on-line when I visited last night, at least not on my machine, so pardon my lack of acknowledgement of your superior photographic talents till now.

Hey David, why can't you take pictures like that? Or did you and Iris simply bought stock usage from Contact Press?

What a great site, how do you build such a cool site, its excellent.
»