A Good idea is Timeless 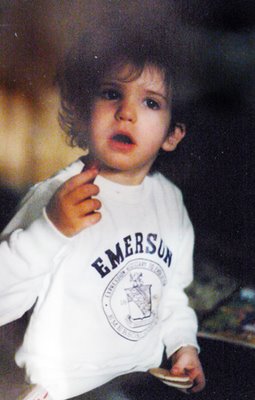 A Good Idea is Timeless

This is the time of the year for graduations and it always makes me think about the years I spent in school. I loved high school and although I went to college as an alternative to getting a job—this was the choice my dad gave me—I loved college even more than high school. I graduated from Emerson College with a degree in Speech Arts and Dramatic Literature. I went to summer school for three years in order to take student teaching without having to complete 18 credits along with the classroom work. I graduated with 151 credits in liberal arts and speech—no one had even thought about calling it Communications. After 6 months of working for a drug store, an employment agency (where they said I should be a social worker because it wasn’t our job to find jobs people liked) and a Jewish bakery, I went back to Emerson to do my graduate work on a teaching fellowship. I completed my Master’s with a degree in Communication Theory—it was only two years later but we were using the word by then. It was the 70’s. Allan (My first husband—David being my last husband—his options are me or death) both had teaching fellowships which paid $3200 a year. We ate a lot of canned tuna. The war was raging and we had weekly meetings to figure out the best way to avoid the draft while many of my friends were dying in Viet Nam. Our lives were not uncomplicated by the all the social change. Some friends went back to Israel to fight the 6 Day War. Some friends went to Korea. Some went to parties and got stoned or did acid. (We avoided drinking or eating anything at places where we didn’t know the host.) We talked about what the women’s rights and civil rights movements would mean to friends and to strangers and I was always the person able to articulate the issue in a much more meaningful way than most of our contemporaries. After all, I had gone to Emerson and it prepared me to verbally confront any individual or idea – which I did with great frequency.

When I was 28 and had been teaching for a few years, I applied to be the President of both Emerson and Hampshire College. I had never been the President of a College but I was convinced it was a job I could undertake successfully. Allan found the letter I wrote when I applied for the job, when he was going through some old papers and he thought it was amusing enough to send to me. This following is my favorite paragraph because of the way I thought about things, including myself – I especially love the competent articulate part:

“Although the idea of a specialized and relevant curriculum is mandatory in making Emerson an academic success, realistically it is just as important to make the school a financial success. Both students and potential benefactors must find the school’s image to be one to which they can relate. In order to generate a good image, Emerson needs to have good publicity. For example, I am confident that the presence of a competent, literate, young woman President could be a public relations coup. Clearly, publicity alone will not make Emerson a financial success. Our alumni, for example, are well informed of the school’s status. Many are financially capable of supporting the school, yet they are not inspired to do so. It is obvious that our alumni will not just give money -- they have to be involved in projects to raise money. Of course, not all of the alumni who could support the college are wealthy. This group, however, has been frequently dissatisfied because they feel that Emerson has collected their tuition and neglected their needs. The relationship of this group with the placement office manifests this problem. Many alumni and students are frustrated and annoyed because the placement office does not actively solicit jobs for them. Rather, the placement office has become a glorified bulletin board, advertising those jobs that appear in newspapers and professional journals. I feel that this office should be a full-time employment office, energetically engaged in seeking employment openings in all fields related to communications.”

When Jordan expressed an interest in applying to Emerson I took her to see the school. I’m a pretty active alum because I am grateful to Emerson for having prepared me to pursue careers in politics, academia, entertainment, the non-profit world, and the private sector. Anyway, she loved the school and decided to apply. Every classmate with whom I am still in contact, and that’s about 40 people, wrote letters on her behalf. She fast became not only my legacy but the legacy of the Class of 1968. Still, I was told she was not to be given any special consideration. I believe my response was “Are you people nuts?!” So the issues about which I wrote in my 1975 letter are still issues in 2006. Well, she was accepted for early admission. She kicked ass in her auditions and her grades and boards were very good. But I still think that they should have put a check by her name and short of a total disaster she should have been looked at with not so fine a microscope. Especially today, when costs are so high and competition is so great, there is a need for alum to feel like their investment in the college has been acknowledged and they were given some extra consideration for whatever the reason. How did Harvard or any of the Ivy League schools raise the money for their endowment? Alumni support. You create a club and make it hard to become a member unless you paid your dues. I learned that at Emerson.

Jordan is going to be a junior. We are delighted that she is still in school studying as opposed to being on the stage entertaining. We think she has time to be on stage for the rest of her life. I sent my old letter to the sitting President. I hope she reads it and thinks, wow these were good ideas in 1975 and maybe we should rethink them for 2006. We’re just sayin…
Iris
Posted by Iris&David at 5:45 PM

The last time I spoke to the Dean of my college, he thought my idea to help communication students prepare for a freelance career was nuts. Of course he's never freelanced, and doesn't understand that most of the graduates aren't getting a job of the New York Times.

I mentioned the same idea to the Assistant Dean at Maryland's communication school, and he loved my idea. Then I mentioned it to Maryland's Dean, and he thought I was nuts.

What is it about authority that so resists ideas?

Iris, I think it's time to apply for the President's job again!

Iris -
I am thoroughly enjoying David’s and your postings. Insightful and humorous. Hope you are well.
Best,
Marla

Great site loved it alot, will come back and visit again.
»