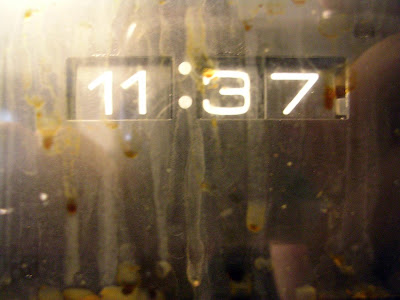 Jeffrey stood in the closet and looked up. “You know there are hard wood floors throughout the house. Why did she carpet over them?” I couldn’t imagine but I took a guess. “Maybe because she thought it would hurt dad less if he fell? Or maybe because that was an indication that you had a little money. Kind of like putting clear plastic slip covers on the good furniture – which my first mother in law did.” 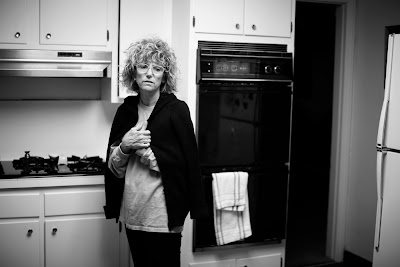 We decided to go have some lunch instead of sitting in the empty house where we had nothing to sit on. When we got back Jeff decided to clean out the van, and as he was working Gary Hurwitz stopped by. Gary lives in Philadelphia. He and his wife had come back to Boonton for his high school reunion. We chatted for a while and as we were talking the mail person stopped by to deliver a letter – it was for the new owner. “Wow”, we said. This is really happening. The Post person grew up with Jeff and although it took a few minutes for him to recognize her, once he did they had a nice reunion. Boonton is the kind of place where everyone knows everyone so there is always another memory to be tossed about.

Another of Jeff’s friends arrived later in the day to bring a set of dishes and pick up two motors that had made the trip across the country with Jeff. Then Howard flew in to make the drive back across the country with Jeff. We packed the rest of the dishes and Jeff finished cleaning out the van and was ready to start packing it with all the stuff Els and I had organized last week. “It’s hard to leave.” He said. Yes it is, I thought. But I don’t know why. Mom hasn’t even lived in the house for a few years. In fact, once she moved to Victoria Mews, (the assisted living facility), she decided that she didn’t even want to go back to the house to visit. But I guess it’s different when you grow up in a place and you feel like it’s always going to be there. “I’m still going to park the car here instead of in the city. And I’m going to come back for Christmas. And we’re still going to go to the Res. Besides, We’re always going to be here in spirit”.

I reminded him that I had taped the picture of all of us in a place no new owners would ever find. “It’s still hard”, he said. “This is where I had my first set of swings”. Actually they were mine but I wasn’t going to get technical. “And when I ran away from school in first grade, this is where I came. This is also where Dad died and where we had the services everyday. And where Mom cooked all those fried things – which was not what killed Dad,” he reminded me. “When Els and I got married we lived here. And you and David got married here.” I hadn’t forgotten that or the fact that this was also where all our friends came for parties—sometimes unbeknownst to my parents. “Some of them didn’t leave” My friend Joyce and his pal John lived here when they were having problems with their own parents.

“We are probably no different than anyone who sells their childhood home after 57 years.” I said. “Probably not” he agreed. “So why is it so hard?” Maybe because it’s part of facing our own mortality. Maybe it’s because any kind of momentous passage is always hard. The why doesn’t matter—some things just aren’t easy.

“Should we write a letter to the new owners?’ he asked me. “OK, what do you want to say?”
“Dear New Owners, this was an amazing place to grow up. We had many years of happy times and made some wonderful memories.” And they would care Why, I thought? “Sure we can do that if you want to.” I said. But then we remembered that we didn’t have a pen or any paper. 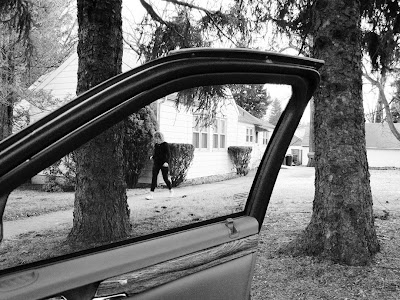 Jeff took a picture of the clock on the oven. It said 11:38. He had to actually set the hands because for the last year the clock has said 9:10, but he wanted to have a record of the last moment the house was really still ours. Now it’s 11:45, it’s not ours anymore, what a difference a minute makes. We’re just sayin...Iris
Posted by Iris&David at 1:54 PM

As my mother ages, I think a lot about the day when my brother and I will have to settle our mom's estate and put her house on the market. The idea of eventually having to sell my childhood home is especially hard since my grandfather built it, and my father practically rebuilt every room as he remodeled it over the years. But when neither you nor your sibling can live there, and none of the grandchildren are interested in moving to a very small town in Kentucky, what to do? I guess you hold on to the memories and let the material things go, but the idea of someone else outside the family living there seems a blasphemy. You're right, you want to tell the new owners "It't not just a house. It was special."

When my mother died, my sister and I left the house we were raised in and she had lived in for almost 90 years.
In her memory, we left a "no war in Iraq" button hidden deep in a closet. However, the gift to us was that the new owners wanted her presence there. They knew she had lived there forever and wanted the house's history. There is even a picture of her in the hallway.

It is hard to face your own mortality and when we have these passages they are right up in your face. Mom hasn't been feeling well for the past week. Maybe a reaction to the house. But along with bronchitis and a fever she has had a few hallucinations where there were lots of people dancing in her room. Like he old days she felt terrific about all the attention. Whatever makes her happy is Ok with us.