Sit Down, and SHUT UP

For all my friends who said such lovely things about me, thank you. Believe me I was not looking for compliments, but it was really nice to read them with the birthday wishes. Again, thank you.

Today The Monster admitted that Joe Biden won the election but, wait for it, he was not conceding because the election was rigged.  For Christ sake, even the fat guy at Justice said that there was no fraud.  So you know what, it’s time for him to "sit down and shut up." 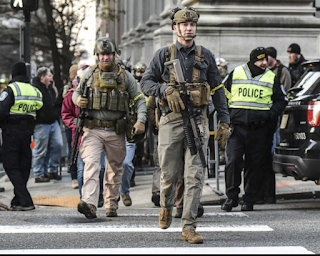 The first time I ever thought about "sit down and shut up" was on a flight to Seattle to see my mom. People were hovering in the aisles, not satisfied about I don’t know what. But they were standing, so the plane could not take off. It was incredibly frustrating, and before I started to meditate and I swear to you I was ready to yell, just 'sit down and shut up.'

Just when you think you are rid of the Monster, he says he didn’t win, but he’s not conceding. In the meantime there are citizens who are armed and ready to defend the nation - from who?  From me for sure, and you, and any reasonable people who believe that the election is over. And if the Monster is not going to go away, he really should just sit down and shut up.

What is there to do. My team is prepared to clean house at all the agencies and departments, but the Transition Team has not answered either phone or text messages.   We are all frustrated by the lack of movement in what we perceive to be the transition but since we don’t know what they are doing, who’s to say. The most interesting thing for me is that I do not know one person on the transition team. Hopefully that means it’s a whole new cast of leaders. It is my hope that they understand how dangerous the Republicans who are now in positions of power - and who I hope will be discovered and made to go away.  One can only do what one can do. But honestly, I thought the Monster had come to terms with his loss.  All we can do is hope he will  - sit down and shut up.  We're just sayin'... Iris