Marley and Me? No Thanks

Everyone loves movies about pets. “My Dog Skip”, “Black Beauty” and “Lassie” were among my favorites. They were helpful, obedient, friends to all. We rooted for them to win races, find a missing child, and defeat the bad guys. When they were injured we cried and if they went to the dog run in the sky, we mourned the loss with their Hollywood trainers. That changed for me yesterday. Up until the time Marley, the dog dies (and yes he dies, they sometimes do to make the movie work better), I couldn’t imagine that anyone would have wanted him to live. In fact, if he had been my dog, I would have killed him in the time it took to watch the film.

“Marley and Me”, the number one box office hit for weeks and weeks and weeks, was pretty much a disappointment. Mostly, because the dog was so obnoxious, but truthfully the actors were equally insufferable – OK, they didn’t chew up the furniture, crap on the beach, and knock over old ladies, but they were talent free and yes, their performances were uninspired at the least, insipid if the truth be told. And I mean that in the nicest possible way.

Jennifer Anniston, who so wants to be a star like Angelina Jolie, just ain’t gonna get there. She has neither the big presence nor the mystery. She’s a cute television personality. There are lots of cute television stars who have become more than a little successful. Kelly Rippa for example. She was a star on “All My Children” before she became a host. (Jordan did a ‘roll on’ –she was in a wheel chair so it wasn’t a walk on-- for “All My Children”, but she doesn’t aspire to be Kelly Rippa.) Kelly is a successful talk show host albeit daytime, with Regis Philbin – who was started as Joey Bishop’s co-star on late night. Regis once walked off the show on his way to obscurity but Joey is dead a long time, and Regis had a kibitka and hosted “So You Want to Be a Millionaire”. It’s all a matter of how long you wait and how you define success. I don’t think Kelly aspires to be Jay Leno, or even Regis, because she is good and popular just where she is. Sometimes you just have to work your strengths. There’s never going to be more than cute for Jennifer no matter how many movies she does. “Friends” was the best of who she is. She is simply never going to be Kate Winslet, Amy Adams, or Meryl Streep. And Owen Wilson gave simply a one tone, emotionless performance. Additionally, he’s never going to be as cute as his brother. 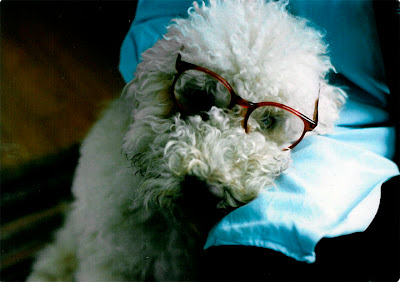 Earnest, a dog worthy of a movie...
So why did I go and why didn’t I leave when it was apparent that there was not going to be any improvement. I did it hoping to find some real connection between the Bob Marley and the success of the movie. David’s “Soul Rebel” a photo book about Bob Marley which is out on February 6th. I thought maybe I would find a hook or at the least some kind of connection. But alas, other than the fact that the dog likes Marley music—hence the name – we would all be hard pressed to find a link. Yes, David could answer the question “How do you think Bob Marley would feel if he knew there was an intolerable dog named after him and it’s making a billion dollars at the box office?” But David’s answer would be so much more amusing than the film that it might encourage more people to buy a movie ticket, And unless there is going to be a book giveaway at the local AMC, what would be the point to send people you like, to a movie they won’t. 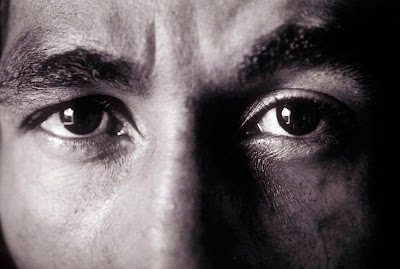 the Marley worth listening to..
The release and success of this movie tells us a great deal about what people want to see. They'll see anything with a animal as the star. The less concentration it requires the more people like it. If the trailer is funny, people will come (even if the trailer is the only funny bit in the film.) And, when nation is depressed they just don't want to think about anything that requires thought. We’re just sayin’.... Iris
Posted by Iris&David at 5:55 PM

well, that made my night.

I've often wondered if Iris and David were members of the infamous 1% filthy pig club - this brazen attack pretty much confirms it!

Iris, although you did so with honorable intentions, please don't mention dead dogs again. It tends to set some people off horribly!

(1)'Batman' is fictitious and therefore not really eligible to be a filthy pig like Hilliary.

I'm afraid that any comments longer than our blog are in violation of rules which we just realized we needed so we made them up. Adios good deed doer and you keep at whatever it is you do to make things better. Yes you can!

Thank God these new shoot from the hip rules are now firmly in place... I ran out of both memory and bandwith on that dissertation.
And I don't care what you say about Jennifer Anniston, she's wicked when dressed only in a tie. Refer to the "greater naked impact" blob of summer '08!

I just want to go on the record as saying that it wasn't me...I've been known for the odd long post back in the early early days...

Actually, given the rambling content, i thought that David had been celebrating his book in a way that Bob was well known for...anyone got a light?