In the realm of “maybe it’s me,” all this talk about how dangerous it is to close Guantanamo, is seriously ridiculous. It’s like saying that closing the concentration camps would have been bad for German morale. And since we pretended not to know what was going on there, we didn’t have a plan and the Jews wandered for 40 years in the desert—or was that another story? Excuse me, but the terrorist who is now a leader in Al Qaeda was released under the Bush policy of never having a good G-d damn idea of what they were doing. He is a perfect example of why the base should be closed over the next year during which time we institute a plan for how to do it and what to do with the people who are there. The people who, (and who have been there for years) are not terrorists. In addition, of course, people who have been tortured, and culturally disrespected are not going to have a long lasting passionate love for the people who abused them. Yes, the prisoners, who have been released because there was a mistake or, (not surprising with the Bush folks), a lack of coordination, are likely to vent their anger about what happened during their incarceration—at the people by whom they think they were wronged. This is not a good thing. But should come as no surprise to anyone. It reminds me of all the people who complained when Jimmy Carter passed an executive order that CIA agents could no longer be undercover at USIA ( Public affairs, press, and cultural exhanges officers). He felt they undermined the credibility of the US Public Diplomacy effort. And although it was a bit inconvenient for the CIA, sometimes you weigh and measure what makes sense in terms of the credibility of the nation. Whew!

And speaking of trying to maintain the credibility of the nation, my pal Dick Sklar died on the 20th of January. His son called to share the very sad news. He told me that they had a wonderful week. Dick was thrilled about this election and the results. He was excited to watch the inaugural. He seemed peaceful when he went in to take a nap. He died in his sleep. Eric said he felt almost OK about losing his battle with pancreatic cancer because with Obama in command he knew things would be allright. 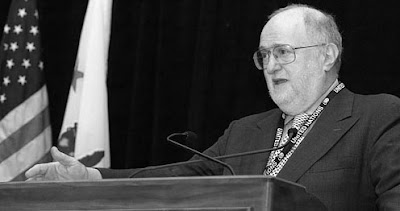 I met Dick in the McGovern campaign. He was one of those memorable characters who was more a whirlwind than a person. He always knew how to get things done. He understood the goal was not only to win an election but to do it in a way that didn’t shatter a principle or a reputation. A human rights advocate who always wanted to make things better—to make them work. When Clinton was elected and there were no appointees who needed Senate confirmation in place, (only the Cabinet was confirmed, not the 192 directors of Agencies) Dick graciously agreed to take over AID until there was an Administrator. He called me on his second day to fill me in on what was happening with his job. “You won’t believe it” he said, “There are 50,000 people here getting paid as consultants instead of employees. How in the world are we going to get the budget under control when we have no idea who even works here? These people are not living like Peace Corp volunteers. They staying at the Four Seasons instead of the Marriott, and the taxpayer is paying for their massages -- can’t talk. Gotta go! I have to figure out how to do some serious firing!” And he hung up.

Dick was always figuring out how to rebuild something or how to manage a disaster. He was a loving and generous friend, husband, and father. He always left you breathless and wondering what would come next. Dick Sklar will be especially missed when you need to make sense. When you need to make real change. When you need someone who is principled, and sympathetic but never suffers fools gently.

I spoke to Dick every month or so over the last year. The last time we spoke he told me he was tired and ready to go. I told him he was selfish, it didn’t matter what he wanted—he needed to think about the rest of us, who were not prepared to say goodbye. He laughed, said his usual quick goodbye, and hung up.

Dick would know how to close Guantanamo. He would know who to fire. He would figure out what to do with all those people and find a way to make sure the real terrorists were put away and others given their freedom. Dick just knew everything… we will miss him in our lives. We’re just sayin’…..Iris
Posted by Iris&David at 5:06 PM

The never-too-early-for-partisan-nonsense Republicans are already attacking Obama for directing that our prison away from home be closed in a year, raising the fear of prison escapes and terrorists roaming our streets. What they never say, and unfortunately what no one ever asks them, is what the alternative is. By definition, the alternative to closing it is not closing it, which in turns means keeping it open until the last prisoner dies. Now, if Cheney and his crowd had their way, they'd all be dead, or close to it, already, by virtue of torture that isn't really torture except maybe sometimes. Another 30 or 40 years of Guantanamo would surely help relations with the rest of the world--the civilized part.

USAID? Something familiar about this....Iraq 04.