Please be my Friend on the Face Book... 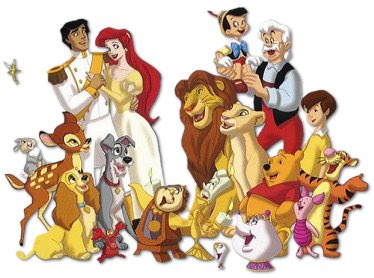 After years of avoiding a relationship with the Face Book, my cousin was pretty insistent that I had to get with it and make it a part of my life, so my daughter helped me to sign on. I may now be the loneliest person on the Face Book. Sure I have friends on the Face Book. I reached out to everyone whose names I recognized. And thank God none of those people rejected my appeals to “be my friend”, but no one actually chats with me. Maybe it’s the picture. The picture might be a little depressing because it has a “Brother Can You Spare a Dime” theme. Or maybe it’s my profile which talks about my love of acrobatics. Acrobatics is a little like gymnastics, but it’s a different version. For example, it does not include anything rhythmic (like when they use the silly ribbons in a synchronized effort). Nor does it include anything synchronized like diving or swimming or trampolining. But should that impact on my face book popularity. I am in such turmoil. Should I change to accommodate what attracts other people? That would be politic but so not me.
I’m trying not to take it personally. But how else can I take it… it is personal. I mean I see people who are on the Face Book talking to 10 or 20 other people at a time. But not me. I think I’ll just go sit in the dark. And speaking of sitting in the dark, that’s where I am again about John Edwards. So now we learn in the “NY Daily News” that Elizabeth forgave him because it was really she who wanted to be in the White House. It was the way she wanted to live out her life. No one who has ever been in the White House thinks it’s a stress free environment but to “each his own” as my mother would say. The “News” went on to talk about the videographer – I can’t bring myself to call her by name, maybe (as another friend refers to her) “Webikins” is more fitting, and Edwards good friend Young, who says that it is his baby. He has a wife and three kids with no visible means of support. Supposedly, when the story broke, the gruesome twosome (Hunter and Young) fled to the west coast where, unencumbered by actual work, they lived in a multimillion dollar dwellings. It does go on and on. And the more I hear the angrier I get with all of these political, irresponsible, egomaniacal, idiots. (Am I being too harsh? Because I mean this in the nicest possible way.)

And speaking about egomaniacal, what does Hillary think is going to happen when her name placed into nomination? Sure she came close, but that only counts in horseshoes. I always hated that game and I hate this one. This new demand does not a unified Party make. First, because it is an opportunity not only to say, “We were there and supported you”. It is also a chance to say, “If it weren’t for media bias you would be the nominee and we don’t want anyone else to be the nominee.” I trust that grown up people will act like grown ups but that hasn’t been demonstrated yet. Why is it necessary to blame everyone but the person responsible. Hillary ran a terrible campaign. She made bad choices and arrogant decisions. Is the media sexist in attitudes, yes they are. I know, I worked for a network. But that isn’t why she lost. If she wants to blame someone how about Bill – he did a great job undermining her every effort.

The Obama people made a decision to let her have her way and then they expect there will be some kind of catharsis or she will just sit down and shut up. I’m not buying it. There are too many women who have said, “I won’t vote rather than vote for Obama or McCain”. Obviously those people think Hillary is more important than appointments on the Supreme Court, the right to Choose, and a clean environment — never mind civil liberties and a war we shouldn’t be fighting. The question becomes, if Hillary thinks there is any way this nomination thing might be devisive and help the Republicans, why would she put her own self interests before the good of the nation.

When Shirley Chisholm ran for President in 1972 she did it without money or Party support. She was a Black Congressperson who had something important to say about the war, poverty, and inequity in the country. She was the first woman to gain national attention in a political race. And at the 1972 Democratic Convention she received 152 votes. But Shirley Chisholm used the forum to have a voice for a forgotten constituency. Hillary’s demanding constituency is not forgotten, they are just loud, spoiled and sore losers.

On a totally different yet equally important subject, CNN reports that today in California, “Cinderella, Snow White, Tinkerbell and other fictional fixtures of modern-day childhood were handcuffed, frisked and loaded into police vans”. Now that is something to be concerned about. What will happen if Once Upon a Time, and Happily Ever After are concepts of the past because all the characters we adore, are in jail. I don’t know how I am going to break this to my kids. Forget my kids, I don’t know how I am going to live with the idea that fairy tales have become subversive literature because the characters about which they speak are jail bait. They will be outcasts and incredibly lonely. Wait I have an idea. If no one else will talk with them, maybe they will be my friends on the Face Book. We're just sayin'... Iris
Posted by Iris&David at 8:03 PM

Yes, a bomber can be "comfy" if you mean friendly and familiar like an old shoe or a good camera (or shotgun for that matter). I have only been in one B-17 but with 5000hrs in B52's under my belt my fingers still occasionally twitch for the yoke and throttles.

I believe I could still do air refueling - it is like riding a bike.

I enjoy your pictures and comments.
Reeder

Reeder,
you are such a showoff.... I have a mini, I don't need a bomber. I am glad I am providing enetrtainment. It's what I do. I wish it was a bit more lucrative.

"Hillary ran a terrible campaign. She made bad choices and arrogant decisions."

If that's how she would have run the WH, America dodged a bullet.

Hello friend amazing and very interesting blog about Please be my Friend on the Face Book...

I really like this write! I enjoy it so much! thanks for give me a good reading moment!

well I have to tell you that i have the same problem, when I loggin in the facebook, no one talks to me, so, I just have one thing to do, I have fun playing all the games in the facebook!!!