Is It Just About Boobs?

Is it just about boobs? I’m beginning to think it may be -- which leaves those of us who have some piece of our boobs missing, feeling a little second class. However, the question of the day, asked by mostly men is; “do you think the people who were supporting Hillary will vote for McCain because of his Vice-Presidential choice?” I find that this or any question that implies women will not think about the issues and the consequences of their vote, insulting. After a lifetime of commitment to providing more opportunities for women, I am insulted that John McCain thinks anyone who supported the Clinton candidacy will vote for him because he put a woman, (who has a little over a year of national governing, was a professional fisherman, is not only anti-choice but anti-contraceptives, and is a role model for the Phyllis Schlafly constituents), on the ticket. Does the Senator think we don’t care about the health care, the economy, or the war. Clearly he thinks we don’t care about the environment or the effects of drill, drill, drill – because she is all about oil dependency.

A heartbeat away. A heartbeat away. A heartbeat away, from a 72 year old guy who has fought two bouts of cancer. McCain has made a big deal about how Obama is inexperienced. And maybe he does not have a resume that reads 30 years in the Senate or 12 years as Governor, but he has traveled, served his community, proven himself intellectually, has a vision for the future of this country, and he has shown good judgment about issues that will impact on the future. I’m not sure what Governor Palin has other than boobs, and, as a consequence of the last eight years, it’s too late for breastfeeding the nation.

The first thing I thought when I heard about the selection was, McCain doesn’t want to be President. He and Cindy have decided that they don’t want to change their lives and this was the easiest path to an honorable defeat. You know, like he made a courageous gender selection for a party which has no respect or understanding for the problems or magnitude of the issues which confront women every day of their lives. But when you turn on TV and listen to the crap that is spewing forth declaring the Palin decision a fabulous choice because she is a Conservative and Conservatives are good for women, these people have not spent the last eight years dealing with any reality I know. John McCain voted against support for insurance companies paying for contraceptives – so she’s right there. Oh, but he did vote to have them pay for Viagra. John McCain voted No on a bill which would have provided support for children who suffered the consequences of family abuse. And I guess there is no abuse in Conservative families so why provide any support for that. There are many more examples of the lack of any concern for women and what they call women’s issues. I have breaking news, there are no women’s issues. There are issues that affect women and families and those impact on men and on how we want our future to look. 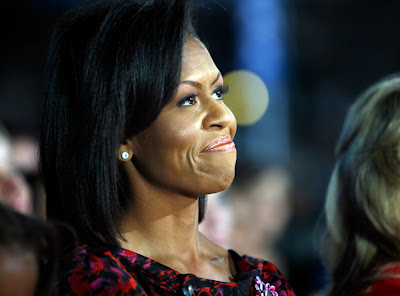 But on a lighter note, what does any of this have to do with understanding how to actually Govern this United States. Do you think she even knows how many Independent agencies exist? How many boards and commissions need to be filled? Do you think she has ever looked at a Plum Book. Do you think she has ever looked at the Pentagon budget and understands the level of spending and corruption, and cronyism. How does she feel about separation of church and state? What does she want to do about “no child left behind”— and you know there are so many. I guess she might know about Fisheries – because that’s on her resume, but what about the FDA, the FCC, the FEC? Can she even keep track of the acronyms? Has she traveled abroad? Which countries does she want to befriend, and how will she deal with immigration. Has she read “So You Think You Can Be President?”

I feel confident you know where I’m going with this. A heartbeat away is not a joke. Joe Biden was a thoughtful, respectful selection. Sarah Palin is just about boobs. We're just sayin'... Iris
Posted by Iris&David at 1:47 PM

Most Alaskans I know are really pissed about this appointment. Palin has done an amazing job up there from what I can fathom, making huge strides to clean up the influence of the oil companies in particular.

Given I think McCain's heart might struggle to last a full term, you could do a lot worse than end up wih Palin as the first woman president...

Identifying with a beauty queen makes sense. And I have no issues with what Gov Palin has done in Alaska -- I just think Governing a state like alaska for about two years is very different from governing this great nation. I believe it is fair to know how much experience she has in dealing with terrorism, international relations, immigration, etc. There are women like Kay Bailey Hutchinson who would have been a great and respectful choice. To think women are just going to vote for another woman is pretty arrogant and foolish. And I hope John lives another hundred years--retired in Arizona.

I know from experience in the business world, that there are some talented people in small companies but the learning curve is too great to expect them to be able to move from VP of Operations in the small local company to the level of VP of Operations in an international company of a similar business that is 1,000 or 10,000times bigger.

Some newspapers have said that McCain's pick for VP shows that he is willing to roll the dice, that he is a gambler. That is scary, a gambler for the President of the United States.

Just back from the Ritz Carlton Bayside Resort on Alpha Century. As promised, brought back your parties best and brightest right on time.

Can't stay and chat! Gustav is approaching and so is mandatory coastal evacuation. For those wondering, Contra Flow (sounds so Olly North'ish doesn't it) is a hoot and a half. How often do you get to legally drive down the wrong side of the interstate. Kinda like England, takes some getting used to!

As for the blob:
McCain = Great national experience
Palin = Little to none

Net sum effect: Zero (we've been down this road with Mary and James)..... gotta scoot!

I dont know why this comes as such a shock to some people.

This is a typical, and acceptable, Republican strategy, and it is even evident in the current administration... Cheney and Bush are the biggest pair of boobs the Republicans have ever nominated.

So much fun seeing you in Fort Denver. When I de-planed at DFW and the news spread over the AA MD80 it was shock, laughter, giddiness, and everyone saying how much fun running against a brunette Dolly Parton (sorry Ms. Parton, I think you are brilliant) would be. But watch out -- Americans are stupid and lazy. She has nothing to lose -- McCain has clearly lost it. That's a dangerous pair.

A dangerous pair of boobs?