Every time I think I’m ‘over’ Arlington, VA. something happens that gives me pause to rethink. When Jordan finished High School there was really no reason for us to stay here, other than the fact that David loves having a 10 minute drive to one airport and a 25 minute drive to the other. For me, this is really not a good enough reason to remain in a place where I do not necessarily need to be. 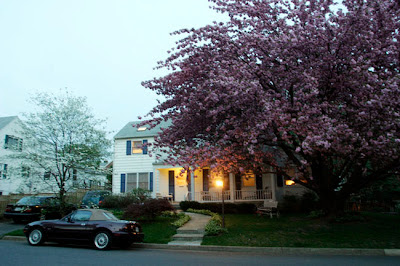 The House on Upton Street

We have lived here for over 22 years. We bought the house when I got pregnant with Jordan. The only place I was considering (we were living at Dupont Circle in DC) , was close-in Virginia. My friend Chuck lived in Arlington and the first time I came out to visit him I couldn’t believe how close it was. I didn’t even look in Maryland because Arlington was so convenient to DC, and it was affordable.

The first weekend we looked we saw a few things that we liked but nothing too exciting. David was traveling so even when I found something that looked interesting, by the time he got back it was gone. Prices were beginning to rise and I was getting a bit nervous about being able to afford something we liked. About a month after starting to look we found an adorable house on the ‘fancy side’ of town and we put down a deposit. To celebrate we went to the pancake house with Chuck (he was our lawyer, too) and he mentioned that the house adjacent to the one he grew up in was for sale. Well why not just go have a look, we thought.

We loved the house. It was a small Colonial which had been redesigned by a gay guy. I only mention that he was gay because it was something he wanted us to know—it impacted on the style he indicated. You know how every real estate agent says to take down your family pictures. Well, Bill had a 3foot by 4 foot portrait in oil that was in your face as soon as you came in the front door. It didn’t matter. He had cookies in the oven and it was twice the house of the one we had just purchased. So we called the people whose house we intended to inhabit, and told them some sob story and they were kind enough to say it was OK and they wouldn’t deposit our deposit. Then we put a deposit down on what Chuck called ‘the Keeler house’. 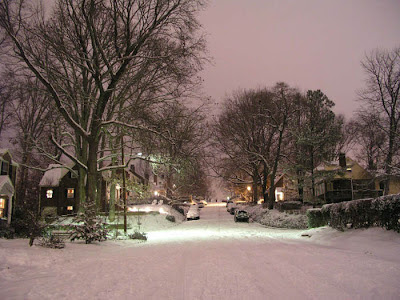 Even in the snow, it's Home

As it turned out, Bill Amos (May he rest in peace) was not much of a contractor but he was a hell of a designer. We had problems with the front porch, the electricity, the water , blah blah blah—there was no place we didn’t have issues. But it didn’t matter because it was a great place to be. He’d added an L shaped addition, Dining room, kitchen and Bedroom, and it nearly doubled the size of the house. And despite all the warnings about not buying the biggest house in the neighborhood, our investment has turned out to be very wise. In fact, when we moved to NJ for my job at USA Networks, we decided that we would not sell because the real estate market was at a low—and that was the right decision as well. In the last 21 years we have added four spaces including a Master suite, a kitchen addition, an office and a studio. It sounds like a lot of space but it’s not – they are all small comfortable spaces.

N. Upton Street between 19th Road and 19th Street is a special place. It is one short block with only six houses but we include our friend Bruce to make it seven. Bruce is actually on 19th Street but thinks like an Upton Street resident so we would never discount him when we’re counting. While all the streets around us are adding sidewalks and speed bumps, we have threatened the head of the Waverly Hills Community Board not to dare touch our street. Yes, we have used intimidation techniques and threats of all sorts and he has come to realize that screwing with the Upton Street gang would be a terrible mistake, 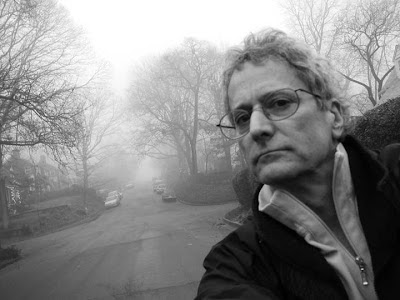 Even in the Fog, it's Home

So back to ‘I’m over Arlington’. While we don’t have planned block parties or necessarily socialize on an ongoing basis, we all really like one another. When any of us go away the others are there in case of an emergency. So when we were away and had a flood in our basement, Phil and Marty came over and saved papers and clothing and many valuables we didn’t even think we had. When Jordan was little the neighbors took great care to make sure she was always safe. When we had our dog Earnest and thought he had run away, everyone looked for him. When we go out to dinner and have a steak we always bring bones for Tripod, Puwan and Dick’s dog. Evelyn, the baby next door calls me Mimi which is my grandma name. On New Years we try to have a little party but like the other night, we mostly do a ‘last minute let’s have a few bottles of wine’ when we suspect everyone is around. Last Sunday was such a day. At 6:30 we called everyone to say that at 7:00 we would all meet on the street and have a drink. We brought the wine and glasses (not plastic), Phil and Marty turned up with cheese and crackers, and Puwan and Dick brought steak and cucumbers. There were no chairs, we used the trunk of a car as a table. We have done this a number of evenings, (although when the first house in the neighborhood sold for $500,000, we did all go out on the street during prime real estate hunting hours in the afternoon to greet the potential buyers.)

Anyway, I think about moving and then something gives me pause. I can’t imagine we would ever find such a congenial and yes, perfect place to have a home and such perfect neighbors. So maybe it’s not time to go – yet.
We’re just sayin... Iris
Posted by Iris&David at 8:41 PM

Your grandson thinks you should move to Boston and become Sox/Pats fans like rational people.

But since I realize just a few years back that I don't HAVE to live in the DC area anymore, Carroll County rules. Where else can one live and be in DC in an hour, Baltimore in less than an hour, have airport 45 minutes away (Southwest Airlines, baby), and have neighbors who raise sheep and chickens.

or at least have another home in the boston area to see all your babies...

Walt---Sorry, but I'd rather watch the Sox OR even the Yankees than eat something that just popped out of a chicken's ass.

You may stay in one-hundred countries..but there's STILL no place like home..

Don't MESS with the Upton street Gang.. Got any jackets yet???