So, Move On, Already!

This blob may seem a bit jumpy but it’s the end of the year (Jewish calendar) and I have so much to do I can hardly think straight. It is Erev (the night before the day we fast) Yom Kippur, and we don’t have a Temple to go to hear the Kol Nidre so we are watching a service on line. It is quite wonderful and we are enjoying ‘even’ the sermon. When we were kids and the Rabbi started to give his sermon we would flee and fast. It wasn’t until I heard a sermon by Rabbi Jack when I was in my fifties that I actually appreciated a speech that wasn’t given by an Emerson graduate. I never liked anyone preaching about what kind of a Jew I should be. And I liked even less, a sermon on Yom Kippur, about what kind of a Jew someone else thought I should be. 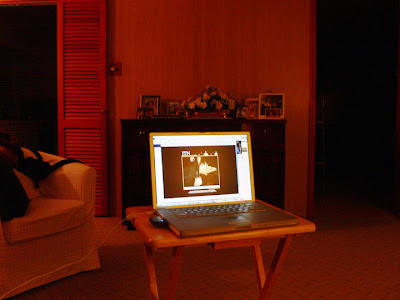 
When we were growing up we had to go to Hebrew school (the highlight of which was when my cousin Stevie put a pencil under my backside as I was about to sit down. The lead went into my tuchas and my cousin Larry had to come and take me to the doctor because my mother and my aunts were missing in action) and Sunday school (which was OK because our friends were in church and we had no playmates) and Junior Congregation, (where we would learn prayer and songs and laugh behind the Rabbi’s back).

We were not religious Jews but we were steeped in tradition and superstition and always had a sense of ourselves as Jews. I was not Bat Mitzvah’ed because my grandfather (who had seven daughters, was never a sexist and, in fact helped to found the Beth Rivkah school for Girls), did not believe that girls should read from the torah. I think he would have changed his mind if he lived a little longer but we didn’t miss the ceremony and it didn’t make us feel like second class citizens. We still thought of ourselves as integral to the Boonton Jewish community. Of course, we also thought of ourselves as integral to the YMCA community, which was right across the street from the Jewish Center and they had dances on Friday night.

Anyway, I have been thinking about things that make sense and I alas, (don’t you love that word), I am confronted by incredible stupidity. How tired are you of the controversy about the General and Move On.org. I say move on for real. First of all it is not a controversy. It is merely a way for the President to move the conversation from a discussion about failed policies, to a discussion about Democrats and their lack of respect for the military. I don’t get it. Why would any member of Congress participate in that conversation? What does condemning an ‘ad’ have to do with the reality of this foolish, costly, horrific war? The only sensible elected official was Obama, who refused to vote and thereby refused to be drawn into yet another White House public relations fiasco. If all the Democrats had abstained as he did, the Republicans would have had no one to talk to, and whatever condemnation they constructed would have been seen as just what it was, political garbage.

And speaking of sensible, my editor, a most sensible and talented person, sent me the edit of our book “So You Think You Can Be President”, (in bookstores in January) and it is incredibly funny. He did a great job on our great job. I have to finish my edit this week and then we go into production. It is a non-partisan book, which by asking 200 humorous questions, points out the foibles (yet another wonderful word), of both parties and all the people involved in partisan politics and the government. If you think you, or maybe a friend want to have a new career, you should take our test. For a few bucks, we might even decide you have passed it and are qualified to become the most powerful person in the world (other than Brad Pitt – Brittney Spears is passé). A new career, why not?

We have decided to take mom to Seattle for the winter. It’s not like she’s going to Florida, (see blob “Please Don’t Go To Florida”, but it’s still pretty far.) We think it will be very good for her to be in a place where she won’t be alone. Jeff and Els are there and they’ll be close enough to see her all the time. David and I are taking her First Class because she loves to fly First Class, and we are looking forward to the adventure. It should be pretty colorful, the trip as well as the move. We will take lots of pictures and pretend it’s a vacation, and who knows, maybe it will be a happier time for her. We’re just sayin... Iris
Posted by Iris&David at 10:45 PM