Sara asked me if I would go to a finance committee meeting for Hillary.
“I’m not in a place where I have the ability to make a donation, or the time to spend fundraising, so you might consider offering my seat to someone who will be more inclined to get involved this early.” “
“Don’t be ridiculous” she said in her Sara ‘you are such a dope’ way. “Come, just come.” 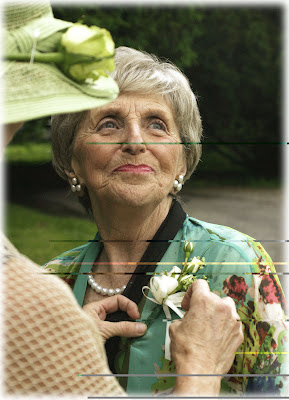 Sara...
Needless to say, Sara wasn’t there. I didn’t really expect her to be. We have been friends since 1972 and we think we met during the McGovern campaign but who knows, it was something political. We would run into each other in airports, at events, and political meetings. She’s about 20 something years older than I—you do the math. But she has always had twice the energy and 10 times the spunk. And never, not ever, has she treated me like an idiot. We have disagreements, and sometimes she thinks I’m a ridiculous person, but she has always respected my political gut. I am crazy for her because she is totally politically incorrect. When, as the least racist as well as white Jewish woman working for the Government of Puerto Rico, we ran into one another at an event. Without missing a beat she looked at my escort, and asked on the top of her voice, “Does your mother know you go out with Puerto Ricans?” Everyone was quiet for about a minute and then all you heard was uproarious laughter. I love her and for over 30 years have done anything she said. So there I was at a finance committee meeting for Senator Clinton.

Over the last couple of months I have heard all kinds – as have we all --analysis of her campaign and the times. Things like “She can’t win”. “We don’t want another political dynasty.” “She too measured and careful.” “She talks out of both sides of her mouth.” And my own personal favorite, “She’s not as young and vital as Obama.”

It was not surprising that the people attending the meeting had heard the same comments and since the senior campaign people were accessible, they addressed some of those concerns.

“Well, she is a Clinton” Mandy Grunwald said. “And she’s going to stay that way.”
The other answers were a bit more diluted. “She’s not careful, she is exact. She’s happy about all the people in the race but she is in it to win.” Then came the charts and video. This was the inspirational part. “Can she win? “She’s already winning” the pollster Penn reported. Just look at the numbers.” It struck me that this interpretation was a little arrogant. What else is new in politics?

The audience looked at the numbers and they look good. But why wouldn’t they? Hillary has celebrity and a name people recognize. Love her or hate her you know who she is. Of course she is ahead of everyone else – the public doesn’t know anyone else. And if they do, they don’t know much. At one point Penn said that Hillary was about even where Kerry and Gore were when they ran – before the nomination. That gave me no confidence. As I recall neither of them won. Or if you want to quibble about Gore’s win—he was not in the White House and I stopped getting invitations to parties. Bottom line – it is all about me.

To be frank, (I wonder who frank is and why everyone wants to be him). I enjoyed the meeting, especially the part where Hillary recognized me and stopped for a hello and a brief cheek kiss. We, as political people are so easily seduced. Mostly because politics is much more fun when you are operating as ‘inner circle’. Even when you are working as an advance person (which used to be a political job but has, over the years, become more of a operational job. That means you complete tasks rather than develop policy. It’s yet again, another blob. Anyway, menial as the tasks may be, they are still close to the power and it’s better to be inside than on the periphery. It is part of the overall campaign organization problem. People spend more time vying for position—proximity to the principal-than they spend doing their jobs.

I am not ready to make a commitment yet. As I have said, I think Hillary needs to relax, get back to who she is—rather than who she thinks she needs to be, and she needs some voice training, because I don’t think people will vote for someone they can’t stand to hear, regardless of her position on issues or life. And I no longer think people will vote for her because they want Bill back in the White House.

It will be interesting to see what happens after Obama announces. I don’t think lack of being part of an elected bureaucracy makes you more qualified to be President (you can’t get experience being President unless you are President) , but I do think that a lack of real campaign (candidate) experience will have an impact on the election. Obama has never really competed for a victory. He’s a great speaker but when I watch him with people he seems a bit uncomfortable. If he has a Gary Hart problem –not womanizing but trouble touching people and the media, he won’t be around for long. I hope everyone who has announced stays around for as long as possible. I love a parade. We’re just sayin... Iris
Posted by Iris&David at 10:04 AM

so for god's sake, tell her about her voice....here in the southern-hinterlands, it's even more obvious, she sounds like shrill yankee northerner.

if you do it we will vote.

saw her husband here the other night,,,he is still great.

At least Jimmy Carter had the experience of being a state gov. prior to winning the office. Sure, much was made of his bringing books to 'learn the job', but be that as it may..I, and others, are VERY concerned over Obama's flash-in-the-pan "Rock Star" thing going on..Makes no sense..

I'm tired of the campaigning already. Please corporate America just give them lot's of money, then tell them to go away till a month before the election. That's when I want to hear from ALL the stooges, left, right and center.