It Was a Great Super Bowl

We’re not going to write about the fact that the only invitation we got to the Super Bowl was from a dear blobbee (I still haven’t figured out the correct term for one who reads the blob – I only know we’re the blobbers), who invited us to watch the game at his farm, in the barn, with the horses. We were thrilled by that prospect but opted to invite some friends to our house as an alternative. And, by the way, sadly, Carol had to put both her horses down. My mother remains in good condition – just to be clear, we didn’t put her down.

Years ago, when we had our first Super Bowl party we were living at Dupont Circle on Q Street between 17th and 18th. I only mention this because it was the best street, the greatest house and obviously the most fun people flocked there. We once made up T-shirts that said “I have lived, worked, or played at 1715 Q”. It was a Washington salon where people came to share stories, recover from lost love and jobs, have parties and even stage events. Michael Evans, Ronald Reagan’s talented personal photographer (who recently lost his battle with cancer), shot his book “People and Power – Portraits from the Federal Village” in the dining room. 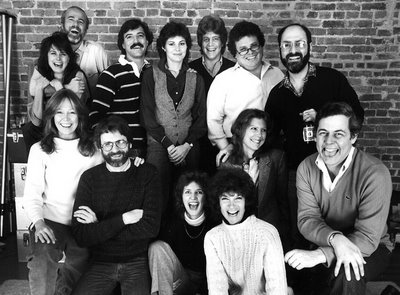 And what a hoot it was when the police blocked the streets for all the notables who were scheduled for a portrait. Even the neighbors loved it. In Washington, although people do care about inconvenience, they also care about power and having something important to talk about.

When we moved to Virginia we continued to have a Super Bowl party that always included good food, lots of conversation, plenty to drink and hardly any football watching. The game was merely an excuse for gathering friends and having a good time. And although our Upton Street house may not have the panache or history of Q Street it was and is still a pretty good place to hang out. And I am a good cook—you will soon be able to buy the “Gefilte Fish Chronicles Companion Cookbook” on our web site.

Anyway, enough marketing. Yesterday we invited Jane and Steve Daley over for Super Bowl. We invited other people but they made the mistake of not coming and I made the mistake of cooking enough for everyone who got an invitation. Not to be deterred by the lack of actual other people, we ate ourselves into a stupor and enjoyed every minute. And we watched some of the game. But not all the time because Jane and Steve discovered some marvelous counter programming on Animal Planet. Counter Programming for those of you who have never been television executive dweebs means that other networks compete for viewers with programs they think non-football fans would like. I learned about this when I worked at USA Networks and there was a discussion about what they were going to program during the President’s State of the Union address. It was impossible for me to imagine that anyone would rather watch “Lethal Weapon” than the President, but I was wrong. 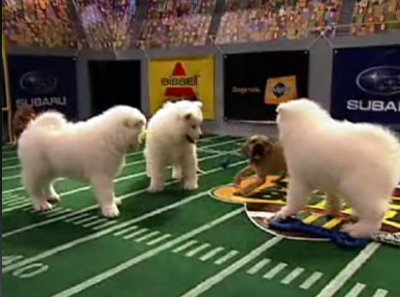 Animal Planet Network, a part of almost every cable package had three hours of “The Puppy Bowl”. The concept for this unique event was simple. Just let puppies play on what looked like a miniature football field with attendants, dressed like referees, who clean up when the puppies messed. It was hysterical. There were all different breeds of dogs nipping, tugging, pushing, leaping, and bonding on the pretend field. There were a few novelties, like replacement players and substitutions when a puppy misbehaved. And at one point some puppies were seated on benches near a TV so they could watch puppies at play. 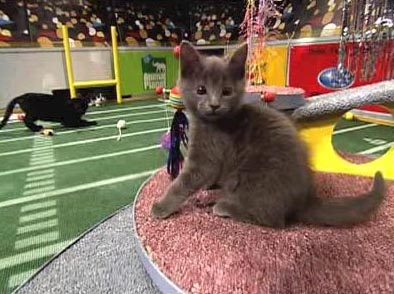 Half Time entertainment - better than Prince
It went on for three hours—about the same length of time as the football game. Instead of Prince, the half time show was kittens at play—equally adorable. If you happened to miss all three hours, it was repeated at 11:00. It will probably be in reruns this week so check your TV guide.

Shamefully, what we liked best about the game was the rain. We didn’t care for most of the commercials because they were either too violent or in incredibly bad taste. Which genius, at the Heart Foundation, decided to do a ‘supposedly’ funny commercial about heart disease and additionally the dangers of fat, when every viewer is munching on some life threatening, delicious, fat filled fare. We loved the fact that it was a sloppy game played without a dome. OK, and we like the fact that the corporate executives and the celebrities (the only people who could afford to go), who paid thousands of dollars for their seats, instead of donating that money to a worthy cause, got totally drenched. I won’t argue about whether or not the Super Bowl is a worthy cause because I am a Patriots fan, but I do think that people who are loyal fans should be rewarded with inexpensive tickets for their persistence. This never happens at a culmination sporting event. Wouldn’t it be nice if tennis fans could go to the Open or baseball fans could afford to be in the stadium for the World Series. Personally, in memory of our wonderful Wheaton puppy, Earnest La Leckish de Q, next year I’m going to ask for 50 yard line seats at the Puppy Bowl. 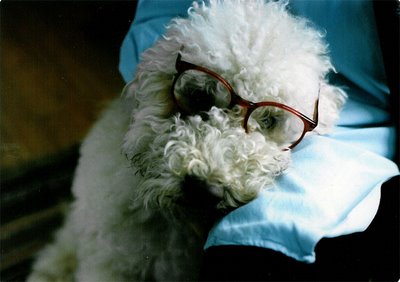 Earnest, in his days as player/coach
Posted by Iris&David at 2:36 PM

Good thing you found your own entertainment. The horses ended up not watching the Stupid Bowl.

Donna's grandmother at 92 decided it was time to join her beloved George who passed 3 years ago. So instead of having you both over, we had to attend the viewing.

Then the stomach virus Donna had for 3 days decided to visit me on the trip home.

Much better enjoying the Puppy Bowl instead.

I believe it was the Bears. Heard about it on VOA. Couldn't watch it where I was at. Yes, indeed..The Puppy Bowl and the entertainment..The purplish-looking carpet beating out the purple rain any day..Bravo!