Writing is a bear. I have been trying to write this for two days, haunted by the fact that I owe someone (the Park City gallery where my show is next week) an “introduction” page for the show. You know.. they usually call it “Artist’s Statement” but if I use that kind of phrase in my house, the responding hoots of derision (which eventually become open chortles of laughter) disable the keyboard for a couple of hours. So, for now I’m just calling it the Intro page, and thinking about it in terms of telling the world at large why Managing Gravity is a show that is worth the trip to Park City (Utah, that is.. Park City, Utah!) You know with me, that Utah thing keeps popping up from time to time. It’s not like we have classic Jersey diners, gleaming in silver and perfectly done poached eggs. Nor is Utah generally a place where you will find the kind of fusion cuisine that makes people pay four grand for a one bedroom apartment so they can be near Nobu. Yet, there have been changes in the past few decades, and there is one I m happy to salute today. 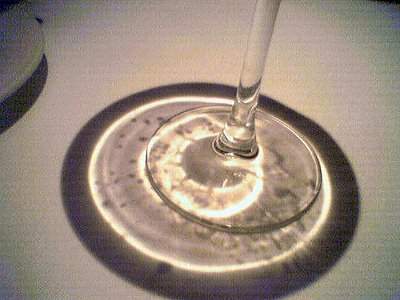 The Stem of it all


Remember when pretty much all coffee you bought tasted lousy. You know, you pour it and you can SEE thru the brown liquid falls. When you see through it, you know that its not going to be much of a taste experience. Well, Utah had pretty much the bad coffee that everyone else had, though because of the Mormon influence, we also had Postum (.. “ a Grain beverage…” ) It was one of the drinks with no caffeine but could produce that see-thru brown liquid which would make people think you WERE drinking coffee. That was eons ago, you know, the seventies. The 80s even. Then, there was the revolution of Starbucks. Now, everyone drinks, and expects to find, even in the tiniest of bourgs, pretty good coffee. It was a revolution of the most elemental kind. Huge majorities of populations were involved in pretending they knew more about coffee, and everyone had their favorites, though I can admit to you now that I have never said the words “double foam, skinny soy carmel latte” until this moment. 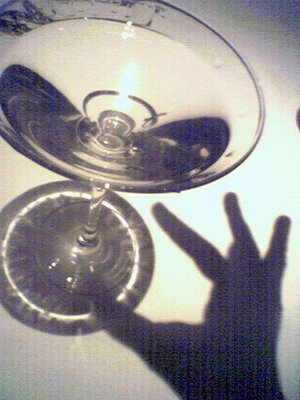 In Utah, because of forementioned influence, we also had arcane laws relating to Liquor. It was sold only in State Liquor Stores, and when you went to a restaurant – follow me here, I’m NOT making this up – if you wanted a highball or a glass of wine, you got up from your table, walked to a distant corner closet of the restaurant, bought your split (of wine) or a mini bottle (hard stuff), walked back to your table, and then paid the restaurant the joy of a corkage fee so they could open it for you (“could you twist that twist-off top for me?”), and pour it into a glass. This was before what became known as “liquor by the drink.” Oh, to think back about these phrases we uttered in our innocence. Well, some where along the way, the legislature wised up (was it the promise of money from skiing tourists who would otherwise go to California or Colorado?) and now you can get a drink. The state of the state of liquor in Utah was the reason, I think that I was a late comer to martinis. My dad and mom had a ‘highball” .. .not every night, but probably 5 nights a week. One drink, got you through the set up for dinner, through dinner, and en route to the play room where dad would like a Corina Lark cigar during the $64000 Question. I didn’t really think bourbon tasted that good when I was offered the occasional sip (at age ten how COULD you like that stuff?) But now I can’t wait to sit in a real grown up restaurant or bar, think of myself as Nick Charles (the Thin man? I’m 8 pounds lighter than a year ago!), and order a Stoly, straight up, several olives, please. Iris prefers the Dickens Martini (Olive® & and a Twist). 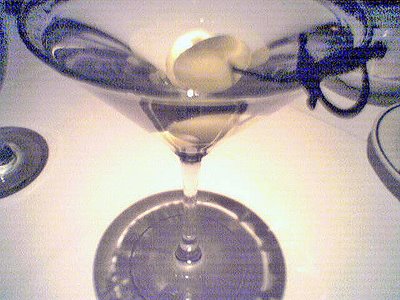 Olives are part of the Magic


There is something nice that vodka does to an olive. The hard core blanche, of course. One friend used to say, “ You want olives in your vodka, go to the Frickin Salad bar!”
There is something awfully fulfilling about staring at an elegant martini glass. It’s like driving to a picnic in a Studebaker Avanti and staring at the car while you sip and nibble.

The Avanti, the one I never had, but always adored

So, two nights ago, my fonecam struck again, at the Perrier Bistro in Philly. If this doesn’t make you want to grab that toothpick and munch on an olive I just don’t know what will. Nora, where is Asta.? I think the Bentley is ready to roll for the picnic. We’re just sayin… David
Posted by Iris&David at 8:07 AM

I think you just wrote your "Artist Statement!"

If you published this with your photographs, everyone, I mean everyone will fly to Park City, Utah.

It won't be for the skiing, or that "film festival." Oh no, it will be for this artist statement.

Heck, I'd even buy new skies for the gallery opening.

That is the smartest, kindest, and perhaps most indulged thing anyone has ever said to me. I admit, it is very rare indeed, that LOL actually means something to me (I hate the little internet-isms like that).. but as I read this, I did laugh, and it was Out Loud