Women are multi-marvelous. And I’m sure it’s not just my friends, although there is not one who is not extraordinary. Sometimes I wonder if it’s a generational thing. But I have friends who are 90 and some who are in their 30’s and all of them are multi-talented, multi-dimensional, and good at multi-tasking.

This is not to say that my male friends don’t measure up, but it’s a different kind of measurement. For example, whether they are at the highest levels of government, business, or the media, there is no task that they will refuse to complete if it means achieving a goal or completing a project. They will not stand on ceremony about who was supposed to complete it or argue that it is not in their job description—they will simply do it. I think I’m the same way. Men may say they’ll do anything to get a job done, but you can be sure they’ll delegate the stuff they don’t like to do. Men have a hard time even making a to do list. Like today, David was doing a shoot so I acted as a stylist. Then I was talking about a fabulous new project I have been working on, so I became a nurse. And finally, when I was pitching the “Gefilte Fish Chronicles” (a documentary David and I produced), I became a salesperson. All of this within a half hour. I think some of it comes from experience as a mother, wife or good daughter. And some of it is genetic or instinctual. I have gotten over trying to figure it out. I just know if I ask a woman friend to do something, it is likely to get done. 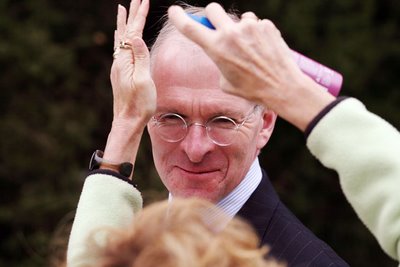 This ability to do a multitude of things is probably one of the reasons that it took women so long to break through whatever ceiling was installed to prevent us from banging our heads while we were trying to get on the roof. We were completing all the tasks the men were leaving unfinished because they considered multi-minutiae to be beneath them. We see things so differently.

Most of my friends operate at the same pace as I do. Those who don’t will never know it. Because although the preferred pace is very fast, it’s more important not to leave anyone behind. And besides, we all seem to be able to accomplish a great deal in a short period of time. When I need a favor I try not to impose on their time, but I usually don’t succeed. And whether it is personal or professional my friends seem anxious to help with whatever serious -- or sometimes what appears to be ridiculous -- project I am working on. There is not a time when I call one of them and make a request that they say they can’t or won’t be there in some way. Sometimes it’s as simple as making a phone call and sometimes it means putting themselves and their reputations on the line, but there has never been a time when any of them said anything other than “I’ll see what I can do”, or offered solid advice and counsel.

It’s a two-way street. When I am in a position to help, whether it’s with a job, money or a project, my friends get the first call. This was true in Presidential politics, in government, and in the private sector. And it’s never just to say thank you for being part of my life. It doesn’t have to be because they are good at whatever they do. And the best part is, they are honest enough to know their limitations and if they think it’s not a good fit they will direct me elsewhere. But for the most part, I have enough friends that I will always find one to fit. And for the other part, they never let ego or titles interfere with something that is challenging, fun and interesting.

Nothing is perfect and there have been times when I have gone into business with supposed friends and it eventually led to total disaster. But initially it was always worthwhile and usually made some positive difference in peoples lives. Here’s a lesson I learned about women, friendship and business. If women create a business and it fails, they look at it as a personal failure and mope around for years. Men declare bankruptcy and move on to the next venture. When women do business with people they think are friends, they treat any breakup like a divorce and go into therapy. Men find new partners and don’t look back. You should never go into business with people you think are your friends, especially your own business. You go into a worthwhile business with potential, that makes sense. You do it with talented professional people and, if the mix is right and you connect, they will become your friends. This, of course, is different than hiring competent people to fulfill the needs of a business or project who happen to be your friends because ultimately, you are depending on what you know and more importantly, what the job requires.

Is this somewhat confusing? I hope so because I’m tired of making these blobs too easy for you. Suffice to say, those of us with women friends – especially if they are my women friends, are multi-lucky. We’re just sayin...Iris
Posted by Iris&David at 10:19 PM

well i liked your post... to be honest u have nice views on women.... i adore your thoughts and views... i would love to drop by your blog again... well u can drop by My Blog sometimes too... hope u will find it interesting...!!!

Hi there. I'm finally sayin' hello and coming out of lurking status :-) I think your post may just be confusing for men (grin). We're less than six degrees apart so may our paths cross soon. Cheers!

You are ever sooo on the mark, Iris! As one who is working hard to re-emerge, I can attest to the business dificulties..The only thing worst than having friends as partner(s) may be family..with 'rare' exception..