Because Its France - redux

Jean Pierre (JP) rescued us from having any further professional obligations and drove us the 40 miles to Bordeaux. How to describe Bordeaux. 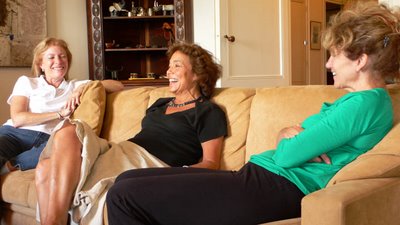 Soozie, Bobbsie ^ Iris on the couch // Bordeaux
Well, it’s France. It is a physically beautiful city without any soul. It is the place where everything Wine is supposed to connect, but even that doesn’t seem to be the case. People buying and selling wine find more amusement staying in chateaus so there seem to be very few hotels. At least in the center of the city. And the hotels that do exist are pretty dumpy. At least this was the case with ours. It wasn’t so much awful as it was needlessly seedy. Kind of “here’s this beautiful city but let’s not follow on that theme with a decent place for visitors to stay.” Like so many places we have been in France (because it’s France) the elevators hold one person and maybe some luggage. Soozie and suitcase just fit and the door closed so quickly we were unable to push the button on our floor which meant she had to crawl over her luggage to locate the button which would carry her four flights up. We were unable to effect a rescue, but yelled directions and tried to follow close behind—which was impossible because we had to wait for the elevator to return. Thereafter we decided to walk the six flights to the fourth floor. Yes, we now have buns of steel.

We have excellent friends who moved from Paris ( a city with no shortage of soul) to Bordeaux about six years ago. They are wonderful hosts and it was Sunday so there was an outdoor market which we perused but just for the beauty not for the shopping. Because it’s France, the food is remarkable. Because it’s Bordeaux the wine is a match for the food. 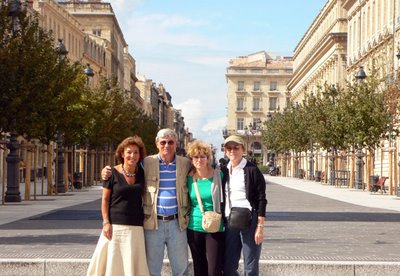 Bobbs,JP and the girls surrounded by Bordeaux blanc
We toured the city and walked and walked until it was time to eat. I think this trip could accurately be described as traveling from meal to meal rather than country to country. 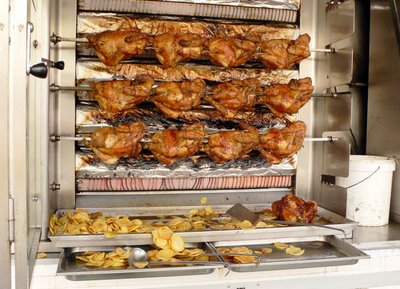 A chicken truck by any other name...
Bobbsie and Jean Pierre led us to a charming café in a historic plaza outside the grand Cathedral. I should add that in the category of “because it’s France” we tried to have lunch at an oyster bar near the market but we were admonished for assuming we could just walk in without a reservation. We assumed that because there were only empty tables and it was after two that they would be happy for the business, but there are all those protocol rules to which we were not adhering. We left to find another place but JP, one of my all time heroes, stayed and explained to the waiter that as a resident of Bordeaux, he was “trying to show his friends what a wonderful city it was and how nice the people could be. But he forgot about assholes like the waiter.” Don’t you love a guy who reminds people that there is never an excuse to be rude – regardless of the rules?

It is miraculous mushroom season in France and Italy so we had ‘cepes’ (a mushroom much like a porcini) omelets, at least two bottles of wine, and an adorable waiter whose parents own the joint. 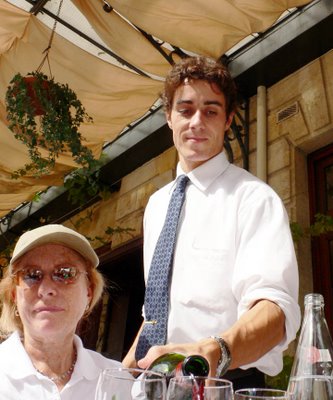 the famous waiter who was almost kidnapped and taken back to Boston
I have found, over the last few years, that there is simply nothing better than a day with good friends (especially old—in time not years-- friends) and good wine and food. I say old or forever friends because while you share so many memories it is always better to catch up without having to play “This is Your Life” in other words, explain anything about who you are. They have known who you are since you were becoming that person. And while they may not know be aware of any recent baggage (often a good thing), they see you with youthful eyes and a warmth that cannot be duplicated. We walked some more, took enough time to have a nap and get ready for the next round of eating. 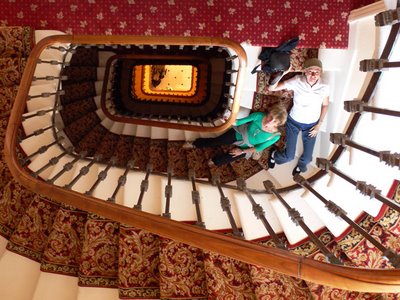 On Monday we tried to leave for the train station to pick up our car and be on our way to Provence. This was not easy. First we had to use the elevator again, then we were told, after being assured that there was never a problem getting a cab because there were a plethora of cabs in the city, that there were no taxis available, then we started to schlep all our crap to the tram but we couldn’t buy tram tickets on the tram, so after an hour and in total frustration we called JP to see if he would mind driving us the distance. We think the mere threat of JP having to drive anywhere caused some spirit in the city to send a cab to our location. We piled in, and I mean piled, and off we went to le Gare, where we got our rental car, found out that we couldn’t possibly negotiate our way to the rental car parking area, had the car delivered, and left for Provence—and another set of meals.
We’re just sayin…Iris
Posted by Iris&David at 4:19 AM

I loved reading this. Couldn't stop laughting. Since Greg is french, we're off to France quite often. Those elevators really are tiny! I have a taxi story too. Once, I waited for a taxi to the airport. It was late and the driver assured me we would arrive on time. Having been there many times, I knew better. Of course, we arrived at the airport at the time my flight was to depart. Something was happening at the airport and cars were backed up; so the driver insisted on letting me of at the wrong terminal. Luckily for me there was a small electrical fire in my terminal, which had actually delayed my flight.

Can't wait to read more about your trip. Sounds wonderful! You and David sure do have some fantastic adventures.

Glad to hear all is well, and the trip(s) were a total success..well..maybe with the exception of dragging baggage half a mile!