The President has decided not to go to the Gridiron dinner. While it’s true that the Gridiron club is a membership organization of mostly old white Washington media people (they did decide to let women join a few years ago), the dinner is a Washington tradition. It is a place where media and political people get into costume and (like Mickey Rooney and Judy Garland – one dead and one also old), do a show. It’s always a comedy and always a way for political people and the press to “let their hair down”.

Every President since Grover Cleveland has attended and in fact, Obama participated a few years ago and received numerous kudos. But he’s not going to go because his kids are on Spring vacation and he’s going elsewhere. Just to be fair, the White House has done a terrific job of outreach to both conservative and liberal media personalities. But I think that not going to the Gridiron is silly. Let the kids go on vacation and thank God, there is transportation readily available for the Big Guy, so he could get back and forth from wherever without any problem. I wonder if this is another case of “we’re not going to do things the way we used to do them.” And additionally, I wonder if this is another case of throwing the baby out with the bathwater. What a shame it is to miss the President having a sense of humor.

And speaking of babies, guess who is not going to marry the father of hers. Yes, Bristol has decided not to marry her boyfriend Levi. Remember when I suggested we do “Free Levi” t-shirts. Well, Bristol decided to do just that. She wants to have a life. She wants to go to school. She wants to be a nurse. In her interview with Greta Van Susteren she talked about teen pregnancy and how stupid it was. What a shame she had to go through all of this. With her mother out of the spotlight, she will no longer be forced (at 19) into spending the rest of her life with a guy who happened to impregnate her –and yes, was very cute. She will spend the rest of her life trying to have a life. And she will never be in that place where she will be too old to have a baby – been there done that.

Last week I was returning from a trip and as I walked through the airport there was an announcement for Lawrence Summers to report immediately to his flight. And then Larry came huffing and puffing past me. I was heartened to see that he was still flying commercial, although my guess is he was not as happy about it as I was. 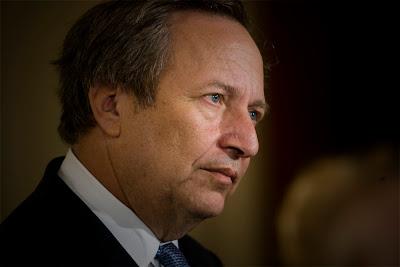 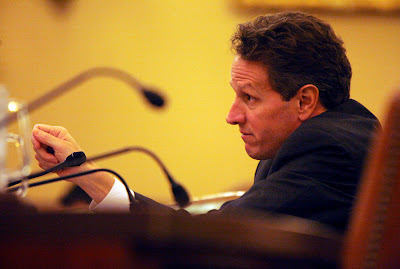 These two guys, who have the thankless job of turning the economy around, may be doing just that but the public doesn’t know it because it is impossible to understand anything they say. And they say it with such lackluster that even if you could understand it—you wouldn’t believe it. Part of it is arrogance—that “we’re the smartest and we know best.” And part of it is that they can neither think or speak in simple terms—and I don’t mean sound bites. Our Larry, was on Face the Nation this morning. He tried to explain why AIG was still giving bonuses to their execs. He explained about contracts and complications. No one cares about explanations and contracts. The public bailed them out and the public (many of whom are without jobs and money), want to know why they are paying bonuses to people who screwed up the entire economy. They don’t want to hear that it is too complicated for mere mortals to understand. They want action and yes, retribution. They want those people to go to jail not a spa. It is truly a shame that the people who are working to solve the problems (and I assume they are) can’t instill confidence in a public that sorely needs a good dose of “yes we will.” We’re just sayin’...Iris
Posted by Iris&David at 4:48 PM

In the case of Bristol and Levi, do we really know who cut whom loose? I'm figuring Levi found out quickly that parenting and marriage could be a drag and a definite impairment to your recreational life when you're an under-20 hunk. But, on the other hand, Levi's family have the potential to be some serious baggage and a big pain for Sarah when she resurfaces in 2012 (and, however much we pray about it, you know she will). Better to have an unwed mother as a daughter than a daughter married into that clan. Methinks momma was on the sidelines rooting Bristol on as she gave Levi his walking papers. Exactly whose idea was it? We'll never know.

good thinkin, but then I expected that from Iris..she's the best