President Obama is getting criticized for laughing inappropriately about the economy (what a surprise) and Geithner sounds like he doesn’t actually believe what he’s saying (maybe he doesn't). There’s no good news so let’s move on. 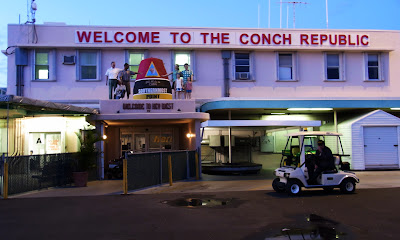 The thing about Key West is that there are always lots of interesting options. Whether it’s a place to eat, some unique shopping or a place to stay, you can find something to fit your mood and probably (especially in this economy) your pocketbook. 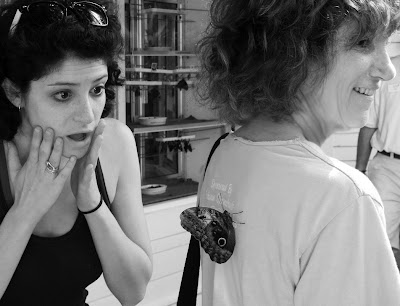 at the Butterfly emporium
There are places to get a burger, buy key lime goodies, and hotels of every size and shape. There are old mansions, – some of which are B&B’s, (some too pricey and precious) and there are assorted motels and hotels. There is however, only one place that has everything; the Southernmost Hotel Collection (southernmostresorts.com). 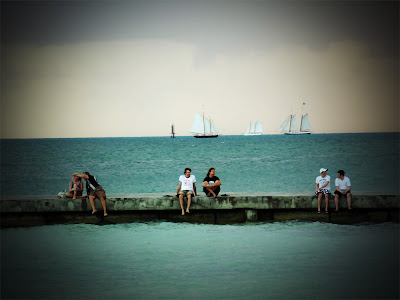 The pier off the SouthernmostOnTheBeach
Too be honest, as many times as we’ve been there, I have never found it too precious. They have two B&B’s which are gorgeous, a newly built, comfortable, modern and well appointed addition (with the largest pool in Key West), that also has access to two beaches --in Key West it’s not easy to say hotel and beach in the same sentence (we saw two wondrous weddings on each beach). There are also ample accommodations off the beach—with guest privileges for the rest of the ‘collection’. And of course, there are two bars and a neat café so you “shouldn’t fall dead on the beach’ from thirst or hunger. Carrie and Lisa from Southernmost, on the beach
The management of the Southernmost has graciously produced two book parties for us. One for, Soyouthinkyoucanbepresident.com, and most recently, for “Soul Rebel”, David’s exquisite Bob Marley photo book. 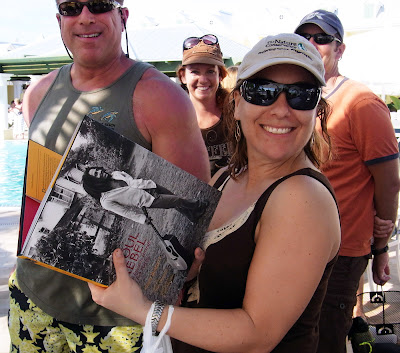 Much as we love Southernmost, this is not an advertisement (but it could be), this is merely a statement of fact from a world traveling connoisseur of places you want to be when you have all kinds of choices, or don’t. Let me say, it’s worth the trip all the way to the farthest point in the US just to stay there. And of course have Key West for additional fun. 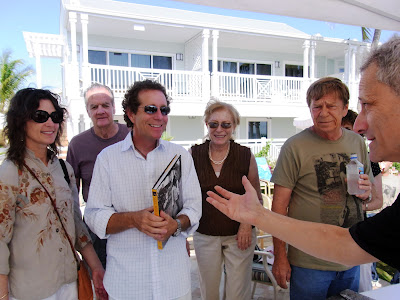 But that’s not what I wanted to blob about – it’s just the backdrop or the preface. Initially, I was going to KW alone, which I have done faithfully for the last fifteen years. Then my pals at the Southernmost offered to do a book party if David could fit it in his schedule. (They did it in less than two weeks, by the pool with rum punch and appetizer goodies and an amazing number of people, including press, attended. But there I go digressing again. Anyway, it just happens that it’s around our anniversary and David thought it was worth changing his schedule for what would be a romantic brief interlude. Then Jordan decided she should come, so while the sunset and aura were dreamy, the romance was different than what you might think of as romantic. Don’t get me wrong it was absolutely terrific but different. 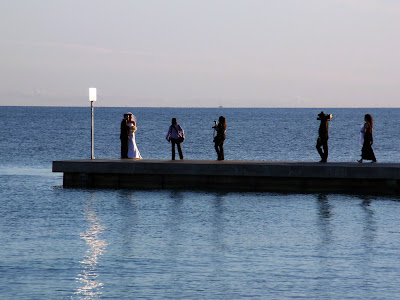 I find it is always interesting to get introspective about love, at least worthy of note for the person who’s doing it as long as they don’t share their thoughts. It is also fun to discover what is significant to people we don’t know. It makes life far more interesting to unearth secrets about people we may never see again—I don’t want to explain why, just go with me on this. It’s why eating at a bar rather than a table in a nice restaurant is often fascinating. In that light, while we were at the bar (drinking not eating, but obviously the place to be ), we started talking to Richie the bar manager. He and his wife Samantha (who was working the free rum punch station but is a physical trainer,) found their way to KW a short while ago. They are a smart and enterprising couple in their 20's and I asked how they decided on KW. Richie didn’t miss a beat. “We were looking for a place where we could be hired together. You know, I just can’t imagine what it would be like to go to work and not be able to see Samantha for an entire day.” 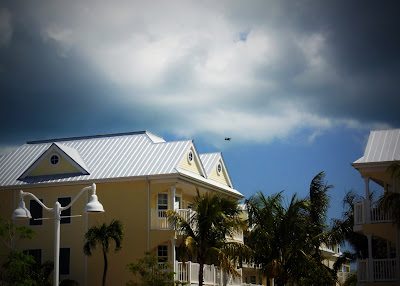 I was so stricken by this simple, but extraordinary statement, that for a moment I couldn’t speak. This may be the first time in my entire life I could say nothing. But then I thought, wouldn't the world be a spectacular place if that's how we all felt about the people we say we love. We’re just sayin’...Iris
Posted by Iris&David at 11:13 PM

Anonymous said...
This comment has been removed by a blog administrator.
9:51 PM

Better hurry and get the web police on this one Iris!
I've always thought your blog slightly on the 'liberal' side, but it's now also slightly on the X rated side.
Since when did you learn Chinese, or did David bring this back from the Olympics???

Good fill someone in on and this enter helped me alot in my college assignement. Thank you for your information.

Opulently I assent to but I think the collection should acquire more info then it has.