Over the weekend they judged the pictures for the annual White House News Photographer’s Association annual contest. It’s known, in one of those post 20th century bids for placement, as the “Eyes of History,” which, while being a bit pretentious perhaps, does kind of sum up the totality of the work when viewed at once. Given the fact that the WHNPA encompasses everyone from free-lancers getting by on ½ wire service and weekly paper assignments, to contract photogs with National Geographic (headquartered here in DC) it is quite likely that most important, and not a few semi-important events of the year will end up in at least one of the photographer’s cameras.
For years, all through the 60s and the 70s, it was common for the Geographic photographers to sweep the coveted “Photographer of the Year” (P.O.Y.)award. There was an element of the exotic which ran through much of their work. And for the most part, everyone else, the newspaper and wire staffers, were covering more localized events, lacking the immediate exoticism of Bhutan or Patagonia, and though the pictures were often just as moving, the tendency was to acknowledge that part of the wanderlust most of us feel with a camera in our hands. Things began changing in the last 15 years or so, for a number of reasons. Newspapers, primarily the Washington Post and Washington Times, were deciding that it was important to give their readers extra content, extra value in what they were selling, and rightfully understood that with content king, it paid to have your own pictures illustrating a story. They would still rely on the ever present wire services (AP, Reuters, AFP) for many things, but whenever possible, they tried to personalize the reporting with their own pictures. This enabled, for the first time, newspaper and other daily practicioners to travel to those more exotic, and photogenic locales in search of good pictures. And it certainly paid off. Carol Guzy of the Post, was P.O.Y. several times, with her colleagues usually winning when she didn’t. And she has been followed by Andrea Bruce, whose combination of wry and emotional pictures from locations as diverse as Falujah and West Virginia, have given her something like 4 titles. It was a time of reasonable expense accounts, and editors who weren’t afraid to put their resources on the line: sending a photographer to Iraq, Africa, or even Appalachia for extended periods to get not just that front page opener, but material deep enough that the jump pages inside were rich with imagery. 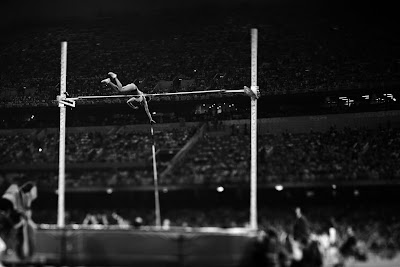 A picture I liked but the judges didn't (Olympic Women's Pole Vault, the winning Vault) 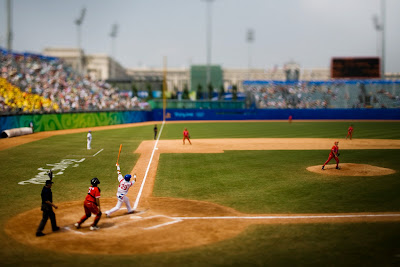 One I liked, and the judges did too (1st Place/Sports Action: Korea/Cuba Olympic Baseball)
I joined the WHNPA about twenty years ago, and over those years have won a few individual category awards, but never the P.O.Y. The real advantage to entering contests, as it happens, is not the rewards you might win – for they are fleeting, indeed, but that it gives you a chance, nay, forces you, to look at last year’s work and really analyze it in a critical and self-mirroring way. We all pay lip service to our own abilities to edit and re-package our work, yet, from what I see in the contests, that remains an elusive goal. Most of us remain too attached to pictures, simply because we remember the pain and effort it took to get them, or conversely, some wonderful joy in the situation which yielded that image. For the reader looking at that same picture days, months, later, without the same emotional baggage, there will be a different interpretation. The picture has to stand on its own two legs, and can’t be held up by some artificial warm and fuzzy reaction. The need to regard your own work, and to ruthlessly edit yourself is part of a growth process which every photographer who hopes to improve must realize. There is no way to become more crafted, more able, and more sensative without looking at what has gone before, and finding those elements which need improvement. It can be a painful process. We keep kidding ourselves (“isn’t that Paulson portrait just right.. didn’t I catch his distant self?”) 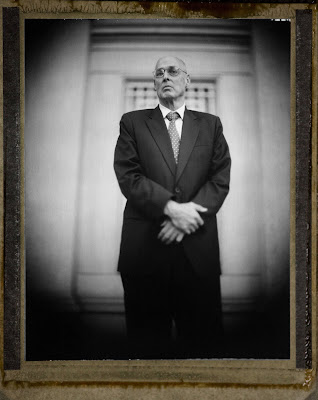 as to what we think might be the real knock outs
(“they can’t possibly fail to appreciate my series on Chinese Olympic cops and their umbrellas...”—oh yes they can!) 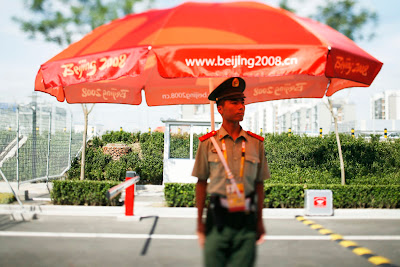 So it takes a little shaking of the ivory tower by the pagan photowatchers on the ground, the ones who nearly shake you OUT of the tower, for you to see what you did the year before. And the thing is, even if you do win something, it’s rare that you don’t have some kind of guilt pangs: you KNEW that your friend who only got 3rd place actually had a better picture than your own.

Judging seems to be a world unto itself. I was twice a judge at the World Press Photo competition in Holland: 80,000 pictures from 80 countries around the world, each sent by a photographer who thought their work just a little bit better than average. Most photographic reactions are visceral. You look, you see, you feel, you react. It’s not like doing a six step math equation where each you evaluate each tidbit before going on to the next. Either, you feel it, or you don’t. If you have to really talk about it, well, then that picture isn’t the One.

But there is nothing like the buzz you get when that picture really does work. And I recently met a photographer who was absolutely enthralled by the prospect of photographing. I met this young woman last week at the Govinda Gallery, where the Soul Rebel (Bob Marley) show is currently on display. 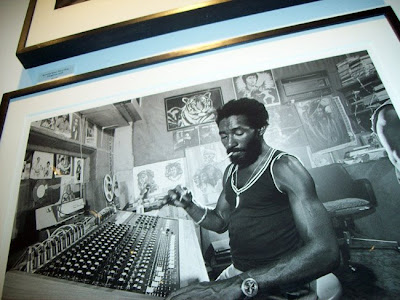 My photo of Scratch Perry, as seen by Harmony 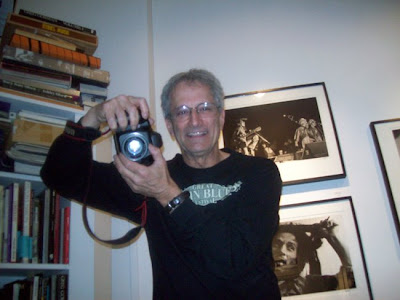 DB as seen by Harmony 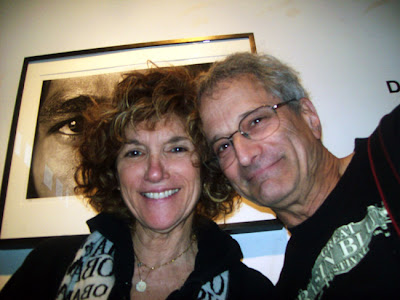 Iris and DB, by Harmony 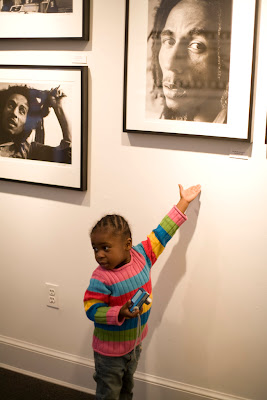 Harmony at the Govinda 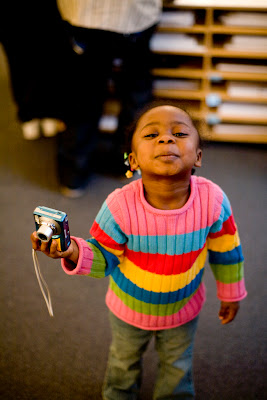 She was relentless. She wandered here, there, this corner and that. And never stopped shooting. She was, I suppose, trying to make the show a bit of her own. And that she did. Last night, I received a few images from her take, and was pleasantly surprized at how well the pictures turned out. Her name is Harmony Holmes. And she is 3. And if she wants to take a photograph, you better not try and get in her way. She’s my kind of photographer. And though it’s only February, I kind of feel like I may have already met 2009’s Photographer of the Year. We’re just sayin’... David
Posted by Iris&David at 4:26 PM