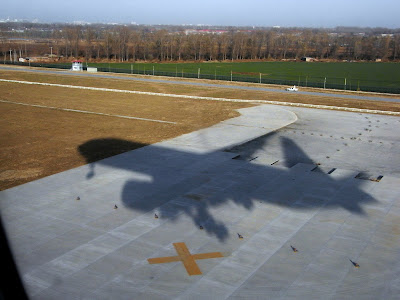 Another of those too-quick-for-your-own-good trips this week. I left last Thursday for China for a week and this is my first, moderately belated update on what the place is like since leaving after the Olympic Games ended. Truth told, I saw very little of China, and a lot of press buses and athletic locations in those three weeks of nearly sunless August. Following the Games, I spent a few weeks going the Democratic Convention and added a few other things to the last 3 months, and all of a sudden it was time explore Xiamen on the south coast where the local photographic commission, led by a man who lived and worked in the states for while, opened a show of my sports photographs. It includes previous Olympic work plus about a dozen or so from the Beijing Games. 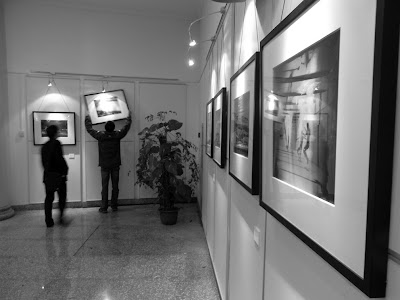 It’s up in the lobby of the Concert Hall, in a place that has no small series of Classical concerts, so the audience attendance is guaranteed. (It’s a great way to stoke the viewing habits of a show.) We had a very attentive local host committee, and in addition to opening the show, and doing a presentation with a large group of photographers, we had a chance to visit one of only 11 officially sanctioned Olympic Museums around the world. The good news is they are in serious need of some content for their walls, and I am hoping we can interest them in some great Olympic sports imagery. I even got to photograph myself in front of a pic of Fu Ming Xia, who I seemingly immortalized in 1992 in Barcelona where she wont a Gold in diving. More to follow. Meanwhile this all takes place on a very interesting little island called Gulangyo, which is about as far from Xiamen (a famous coastal city) as Ellis Island is from Manhattan. To wit, a 12 minute ferry ride, on boats which turn on a dime. Gulangyo is a real tourism haven, with dozens of little groups being led over its hilltops by folks with flags, the long time Asian tradition to keep from losing your charges as you pass the dried fish stores. I have never been partial to dried fish unless there was a need to patch a hole in a boat. There is something about dried fish, and its perfume which makes me want to just open a can of tuna and grab the Hellmans. I can’t really understand why folks are so wild about it, but it must have something to do with what you grow up with. Ludefisk, the Norwegian version of sea-borne chittlin’s is apparently in that category. (The category is Freaky Smelly Food they make fun of on Prairie Home Companion.) We were (I was traveling with Bob Pledge from Contact, my agency) invited to an unending series of banquets to celebrate our celebratory wonderfulness. I kept thinking.. Ok.. we ARE special, but how bout a burger or an order of ribs? The one thing you have to give the Chinese, they can find things to eat in the world of animal and plant endeavor that would challenge an A.P. high school biology teacher. I’m not really squeamish, and certainly not ungrateful to our VIP treatment, but the fact is, at each and every dish, not to mention meal, there were things which haven’t been seen since a Pleistecene Era rumble between maritime and land borne organisms. Somehow the fact that something is unchewable makes it a delicacy, though I’m partial to actually hearing my teeth get thru the bite instead of bounce back like soccer balls. At one point there was a great looking dish of fried rice (always a staple that will save you…) and in one bite I realized they had taken all the stuff that had the texture of three day old oysters, and drummed it throughout. Darn, those delicacies… I say. 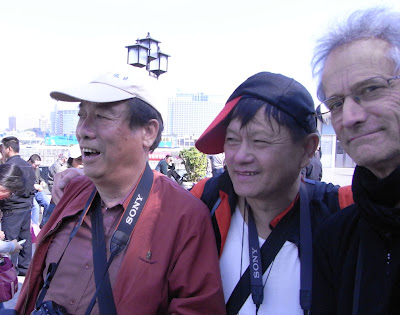 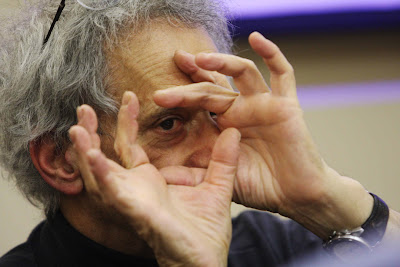 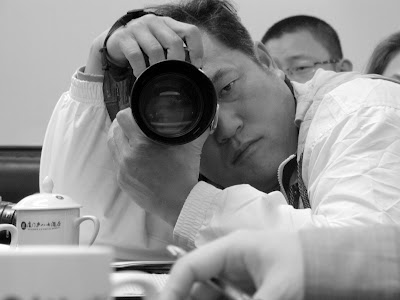 DB and members of the local camera club mugging(top), and a session with professionals - more fun, less mugging.

On the far side of Xiamen, there is a view of a rather historic little set of islands. In the 1960 Presidential campaign Nixon attacked Kennedy (that would have been John Kennedy) for being soft on the nuclear option over Quemoy and Matsu. These little islands, just a few miles off the coast of China, have remained part of Taiwan all these years. It’s about as weird as the US having a base IN Cuba. Think about it. It’s as if the Russians had an air base in Kansas. Or the Syrians a training site at the Saratoga Race Track. Taiwan itself is a few hundred miles away.

But in the late 50s the Chinese regularly shelled the islands and threatened to take them back though they never did. Nixon was all for dropping the BigOne on the Reds to make them desist, and felt Kennedy wasn’t being gruff enough. The words Quemoy and Matsu resonate with those of us who worried about yet ANOTHER nuclear war possibility as kids. Now, they remain little nearby bumps on the horizon, as seen from a beach full of Sunday holiday goers. No more specter of A-bombs dropping from B-47s. Just people getting sand in their sneakers as they walk across the sunsetting plages. I think I prefer the sand as sand, as opposed to heat – altered glass.

Quemoy and Matsu, 4 miles off in the distance
Meanwhile, I have arrived tonight in Beijing where I happily traded in the fancy banquet circuit for a simple $18/for two Szechaun meal with beer, something much closer to Mark’s in Falls Church VA where dim sum rules and the Peking Duck isn’t that bad, either. I know I should like all those things from the darkest bottom of the ocean, and from caves you need galoshes to tromp around in. The chewy ones you could use as roller bearings in a DeSoto transmission. Three thousand years of culinary mastery sometimes ends up expressing itself in ways that social mores encourage but for which the actual engagement of tastebuds is truncated. Me? I’ll vote for the sizzling platter of recognizable meat with vaguely familiar sauce any time. We’re just sayin’….David 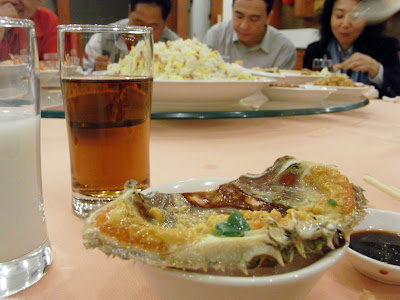 P.S. if you happen to be in Europe or the South Pacific, you may notice that I had the cover of the local editions of TIME this week. Still rare enough that I get to mention it: Music in Cuba! Great piece by Nate Thornburgh.. have a gaze (or see it online at Time.com/time )And as always, click on a picture to see full screen. 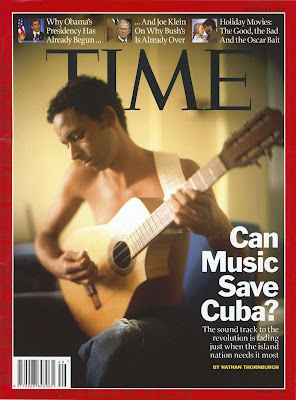 will you be coming back with a bunch of avi clips?

Well i guess Canada is considered Europe as far as Time is concerned. Bought the issue today. Love the photo's of the little girl with her parents , and, the car shot.

Have a happy holiday(s) season.

P.S
next time you go to Cuba and need someone to carry your cigars, give us a shout. I carry stogies for minimum wage. Especially since they fired averyone at the newspaper.

Fantastic photo on the cover David!