The question of the day for the pundits seems to be: If Obama doesn’t expressly say, “I can’t do everything at once, so lower your expectations,” will people be disappointed in his ability to make change the first week out. Boy, are they stupid.

This was a campaign that inspired people to hope for a new world, a different direction. This is a candidate who brought young people out to the polls where no other candidate ever could. Here’s what the pundits don’t seem to get because they are still doing ‘old’ think. He’s not going to say, “Oh, don’t expect too much from me.” He’s going to say, “Of course we can do it, and don’t let the nay sayers tell you any different.” The nay sayers, being who they are and having the power of TV—or rather the luxury of only talking to other pundits, will go on and on about how the economic crisis didn’t disappear on January 22, and there will still be troops in Iraq on the 23rd. But that does not in any way diminish the hope we all have that despite the reckless and careless – some would say selfish and heartless, policies of the Bush Administration, all those horrible problems will eventually be dealt with.

I for one intend to be hopeful for the next few years, and with good reason. Obama won this election because, not only did he believe that he could make a difference, but because he surrounded himself with a strong team of people who, together, are absolutely capable of identifying, outlining, and dealing with the issues. McCain never did that. When Obama was endorsed by Colin Powell, McCain said he, too, had been endorsed by five Secretaries of State—not a one of them still alive. Yes, they are breathing but as my son used to say when I talked about the “good old days”, “So Ma, when you were alive was there electricity?” So I mean ‘alive’ in the nicest possible way.

Changing the subject a bit: so what do we do about GM? Tom Friedman says that GM’s idea of being visionary is to give gas tax breaks to people who own Hummers. He says that before we give GM one penny the Congress better make their expectations about change—very clear. And speaking of GM, they have a Youtube ad that explains their position about why they should be part of the bailout. The thing about Youtube is that you watch and enjoy. The successful Youtube videos are not about reading something. That’s what newspapers are for. I guess their PR people are desperate to get their message out and they heard a rumor that Youtube was the new way to advertise—but I think they missed the point (could this be the first time?) I could be wrong (and that would be rare) but vision is not words – it’s about seeing. 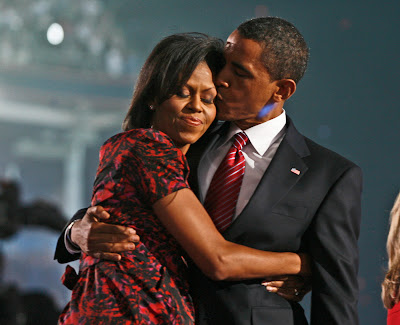 Time for another ‘change’. How about those Obamas on 60 minutes? Didn’t you love the fact that they are so obviously in love and normal? Maybe being in love isn’t that normal but it is certainly what we all hope for. Wasn’t the part about his awful apartment absolutely where we’ve all been with boyfriends at one time or another? I remember when David and I finally made some kind of commitment and I decided to clean up the apartment he rented and loaned to anyone who happened to be passing through NY. It didn’t matter if he knew them or if they had washed in a month, they were welcome to trash the ‘pad’ The first thing we had to do was to change the locks—or in this case get the keys back from about 3,000 wandering photojournalists. It was months before I agreed to sleep over, because it was so dirty and I never knew who would walk in. So when the new First Lady (that sounds terrific doesn’t it) talked about how she visited his apartment but refused to sleep there, I could certainly relate to it. Did you not love it when he talked about taking a walk, and how he wanted to take her for a walk, and how they wanted the kids to have normal lives. If you heard, actually listened, what they were saying, (and it was all the morning shows talked about), then you understood that these are people who had a dream, worked hard, and were able to convince enough people that they should live that dream with them.

OH MY, I’m starting to sound like someone who is not a cynic – we can’t let that happen. The Congress needs to take a lesson from the President elect. They need to say “yes we can” make rules about how all that money, that belongs to the taxpayer, is spent. They need to say “yes we can” make this a better America. They need to agree to work together and say “yes we can,” and make that American dream a reality for so many more people. The nation will have disappointed expectations only if the Congress plays those stupid partisan games. Then we’ll have to rid ourselves of those nay sayers even if it isn’t on the 23 of January. We’re just sayin... Iris
Posted by Iris&David at 10:09 PM

So whats the deal Iris? Give me some hope here!

Its early and I have patience, but The Great One's message of change is starting to have that crusty, re-hashed, previous administration, term limited, old fart and lifer politician look/feel to it. Where's the new blood? And share with us non-believers why he is so determined to breathe new life into the Clintons?

As expected, Al-Zawahri and Al-Qaida just today fired off their first "lets see if we can irritate Obama" message. Is he up to the insult? Hope so.

That the two title words are synonomous goes without saying.
Add the theme of "change" and there you have the root of human suffering.
May all beings gain realization!

Who knows where to download XRumer 5.0 Palladium?
Help, please. All recommend this program to effectively advertise on the Internet, this is the best program!