Write It Down, People!

Deadlines. They probably exist for a reason. Otherwise, things won’t get done. Aside from the fact that I didn’t write (again!) for a week, and received threatening missives, I realize that one of my big problems could have been managed if only I had bothered to listen to my dad. Ted Burnett, who sold watches wholesale for 35 years, was pretty good about lists. “Write it down,” he said. “And when you’ve done it, cross it off.” How simple a concept that is. In an age of instant on, gigs of memory, and Palm devices in the hands of Hertz parking lot agents, writing a simple list on paper becomes a rather hallowed experience. Almost as if you are paying homage to the Buchbinders and Papermakers of yore, whose work was to create something on which TO write. 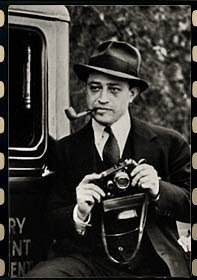 Carl Mydans: not only do I wish I'd kept a journal like he did, but oh, to look this cool.
Carl Mydans, who died a couple of years ago at a very vigorous age 97, was one of the great, smart photographers of the 20th century. Not JUST a photographer, but a complete reporter, Carl always had his diaries at hand, and if it can be said that name-dropping has its place, I will confess that everytime I saw Carl he would nudgy me about whether or not I was keeping a journal. I have for years used DayTimers and spiral notebooks to keep track of expenses, contact names on photo shoots, and even list my itineraries. But I never really kept a journal. It was too much work. It was too hard to remember to write. It was difficult to keep it handy. It was always one thing or another, and I can tell you that simple as it might seem, much like Cal Ripken playing in 2300 straight baseball games, it is NOT something done without real commitment and desire. I still have this nagging, annoying feeling that I’d almost solved the problem. My first computer was a 35 pound behemoth Osborne. I actually carried it on airplanes (before the overhead racks had doors... they just had Racks), along with my photo gear. But setting it up took ten minutes. And when you want to write, you don’t want to wait ten minutes. Then the Radio Shack Trs 80 (the TRASH eighty) came out in 1983: instant on, and though it only had 24k memory, you could still type a LOT of letters in the days when One K = 1000 characters. But even with that excuse gone, I was a sorry journal keeper. I thought that perhaps I’d remember stuff just because I had such a great memory. And for the longest time I did. In the last five years, all my friends who used to be amazed at my citing a day, time, place from 20 odd years before, when we ate the succulent cote de boeuf at that little cafe in the 9th.. .well, they don’t expect much now. I might be able to place a time in Paris, but remembering who I was with – much tougher. Of course my pals are also losing their memories , so it kind of evens out. It reminds me of the Little Rascals – “Bored of Education” was the episode: first day of school, and Weezer takes a note to Miss Crabtree (see, now I CAN remember this from 1957!). The big boys tell young Weezer “Miss Crabtree is DEEF, so you have to really yell for her to hear you. When you see her, give her this note.” And of course when Weezer delivers the note to the charming Miss Crabtree, it reads “I am hard of hearing, please speak loudly!” And there begins a screaming conversation by two people who have perfect hearing, and who are standing just two feet apart. Not only a perfect Rascals moment, but a metaphor for the yelling which has come into many of our lives the last few years, as we struggle to hear, and be heard. 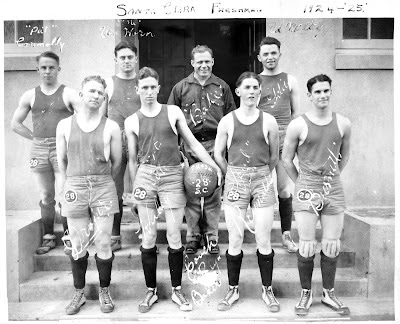 Ted Burnett (r.) and team: Imagine the Knicks looking this good
Well, Carl, I have to admit, I’m still a disappointment. I do hope (and yes, I’m writing his son Seth now ....) that someone will take Carl’s journals and make a book from them. I guarantee you that it will be fascinating reading. Whether you keep your own diary or not, writing is always a good thing. Maybe that’s why we do the blob. We know that otherwise we won’t write. We don’t write to Seth & Joyce. We don’t write to Jordan. We don’t write to our moms. In fact who does anymore other than the fleeting, and soon disappeared emails which crowd all our lives. We have paper from the Roman and Greek eras, the Middle ages, the Renaissance. The American Revolution. We have computers since Jimmy Carter was President. They change a lot quicker than the paper the instruction books are written on. Say, take this floppy disk, and the Syquest cartridge of the novel I wrote 12 years ago, and make a book out of it. Hmm, no floppy drive? No more Syquests? Well, frankly my money is on paper.

Dad didn’t actually write a journal either, but to my grand surprize and amazement two summers ago, when Mom moved from Salt Lake to Palo Alto, we discovered a photo album he’d kept during the mid 1920-s in High School and College. Fantastic wonderful pictures, caringly assembled on black paper with white ink to remember the names and places. Simply stunning as a work of 20s photo art, and all the more so that Dad never really was much of a picture taker that I remember. 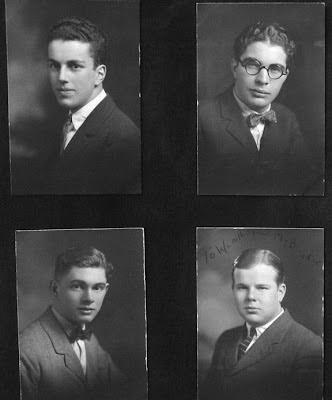 Yet, this scrapbook, which had pictures already 80 years old, looks like its good for another century or two. Pictures taken with old folding Kodak cameras – so good you could barely match them today. 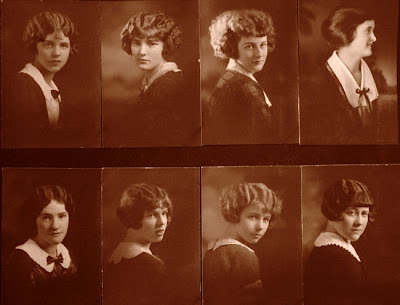 An artful quality which is stunning. I have copied many of the pages onto my hard drive, and it’s a joy to be able to find them. But when I’m too old to remember the keystroke for Resize/Save in Photoshop, well, my money will still be on the paper. We’re just sayin... David
Posted by Iris&David at 5:28 PM

Your dad had a great eye for beauty!

Write that down. Grin.

I must agree..And as for the journals, I wish I had. To bad for some cats lately @ 1600 Penn Ave..kept tooo many journals!

I'm in on the book idea. No dis on Seth,a great writer, but I think a photog would write it well (read David). I always thought Photogs writing about Ansel et al had better insight.

A movie about Carl sounds great too.

What about a DOC with you as the narator David, or talking head? The ARTS channels would love it I'm sure.

Seth, Dave get to work.