It Used Be So Easy


It used to be easy to figure out simple truths. Things like who was a good girl and who was a “Ho” as they’re inappropriately called, a prostitute or less nicely, a whore. But it’s not that easy anymore. Perfectly nice women are happy to look like “women of the night,” if a little less glamorous. 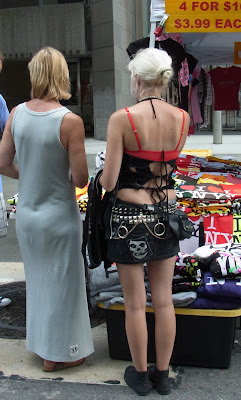 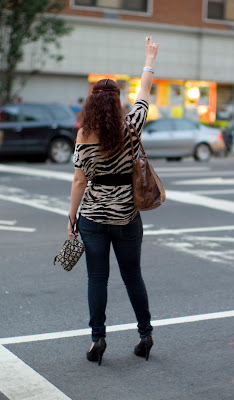 And there are other examples of these moral/emotional/physical quandaries. There was a time that you knew who was a Republican and who was a Democrat. The leaders were not as contentious as they appear today (you could almost call them civil and respectful) but there were differing political philosophies. The elected officials were mostly not ideologues, but they had different ideas about the way government and the country should function. I won’t bother to tell you how you differentiated; you can read my book, “So You Think You Can Be President,” if you want to know. Politics are just that, yet there was a recognized difference between campaigning and governing. Once the election was over, the people who were elected, transitioned into governing. Not that they stopped raising money for the next campaign, but they selected experienced operatives to help them make decisions that were related to how to be successful in governing – moving the country along for the good of the society. This was never easy, but there were clues that helped the electorate to determine which way they wanted to go.

Anyway, there was a time when a President was elected to lead the country. There was never a time when an election meant that you had to be political friends with people on the other side of the aisle. That is not to say you couldn’t be personal friends – because that was what created a cordial atmosphere. But, the reason the President gets to have political appointees is because those people are supposed to reflect the policies of the Administration. What do you do, however, if the President refuses to kick ass and make the government what people expected, when they elected him. Here’s a small example of what I mean. When Bill Clinton was elected, the people in the White House were reluctant to clean house. They thought it wasn’t ‘nice’ to fire political people. For a while, the only Agency that cleaned house was the United States Information Agency – my job. I simply asked for resignations from every Republican appointee. It’s what was supposed to happen. People did not elect Bill Clinton so that George Bush’s people would still be making policy decisions.

Eventually, the rest of the Clinton people got it. Nice was allright. Collegial was close to accepted. But compromising positions for which you were elected, was not going to happen. The Clinton White House, as dysfunctional as it was in some areas, never hesitated to put people who knew how to govern, in governing positions. No one is perfect, and you’ll notice I said “no matter how dysfunctional,” hesitated to ask people who knew what they were doing, what to do. Clinton couldn’t get enough information from a million sources—sometimes too many. Sure there were problems, but the President never negotiated away what he he was elected to do. Foreign Service Officers, for example, are of two minds about everything – but never the President.
The campaign is about to begin too soon. Will BO get reelected? Do we want a leader who leads us in the wrong direction, or someone who doesn’t lead at all? It’s not an easy choice. Finger pointing doesn’t work. The Tea Party disrupted the process, but the President never told them he wouldn’t stand for that. He still thinks that it is more important to be liked, than to be in charge. Someone ought to tell him that when the Tea Partiers pledge their next class, he just isn’t going to be invited. “Oye”, as my mother would say, “Smart, smart. Stupid.” We’re just sayin’… Iris