The Irish Times headline today might be the silliest political assessment of the next Presidential race ever. They said, “Iowa straw poll reshapes Race for a Republican US Presidential candidate” If you know anything about the history of this straw poll, you will agree that it means nothing with regard to what’s actually going to happen over the next year. Just ask Phil Gramm, Pat Robertson and Mitt Romney. Clearly, we will not have Ron Pawlenty to kick around. But given his humiliating defeat, he wouldn’t be much fun anyway. (A friend from Boston sent a note outlining the degree to which Iowa usually misses the eventual winner, and that New Hampshire usually correctly predicts. To which we replied, “and in New Hampshire they can’t even SAY “strawrrrr”… to which he responded “that’s right.. they say Hay.”)

Ms Bachman won the Iowa straw poll. This particular contest is one where the person whose organization buses the most people to the polls, wins. And she provided the most buses. Good for her. She is smart enough to have hired real political organizers, (and judging by the decision not to respond to the ‘Tina Brown’ Newsweek cover), quite astute communication people. When she left the debate to ‘reapply her make-up’ the media folks knew she was actually talking to advisers. The rest of the pack should have done the same… talk about boring. The most interesting confrontation was after Chris Wallace, (who is both transparent and dumb as dirt –which I mean in the nicest possible way), was trying to play the old gotcha game and Newt, (who never removed his folded hands from podium), remained remarkably above the fray, and called him on it. Yes, I know this is a run on sentence – but since we’re just Sayin -- not Payin, for the space…

WHERE WAS I? Oh yes, there are going to be lots of candidates, and lots of ups and downs, name calling, ugly banter, and foolish missteps, before we can be sure about who will emerge as the real front runner. It is hard to believe that the Republicans will chose a candidate who cannot win and no matter how smart her advisers are, neither she nor the husband she depends her for nearly everything, can win an election. Especially if Biden goes to the State Department and Hillary, as Vice President saves the election for BO. 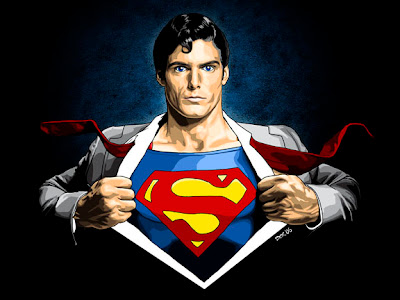 That’s not what I wanted to blob about. I wanted to blob about mistakes. And speaking of mistakes, BO or, …. who disguised as Clark Kent…. No not BO, the Super Committee he insists will make the decisions all the elected officials in the whole Congress could not. It is painful for me to watch the creation of yet another government Committee that will never do anything but spend money. Of course, each Congressional Member will need staff, supplies, a liaison, clearances from other Members, and space in which to operate. What does this have to do with Clark Kent. Nothing really, I guess I could have said Super Glue, or Super-stitious or Super Delegate or Super-erior. But it was easier to make this analogy: Simply, Clark Kent was a disguise –the Super Committee is a disguise as well, just not as handsome, not able to leap tall buildings in a single bound and not ever going to fight for truth, justice, and the American way. Were just sayin’…. Iris