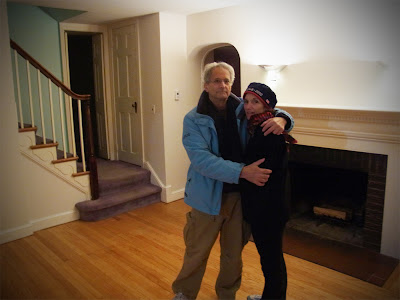 It happened so quickly that we didn’t even have a chance to tell everyone about it. We sold our house and moved all our worldly possessions into storage. We are now staying at 220 E 54th St apt 3J, NY 10022. And can be reached at PO Box 69, NY 10150. Of course 1915 was more than a house and more than a home. It was a workplace, a theater, a peaceful refuge for people who needed comforting, a home for wayward political volunteers, a place we celebrated holidays, (the New Year, Super Bowl, Hannukah), where we thrived because we were surrounded (at the drop of a hat), by enthusiastic teenagers. It was an office, a studio, a playground, a place to strategize about world policies, and a place to entertain so many people we loved. You never knew who you would find when you opened the door. It might be a political reporter or editorial cartoonist, a chef, photojournalist, White House photographer or staffer, (yes, there is a difference – the ‘credential’), elected official, lobbyist, movie, tv or theater celebrity (once I came home and found Anna Deavere Smith interviewing David), corporate executive, musician, composer, felon, butcher, baker, and an occasional Indian diplomat or someone of special note – (for us these folks were always friends and family -- sometimes that was synonymous.) The purpose of sharing this information is not to brag, but simply to explain, 1915 was an interesting place to be.

In addition to all these things, it was the place where my son told me he thought he had sex (he wanted me to decide if this was so), he found his first pimple, and he learned to skate board. It was also the place my daughter was born, grew up, and found her professional calling. Oh, you know I could go on and on (as I often do), but you get the point. In fact, chances are, you were probably around helping us make a memory. 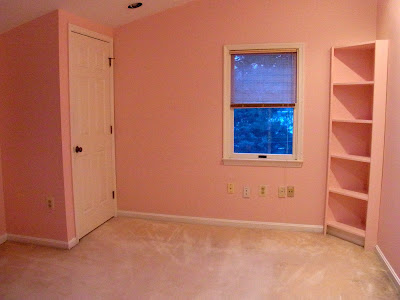 ...the office...
Over the years it became a place where you went to laugh about the state of the world, or cry about the loss of a friend. We couldn’t dawdle with a long, maudlin, drawn out goodbyes (The new owners wanted to show their son his new room, and their painters were showing up an hour and a half after ‘closing.’) We simply left the way we came. David taking pictures and I, begging him not to take any of me. Yesterday we said our final goodbyes to our incredible neighbors (these were the kind of people who pumped out the flood in our basement when we were away, and with whom we often gathered on the street for an impromptu “Upton Street” cocktail party.) They had a lovely dinner in our honor, and to the life we lived amidst them for twenty five years. We pasted a picture of ourselves in a hidden place where it would never be found, bid adieu the way Jordan did before she left for school each morning. 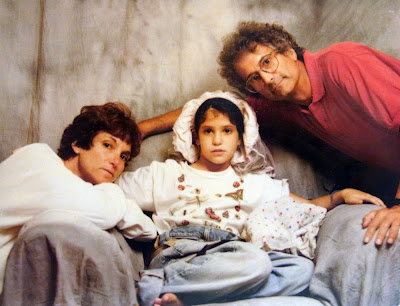 the hidden polaroid, ca. 1990
We simply said “Goodbye, my house, goodbye, my tree,” looked both ways before we crossed the street, got in the car and drove away. We’re just sayin’….Iris
Posted by Iris&David at 12:52 PM

no, not this way. I'd much rather see David leave the house, stop to light a Chesterfield, take deep drag, turn, and walk, hand in pocket, with coat over shoulder, down a foggy street, his footsteps (kind of clopping) fading, much like the end of Jimmy Durante's TV show.
lordy, I can't stop following your lives, you tell it so well.

Moving on is sometimes so difficult. All the best to you wherever the trail leads.