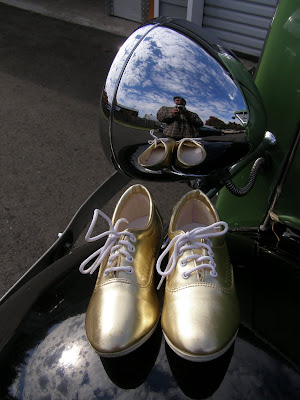 On my mother’s 90th birthday, my younger brother (to whom I did not speak until he was eighteen), called to wish my mother a happy birthday. Who else was he going to call who wouldn’t think he was a lunatic? He confessed that the legacy my mother left for him was not exactly what he expected, but that was OK.

For those of you who have wondered what happened to the gold glitter sneakers, I finally have the answer. They were my brother’s legacy, and a man and his legacy, no matter how ridiculous, are not easily parted. But this is kind of starting the conversation in the middle and wandering around searching for a beginning.

When we were growing up, the climate in which we existed, was not without drama.. The alarm would go off and the household was up and go-go-go. My brother who I now adore (did I mention that), slept in my room from the time he was 3-6. This happened because one night he was afraid and he sat in the middle of the hall and screamed. My parents pretty much ignored it. My mom took care of my dad whose ability to function diminished every day, so she was physically and emotionally exhausted. But I couldn’t stand the noise so I took him into my room. There was no Dr. Spock to say, “let him scream, eventually he will sleep.” And so, he would scream every night until I picked him up and took him into my room. So there I was, young, impatient and sleep deprived. 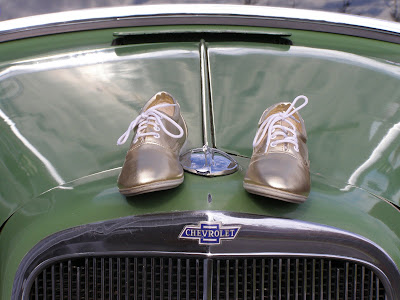 In the morning I would wake up, put him back in his room and have a fight with my mother. It usually started with her asking me what I wanted for breakfast. “Nothing.” I would say. Having been awake a good part of the night I was sleepy and in a bad mood. The last thing I wanted was one of her hot cereal (Maltex, Cream of Wheat) breakfasts. Mostly, I just wanted to be left alone in peace to get dressed and go to school.

Telling my mother, or any her sisters that you didn’t want to eat was like telling them that you didn’t want to breathe and clearly needed to be hospitalized. What started as a question or two or three or four, always ended in World War Three. When I left the house I was always hysterical or a wreck. Walking the four blocks to school, I would calm down and become Miss Personality. Everyone in school thought I was funny, easy going and smart/cute. This was simply a mask I applied on that four block walk. But inside there was a sadness that never left. And at night, night after night, and morning after morning, it was a veritable Ground Hog Day.

My friends thought my parents walked on water. There was never a time when a friend was in trouble, that my parents didn’t take them in. Sometimes for a night and oft times for a year. They were very good with strangers. I guess they thought we would be OK. and as long as people who did not live in our house thought they were divine, we would do the same. We tried to understand what they were dealing with. But we were too young and selfishly had our own needs.

It’s funny when you think back because after the morning fights, (which never seemed to bother my mother), she would get all dressed up. Put on something much too stylist for Boonton, N.J. and make her way to one of her sister’s homes. They would spend the day shopping or cooking or playing cards. She had no idea that I had gone to school as an emotional wreck or that my brother was traumatized by his nightly abandonment.

When I would tell her that I didn’t want to talk to her, or that I felt that teenage hatred, that young people often feel, she would say, “What kind of an idiot ARE you?”. It never occurred to her that we had any legitimate complaints. Sure, there were arguments, but love and hate were never at issue. You just did what you needed to do to survive.

Over the years we finally understood. The things that embarrassed my brother about my mother (her clothing and perfume), just didn’t matter anymore. We came to treasure her “style” and we learned how to deal with the difficulties she encountered everyday. 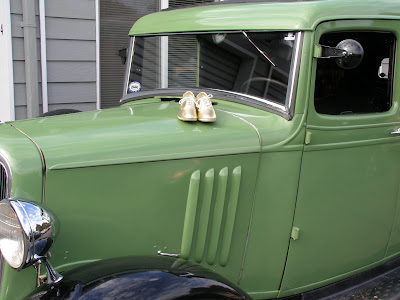 Of course she was good with strangers – they saw only the glitter. There was no tarnish. And we came to admire the tarnish and adore the glitter. So, in answer to the question “who got the gold sneakers?” They live in my brother’s antique pick up truck and everywhere it goes, they go with it. The gold sneakers are a constant reminder of her ability to glitter, with or without the gold.
Posted by Iris&David at 12:55 AM