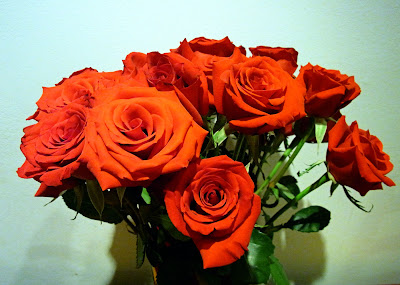 Has anyone written a book about what it’s like to deal with an important death? I know there have been books on death that talk about the grieving process and what happens after, but has anyone talked about how difficult it is when you feel empty? When you can’t connect the dots.

Many of my friends and family have said that it’s normal to feel nothing, but this is too much for me to comprehend. I am waiting for someone to tell me that mom is not dead. That when we thought she was starving herself, she was actually getting up in the middle of the night and sneak eating. But I was there with her during the night, and she just continued not to eat or drink. She made a decision which, with the help of the hospice people, we needed to respect. Not easy for a Jewish mother, not to try to force feed whomever –but I didn’t. It was important for her to feel in control. It was important for her wishes to be respected. She was just tired of sitting around doing nothing but hoping dad and her sisters would take her.

This woman, who enjoyed nothing more that a good Judge Judy, a Golden Girls Marathon and a few exciting “Price is Right” episodes, lost interest in watching TV. She just wanted to be with dad and her sisters. And after she had the stroke, or pause, or whatever it was, she just wanted us to let her go. Which we did. After saying her goodbyes to her sister and the many cousins who couldn’t believe we were going to lose her.

Despite the family pep talks, she made the choice. Painful as it was for us to watch, there was little else we could do.

And now, the most painful thing is to think of her as dead. I was with her when she died, and even then I was convinced that she was still breathing. In my mind’s eye, I see her lying on that bed not breathing. But in my memory I see her covered with gold chains, on her 80th birthday, trying to convince Tina that they were tasteful. There was no way. And we laughed and laughed until we had stomach pain. My mom, who never owned any good jewelry, always looked fantastic in crap – so that’s what she wore – more elegantly than even anyone who shopped at Tiffanys.

Maybe I’ll go see “Toy Story Three”. Jordan says it’s a real tear jerker – and maybe that’s what I need. I can’t yet get to the tears, but I know they are right beneath the surface. It might be that we took care of her for so long, that we don’t know what to do with ourselves now. But all the other people who were her care givers came to say their teary goodbyes without any problem.

Rosie, what will we do without you? And Rosie, we pray that you are in a place that finally makes you happy. I just wish we knew how to deal with your absence as well as your presence. We’re just sayin’… Iris
Posted by Iris&David at 10:07 PM

My prayers go out to you on the loss of your loved one. As to your question, the books of Elisabeth Kubler-Ross are some of the best works on Death and Dying (also the title of one of her books). She approaches it from all angles and her work is very famous. I hope it brings you comfort.

My mother made the exact same decision and we respected it like you did. I lost my father, husband and mother all within a two-year
period, fairly recently. A book I'd highly recommend is 'Seven Choices' by Dr. Elizabeth Harper Neeld-it helped me tremendously when I was doing my grief work. I'm so sorry about your mom.
(p.s. BHS '64)

Iris,
Since finding your blog and getting the Chronicles, I check back every few weeks. I was so sorry to hear of your mother's death. It's been a long time, but I remember her well as a warm, vibrant and fun lady. You are lucky to have had her with you for so long. My condolences to all of your family for your loss.
Judy Corigliano Rada