The place to be on Election night in New Hampshire was not at the Clinton or Obama parties (some of us were at Richardson), it was at the “after the big” party. This is where the senior staff and big donors get to meet with their candidates to find out what they really think. I am told that the Clinton people were so shocked by their victory that Hillary was almost speechless—in fact I don’t know if there actually was an after party but no one wanted me to know that I wasn’t invited. The Obama party, was surprisingly upbeat. The Candidate felt the loss was a good thing , (probably felt winning is better) but he remained gracious and optimistic about the outcome of the race. 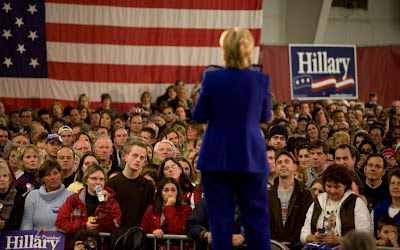 Let’s be honest—you know that’s difficult for me but I’m going to try. The results were only dramatic because the Clinton people and all the pollsters were looking at a defeat—a big one. The win was important because it put her back in the race, but Obama didn’t lose. He walked away with an equal number of delegates and the 2% was not 20%. In fact, three weeks ago he was 20 points down. What New Hampshire demonstrated, among many things, was that Obama had become increasingly attractive to many white Americans -- young, old, independent and even Republican. And more importantly, he, is like the political J.K. Rowling. She got young people to read with Harry Potter. And Obama got them to vote. I never thought I’d see this happen. In 2004 young people registered in droves but couldn’t quite get it together to actually go and vote—but they did here and they did in Iowa. If nothing else, Obama has brought something to Presidential campaigns that no one has since the voting age was changed to 18. You remember that campaign? If he’s old enough to die for his country than he should be old enough to vote. There was no he/she because women weren’t drafted to fight in Viet Nam. 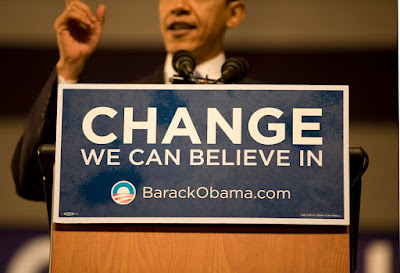 So do we think that the Edwards and Clinton people are going to engage in the rhetoric of hope and that they will encourage an excitement about electing the President. The rhetoric of hope is so much more imaginative than the rhetoric of change because change isn’t always good, and expectations of too much change brings about more of the same—the status quo. Nothing worse for young people than disappointed expectations leading to no movement, no difference, nothing new -- except maybe outright lies, also leading to the status quo. Power protects power. Which leads us to what happens now. How do the candidates conduct business and what do they instruct their staff and surrogates to do in order to win.

The negative campaigning has started again. The first thing I heard was that the Obama response to the likability issue in the debate was smug and indifference. I am still unclear about this being negative campaigning rather than a simple disinterested response but maybe I don’t know the difference. (A simple ‘na na nee na na’ might have worked more effectively.) Here’s what I find so interesting, since the “experience” approach wasn’t successful, and rather than crafting a message that would resonate, the Clinton’s decided to attack Obama about issues like ‘choice’. I know I took a leap there but stay with me. While I am uncomfortable about the word ‘choice’ meaning only abortion – I think women want to have choices (and opportunity) about lots of other things as well -- and I have argued with many female friends about this, I am resigned to the usage and there is no denying that it is a critical issue for women. And whether a candidate supports the right to choose or will not certainly can determine the way a woman will vote.

Hillary and Barack both have a 100% pro-choice vote rating with Planned Parenthood and NARAL Pro-Choice America. But apparently, Barack's commitment to protect women's rights was called into question by Ellen Malcolm CEO of Emily’s list (and a Clinton supporter). In a recent speech by pointing to old votes on a few politically motivated bills in the Illinois Senate. When I looked at this it became clear that Barack cast these votes as part of a strategy employed by pro-choice leaders in Illinois. It seems a foolish tactic at a time when the anti-choice (I hate that they got to call it pro-life), pro-choice community needs to be united. And even more importantly when anyone can check the facts. Ellen should have given the voters more credit than that. Certainly the resources spent on this kind of negative attack would have been better spent on costumed characters illustrating a character flaw. Remember the chickens used to comment on Bush’s resistance to debating Bill Clinton in 1992? Now that was an effective statement and no one could argue with the authenticity of the attack.

The question is, how will Obama (or his surrogates) respond to these attacks. And I don’t mean to ignore Edwards but he appears to be no longer part of the equation. This can change but I am doubtful since in 2004 he didn’t even win his home state of North Carolina. I’d like to see him back in the race but we won’t know that for two weeks – and maybe he’ll do something negative I can remark about. But what should Obama do in response? My advice would be to just move on, having his people point out inaccuracies but without any malice. The times they are a changing... young people seem interested and energized and have no patience for any negative rhetoric. They want to hear about a future to which they can look forward. This election may very possibly come down to a contest between which candidates vision for the future is the most attractive, realistic and hopeful. Is it possible to have all three? We’ll have to see. We’re just sayin...Iris
Posted by Iris&David at 5:45 PM

That doesn't mean they don't want a woman president, but Hillary comes off as 'Mom' telling everyone what to do.

I don't know many people who actually like 'Mom' telling us what to do.

But what do I know?

Dear W
I think I can fit you in on Monday.
DR. S.Freud

Bill Moyers Journal on PBS this evening had the most reasoned and least histrionic analysis of the pundits/media in the NH election I have seen. Thanks to Kathleen Hall Jamieson.We should be seeing more of her on CNN, but she is far too measured and impartial for them or any other "mainstream" channel. Shelby Steele on the politics of race and his book about Obama gave a fascinating interview on the topic and the candidate.At long last the dispassionate, critical look at the Obama "phenomenon" I have been looking for.Try to catch a rerun of the program or go online to PBS.org.

Monday is a good day for me.

I've been meaning to explain to Dr. Freud what his mom got wrong.

We saw David on MSNBC! My mom wanted me to make sure I gave her the credit for picking him out. Hope to see you both soon!