My Favorite Time of Year

Even though we’re Jewish and, as far as I know, have always been, the Christmas season is my favorite time of the year. I think that it just feels different from other parts of the year. Granted, the years seem to be getting shorter. As my grandfather used to say, “life is like a train, when you are you young it feels like you are on a local, and the older you get you are more likely to be on an express.” This is not exactly how he said it because he didn’t speak any English, but it’s close enough to the original Yiddish. And although the holidays are getting longer because retailers want to give you more time to shop, there is a period of time around Thanksgiving and until right after New Years, when there is a kind of special feeling about each day. 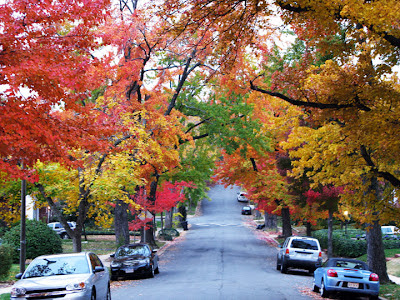 Part of this might be the weather—but not for me because I hate the cold and I don’t live in Florida. Although I do love lighting a fire, which we do incorrectly (mix fake logs with real). And it doesn’t warm the house (the hot air escapes and cold comes in through the flue). But it always has the same results. It is lovely and incredibly romantic. When we lived on Q Street at Dupont circle, we had a fireplace in our bedroom. And at that special time of the year there was nothing better than feeling great about the crisp day and lighting the fire on a cold night.

And it’s not the gift buying or the crowds—because I’m not good in crowds (except at Cow Town). Actually, it’s not possible to explain the way I feel by describing a tangible set of circumstances. It’s just my favorite time of the year. I suppose it has a great deal to do with memories of certain events. When we were growing up we celebrated Hannukah instead of Christmas. We lit candles in a musical Menorah (candle holder) and we sang a song or two. We never got a gift for each day and mostly we got Hannukah gelt (money), which was usually about 2 or three dollars. But it was always a time we looked forward to. It’s certainly different today. When Seth was small we tried to do things that illustrated how wonderful it was to be Jewish. When Jordan was little we did small gifts everyday and usually one big gift. Yes, it was overkill but we wanted her to love Hannukah as much as her friends loved Christmas. And yes, there was always a bit of competition/desperation, but we do our best to have as much fun as we can with both. But because Christmas is so big and accessible (Hannukah items often provide just a 'fill in the blanks'), it’s simply easier to be playful with Chrstmas crap. 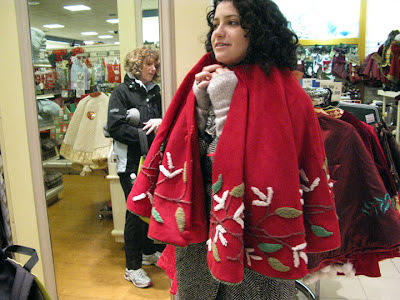 Jordan, trying on a Christmas Tree skirt as a Cape, Boston


Back to why I think I love this time of the year. I guess part of the reason is that the leaves are changing color. I always thought that the color of the leaves was somehow related to the amount of water we get in the spring and summer. But apparently this is not the case. From what my meteorologist friends say, no one knows why the color is either vivid or dull, and in fact some of them believe that no one even knows why they change color before they fall. All they do know is that if the wind blows, they fall faster. Duh. Anyway, when we were driving back from New York at the beginning of the week, the leaves in south Jersey were gorgeous. Almost a New England kind of breathtaking. As we arrived in Virginia we commented that it was okay, although a bit muted if not dull, but certainly no comparison to what we had seen. And then yesterday, as I was driving home from the post office, the leaves on a small street around the corner but near our house seemed to come alive. It was so unbelievably colorful that I actually pulled over just to have time to get a good look.. And when David got home I insisted that we go back to that street to look again. He was equally impressed. Today, having had an almost religious leaf experience I went back, and the same street was pretty but nothing special. 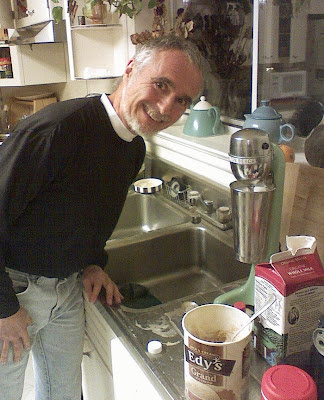 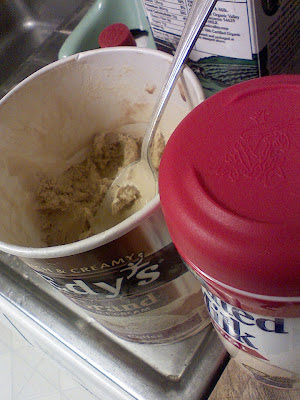 So I love holiday celebrations, lighting a fire and the leaves changing. But what I think I love most is that it is the time of year when friends try harder to see one another. For example, the Viviani’s, who are the parents of Jordan’s high school boyfriend, (the kids broke up, but we didn’t), are people we don’t see with any frequency but we love to be with. Because of our nonstop travel we have become very last minute “event” people. And it happened that the Viviani’s were free for the same fifteen minutes we were going to be home. It was somehow decided that rather than go out we would have dinner at their house. They are excellent cooks (along with being excellent athletes) so we always assume we will eat delicious as well as healthy. Which was true until Don asked how we felt about malts. As you may recall most of our September was spent trying to find the best malt in New Jersey. Well, the Viviani malt might actually be the best malt we have had –if not ever-- at least in the last ten years. We tried Vanilla, Mocha, Chocolate, and Black & White.. it was a Malt Tasting. After malts we bid a fond farewell and agreed that they would come to our “not on Hannukah” party next week. 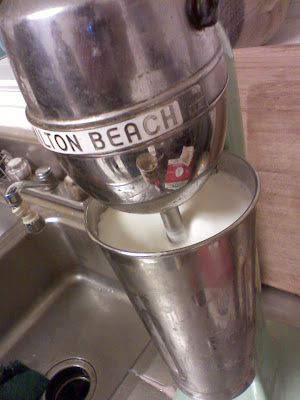 If it isn't a Hamilton Beach, its Not a proper Malt


And so, all things considered, I expect to be in a pretty good mood over the next few months. If you can’t be happy during your favorite time of the year then when will it ever happen? And speaking of happy, is not being in a bad mood glass half full or just a epiphany. I’m even looking forward to our first snow – as long as it doesn’t interfere with our travel plans – which it most likely will. (Almost glass half empty but not enough to matter). We’re just sayin…Iris
Posted by Iris&David at 11:40 PM

As a California "girl" who became a Jersey "girl" at age 49, I eagerly anticipate Autumn. When I'm out and about in the Highlands of NW New Jersey, I feel every tree is showing off and wants me to notice it before it lets go of its last leaf.
I get drunk with color