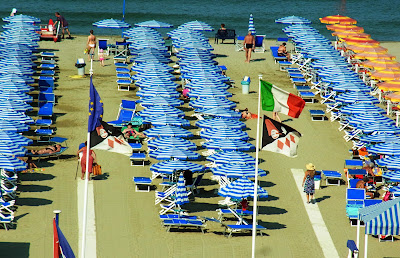 Delta (and the TSA) insisted the Italians airport security folks comply with their dumb ass security rules: no electronics through Security system before they are emptied into a large plastic shopping bag (including ear phones and the plastic bag with liquids) but they have no problem refusing to allow Jews on their flights to Saudi Arabia. Hello, Mr. President what's wrong with this picture? Shouldn't one of your crack advisors be advising the appropriate appointee about this? But that is not what I wanted to blob about.

The Delta saga continues. On our return flight, we were only an hour and twenty minutes delayed because the incoming New York Delta flight arrived late. But that was not the reason. It seems the aircraft changed (from one 767-300 configuration, to another) without the ground staff knowing that, and the Delta Pisa staff sold seats that did not exist. Imagine their surprise when people tried to board and there were no seats. And imagine the confusion it caused for the cabin attendants, one of whom left her mike open and explained to another attendant how all the chaos could have been avoided. The only other bad news was the boardwalk pizza we ate on the boardwalk in Viareggio was predictably awful. We should have known Better... Tourists, the Mediterranean, a boardwalk, duh.

Enough feh. How's about, what not to miss. A castle in Italy for a wedding. What could be better? The place we stayed (La Crochetta), once again came as a wonderful surprise. Picture about an acre of carefully manicured garden. Not so manicured as to be pretentious, just comfortably wild. There is a swimming pool. There are lovely small but starkly elegant, very clean rooms. Although it is called a B&B, breakfast is not their strong-suit, (go to the Bar Centrale in the piazza for that), but do not miss dinner with Andrea. At La Crochetta, a B&B in San Casciano dei Bagni. Andrea and Christina own the place, and while she is an incredible host, he is a quite a chef -- experimental, and honest, and very local oriented. Most of what he cooks with comes from with a 40 minute drive. He loves to cook and does not hesitate to try a new pasta or sauce, a novel way to make meat, or a dessert you cannot resist.

It was about 2:00 by the time we reached Lucca, on our way to the sea. Starving and just hoping for a restaurant sighting, we pulled off the road -- two or three times. At the last pull-off, we passed what looked like a reasonably attractive place in a mini strip mall, Italian version. Ristorante Damiani, on the outskirts of town was much more than we ever expected. We decided that since it was 20 Euros for the special 2 course lunch, and much more for the ala carte, why not go for the big time. Together we had two Risotto dishes, one seafood/radiccio, one with artichokes. Second piatti was grilled calamari for me and a thinly sliced grilled fish for David, both were simple and divine. No surprises but the quality of the food. And yes, if we could find it again we would certainly have another meal. 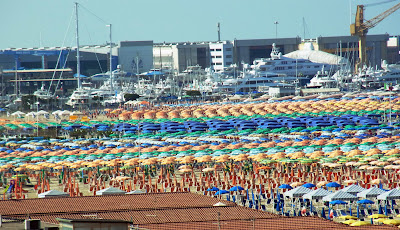 Twenty minutes later, we were in Viareggio, a coastal town of a hundred thousand sunbrellas, and enough gelato to freeze half of Reno. Land fall at The Palace Hotel, although not the Royal (Best Western) it was a delight. The time to stay there is off season or the beginning of the week, but not in August. Since there were veranda rooms available, they changed us without a request. The room was gorgeous, as was the seaside view from the veranda. It was a little pricey, but not for what you got. The service. the complimentary breakfast, abundant and tasty. Would we go back-- yes to the hotel, but Viareggio is a bit too crowded for us. A beach with with a zillion occupied umbrellas is not my idea of relaxing, but I'm a Jersey girl. 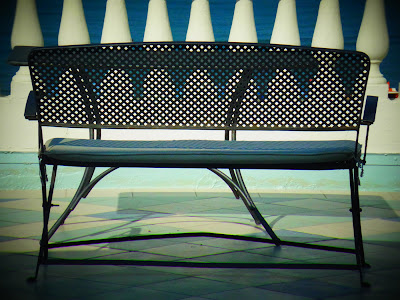 Anyway, on our way home, happy to have had an amazing journey and hoping to retrace our steps sooner than later. Oh, and we listened to the most fantastic book on CD. "The Book Thief" by Markus Zusak, a young Australian writer, don't miss that, either. 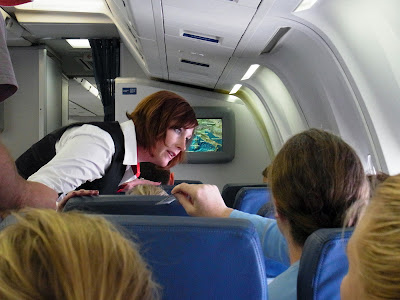 sorting out phantom seats
P.S. When we landed they once again parked us, 1970s’ style, in the middle of the tarmac and once again, we had to pile into a bus to get to Arrivals. What do they have against Pisa flights, anyway? However they do want you to know that by 2014, there will be more gates. I can hardly wait. In a take off of the ridiculous new MSNBC marketing campaign, Delta has festooned all the buses (and there are plenty, just never ENOUGH), with “Keep Climbing.” All well and good, but who knew they actually meant the rolling stairs on the tarmac, just to get to the plane. We’re just sayin’…. Iris 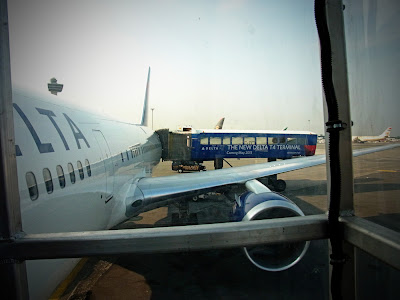 Can't fault an entry that uses the word "festooned".

Thanks for the little vacation.

Pisa means "piss off" in real English. That's what "they've" got against it.