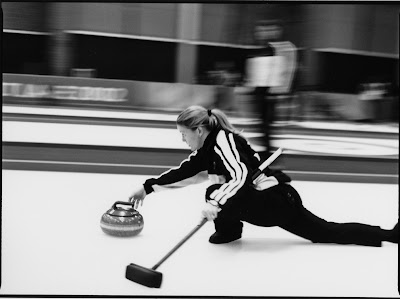 Well, the snow is almost gone it NYC, but it had an amazing impact on “New Yorkers”. They were seemingly paralyzed and in a bad mood. You see, usually when it snows in the city, it either melts or is taken away –almost immediately. But this storm kind of snuck up on the city –big flakes, not sticking and then all of a sudden WHAM, it was so icy on the sidewalks you could hardly balance. If people had salted right away, it might have been OK. But, it was nothing and all of a sudden it was impossible to see 2 feet in front of wherever you were walking.

The snow was kind of like the Olympics. First there was nothing and then there was curling. Admittedly, I don’t get curling. It’s shuffle board with brooms. Do we think that whatever it is they brush in front of the puck really makes a difference in how far it goes? It’s kind of like first there was no curling or at least it was obscure at best, them all of a sudden it couldn’t be controlled. There was so much curling that you couldn’t shovel your way out. 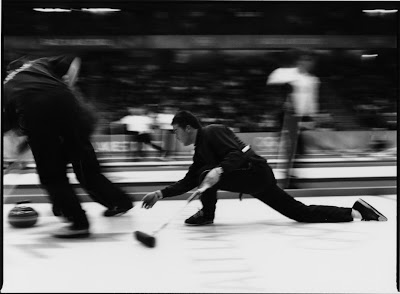 It reminds me of when Jordan was little and we sent her to a Montessori kindergarten. At some point I visited the class and they were learning how to dust and wipe a table properly. And honestly, I thought, this is fine… we’re simply raising a generation of cleaning ladies it’s an honest profession. I thought that these people might know something I didn’t know about how kids learn, and to me that is curling. They must know something I don’t know. There’s a reason that the kids should learn to clean a table and there is also a reason why perfectly intelligent people can watch other perfectly intelligent people can push a puck over some ice and really care how far it goes.

Anyway, I guess just to tie everything together, both the cleaning and the pucking are much like the state of health care reform today. I know you are thinking, now this a stretch, where could she possibly be going. And if you’re not thinking that, you certainly should be. Watch this. Health care, like curling and learning to clean (as an integral part of your education), when you are 5, simply can not be explained in any rational way. If you talked about health insurance reform, learning to move forward with the help of brooms, or not allowing children to make an indiscriminate a mess, all these things would make sense. But, as I may have said before they are not that easily explained.

We are all grateful for diversity -- different ideas, tastes and different opinion about the impact on what is overall good. But, once again, as with cleaning, curling, and health reform I am sure, that a Presidential executive order about eliminating childhood obesity, (while it might be for the good of the people), simply doesn’t send the same signals as an executive order about “Don’t ask don’t tell”, real change in the economy and health insurance reform, and an ability to deal with the Congress. Again, there are so many things I don’t understand that sometimes I think maybe it is me – but I know it’s not
Posted by Iris&David at 5:03 PM

Iris,
unless you drink a lot of beer, you wouldn't really have an understanding of curling...it is a good amount of fun, Thanks for not laughing too hard at it, when i was in highschool it was a required sport in gym class,that and square dancing,sheesh...Go Canada!!!!!

David, good interview on CPN.The shots are amazing, and even more amazing that you got that close to the A.K, especially with the j-fro. Iconic stuff...history frozen...

i think that is the first time i have heard someone on CPN say tri-x. And AE-1!!!

The sales department must have nearly died. So much for ten frames a second and asa 12800

No Michael I loe the whole idea of it --kind of the way I feel about Bachi or is that the candy.

No, that was Fonzi's cousin on Happy Days.