Where to begin? Over the last few months, I’ve been working in NY and not using my car. So I wondered if I could survive without wheels. In NY there are many people who don’t have a driver’s license, but in Virginia I figured it would be impossible to survive—but why not try.

We had a wonderful weekend visiting and cooking with the kids, (we cooked enough to feed a small army and managed not to eat every bit of it.) We made Challah, mandel bread, (cinnamon raison and peanut better and jelly), Italian meat sauce and I think blueberry muffins – but who knows. It was a terrific non-stop food marathon, something we hadn’t done for much too long. Anyway, we made our way back to Virginia for some work, play and to catch up with friends. We were nine hours in the car and I thought, wouldn’t it be interesting to see if you could get along without a car for extended time. So, like the urban romantic I have always aspired to be, I took the metro.

How does one explain the difference between the NY subway and the DC Metro? If you don’t want to know, stop reading now. But you will be missing some pretty valuable information. . 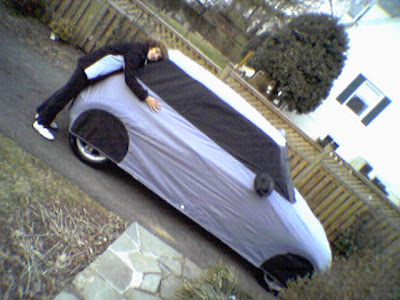 There is a different dynamic. For example, in DC you can get arrested for eating on the Metro. In NY you can get killed if someone wants what you’re eating on the subway. In NY, someone might actually get up and let a disabled or elderly person sit. It is never assured. And it is never because you ask. In Virginia, when an older or disabled person gets on and needs to sit, that person will actually ask, whoever is sitting in the specially marked seats, to get up. In NY, if you asked someone to give you their seat, they might fall off the seat laughing, but that’s the only way it is going to be yours. Cell fones work on the trains in DC. “No Service” in NY.

In NY people on the subway are anonymous. In DC people are removed, almost arrogant. I guess it’s because everyone in DC thinks they are too-too important and are entitled to some courtesy – without ever being courteous. David always yells, “didn’t you take civics?” Generally no one listens, but we all know the answer is a negative. In NY there is an assumed etiquette about the way you conduct yourself. Like, you wait until everyone gets off before you get on. And you stand to the right and walk to the left on the escalator. In DC, people block the doorways, and push on and off. If someone wants to stand in the middle of the escalator they will do it and never think a thing about inconveniencing anyone else.

Maybe it’s because the people in NY are more practiced about being underground. Or maybe it’s because New Yorkers are serious about the trains and buses – which has nothing to do with cleanliness. NY’ers want things to work and when they don’t there is always a way to be accommodated. In DC, weather of any kind is paralyzing, (I think I wrote about the lack of snow removal.) Their model of a great ride is not that there are enough cars arriving in a timely manner, but that no one sitting next to them is drinking a soda 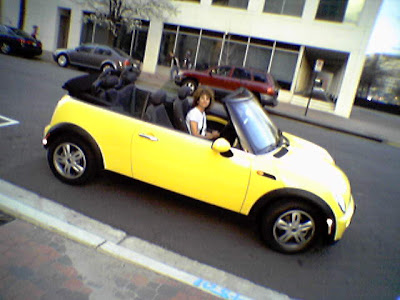 I could go on and on, which I am oft tempted to do. But people in Va. Md, and the District are so nuts when there is, even a drop of rain, that I would like to hire someone to drive for me. My brother says it would be material for another show—but this one needs to be called “Driving Miss Crazy”. We’re just sayin….Iris
Posted by Iris&David at 4:46 PM

Auditioning for Andy Rooney's old spot? As a regular NYC subway user I have to shudder at your 70s-era depictions. Reminds me of something from the Simpsons:

Amiable brief and this enter helped me alot in my college assignement. Thank you for your information.

Anonymous #1, I truly have no idea what this has to do with what I wrote. Clearly you must have read every other line --but at least you read it.
Anonymous #2, I have excellent communication skills but once again I have no idea what you said.
Anonymous #3 and #4 -- glad I could be informative and entertaining

I have been seeing these awkwardly phrased comments from Anonymous (#3 and#4) on other blogs recently. I wondered if there was a translator being used..maybe it is part of an assignment set by an obscure tertiary institution somewhere in the world which required reading a blog in the English language???? But why anonymous. So I would have to guess there is a mass/random posting of these comments... but to what purpose? A blogmob...like a virtual flashmob?
Anyway I have a theory about why people in DC might not keep to the right on footpaths and elevators.. they are probably not American and are used to the "keep to the left" rule. Some residents like me forget often which side I am supposed to be on. In NYC, if I forget I am likely to be reminded by being trampled on. Just a thought?

I love this mini, I will be buying this mini cooper or the VW Beetle next year, but I am not able to decide which one will be the best, as both are good.
cruise and stay