Tonight I had one of those phone calls which, in a Leave it to Beaver World, would be something you would always look forward to. Someone comes to mind who you haven’t seen in years, decades, perhaps. It’s always some little and unlikely suggestion – a car color, an over heard accent, some minor hint of another time, and usually, a person from that past. I have those moments all the time. Probably it results from a combination of a desire to keep the past nearby, and a realization that every day we live, at a certain point of our lives, begins to be a number that actuarials throw around like popcorn. I’d been asked by TIME to transfer from Washington DC, where I had begun my “adult” photo career in the autumn of 1968, to the Miami bureau. After my first six months in DC, Charlie Jackson – the Time Picture Editor -- called me to his office, and as I marvelled at his amazing bushy mustache and broad suspenders, he proposed I move to Miami – there was a new bureau chief there, and I would probably find a lot of work – giving up the sure thing that DC was, for the slightly more adventurous world of Miami and the Caribbean.

I entered Dade county, and had a sandwich at the very first Arby’s I’d ever seen on March 28th, 1969 the day that Dwight Eisenhower died. I looked around for a place to live, having no idea what neighborhood was what, and ended up in a cute little garden apartment in Miami Springs, a green and flat neighborhood just north of the Miami airport (handy for all that travelling I’d be doing.) The highlights of the ‘hood were a friendly little camera store called The Camera Stop whose manager, Julio became a close friend, and a bar – one of a chain across south Florida – called Big Daddy’s where it was allegedly far easier to pick up chicks than any of my experience would validate. The apartment was located on the edge of a public golf course, and eventually I would go with a few apartment pals to poach 3 or 4 holes at sunset, on a fairly regular basis. Didn’t do much for our game, but it was fun, and until we were nabbed by the Pro one night, cheap. The menagerie of residents was something to behold. It was truly 1969. 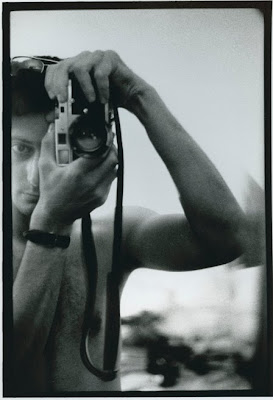 Me, 1969
All white, with one or two Latinos, in the 40 or so apartments. I lived on the second floor in a small one bedroom (it was furnished, too!) A little galley type kitchen on the left as you walked in, a nice sized living room, and a bedroom with bath attached. Pretty snazzy for $ 165 a month. The resident manager was a taciturn Italian fellow who had a double apartment: for his expectant Austrian wife, and his mother. His day job was working as a mechanic at the airport, just down the road, and he commuted on a small Yamaha motor scooter. Other residents included Al, the divorced businessman who lived there with his 18 year old son Tim. The three airline stews, Jeanette, Halina, and a lovely Viennese blonde whose name escapes me, but who I ran into by accident on a Mondale trip to Eastern Europe in 1977. There was Jim the used car salesman, from Chicago, who introduced me into various amusing, but no doubt law-challenging practices designed to separate a potential car buyer from an extra coupla’ hundred bucks at closing. Two doors over was Les, who must have already been in his late 50s, who sold Pontiacs, and definately got more than his share of “action.” He was the one who confided to me his technique of trolling for vacationing midwest teachers... “the ‘good girls’” as he called them, who by the third or fourth day of their week in sunny south Florida were looking for someone to show them more of the town than their brochures would allow. Les was always ready. He used the word “man” way more than about anyone else I’d ever heard. Everything was “man” with Les. As in, “you know, man, a good bottle of Scotch is not something you should ever waste.” And my favorite was Vic, who moved in with his lovely wife Patty, and shortly there after her brother. Vic was working in the airline maintenance world, but his previous career, the year before, was that of Top Fuel Dragster pilot. He’d often run in the 5’s, topping in the mid 250mph range (in a ¼ mile!) It was, like most residential teams, a good candidate for “a ship of fools” kind of script. Other than racially, it was mixed: all parts of the country, Catholic, Protestant, Jew, and ages from early 20s to early 60s. I suppose it’s what we might have considered “diverse” in a 1969 sort of way. We had a lot of ad hoc bbq cook outs; once you saw coals being jammed on the grill, you’d grab something and go out and join whomever had started the fire. Soon enough, Al would show up with a plate of carrots and cucumbers, with a side of Blue Cheese dressing (Ranch only went national in 1972.) I often think of those folks and what fate had in store for them. Most had names which were not nearly singular enough to give a hint in a Yahoo search where they might be.

Halina was an airline hostess, short, pretty, and virtually no accent, for a girl who had been born in Eastern Europe and come to the states as a very young kid. She’d grown up in Connecticut, and seemed to be entralled with whatever level of glamour Miami seemed to hold. That, plus working for one of the big charter airlines, meant she was all over the world on a regular basis. In the spring of 1970, my last year there, her 17 year old little brother came from CT to spend a few months with her. I guess it must have been seen as a way to try and get him – Stanley – a look around the country, and a chance to find a job. He was, even to an aging 23 year old like me, very much a kid. Full of energy and youthful exhuberance, I think he probably viewed it as a vacation in the tropics. Of course the thing I remember most is the day he borrowed my bicycle, and brought it back un-rideable. I don’t remember the exact issue, but it was either brakes or a flat tire, or something silly. But those are sometimes the little things which you remember. My theory about interpersonal behaviour has to do with the unsynchronized process of memory: to wit – the things you most remember about someone.. are in all probability things which that person has absolutely NO memory of at all. Essentially, those things we notice about someone may never even make it to that persons own archive of things to remember. So, tonight when I tried to find Stanley, after some forty years, I put that bicycle issue out of my mind, and tried thinking only of the little amusements we’d shared around the apartment. I did a search on Yahoo/People, which found a half dozen persons of his first & last name. But you have to try and do a little detective work (can you imagine just how weird it would have been to be a detective and NOT have the internet?) Finally, I saw a name in upstate New York, and dialed the number.

From the first “Hello,” I knew it was him. Same jaunty timbre. Same speed of speaking. I explained (which is all it usually takes) that I was the photographer who lived next door (Oh!! Time Magazine, right?) So here we were, now 57 and 63, looking back in a matter of a few minutes over what the most important forty years of our lives had been. When he said, very matter of factly, that he’d been homeless but was now living in an apartment, my heart nearly fell to the floor. Nothing I suppose that I could have done would have really impacted on his life all this time, but the jolt of reality was something I wasn’t ready for, even though I don’t really think I imagined him married to Donna Reed, with two smiling kids in a ranch home in the “development.” I asked if he’d been in the Army, and he said he’d done a tour in Korea in the Army in 1972. He’d had orders to go to Vietnam, but never got further than Seoul. And what of all those years? I didn’t get a lot of details but the way in which he spoke of his former homeless condition almost made it sound less terrible. “I went to the VA several times, but never got anywhere. Finally, I was put in a program, and started to come out of my funk.” So today, recounting it with a voice lined with all the enthusiasm of a 17 year old, but darkened and graveled up by forty challenging years, I felt that four decades compress. I guess we are the first generation who has so much leisure and “extra” time on our hands that we are able to ponder the these kinds of existential elements in our lives which our forebearers didn’t have the luxury of. Until this generation, most of human kind’s resources were spent trying to make shelter and grow food. They didn’t have time for Facebook or Wii. But it doesn’t necessarily mean that we have nothing to worry about, as much of our lives is just dealing with extra-complicated structures which we have invented. Stanley sounds OK, even if a little ragged of voice. And the next time I’m upstate, I will definately try and see him. Our lives, other than a couple of months in south Florida, have never had much in common; but the traces of those early years remain planted. In the end, when you do the math, we’re talking about the majority of our lives, what was probably the highest periods of creative energy. But we’re not dead yet. And if Stanley can rebound from his troubled life, then maybe there is much hope for all of us to find that ongoing spark of youthful energy. Still even though I don’t know where it will end up, you can find me late at night, and some weekends trolling through the fonebooks of the Internet in search of the other distant souls in my life.

Same here, a fellow soul from high school. We all stopped him with a rifle on his way to a "tall" campus building-no joke-in '69. many more drugs later, lots of his friends (me) want to know what happened to him-brilliant and burned out-but redemption?
you are a good soul too dave.