Notorious Or Not: Ruth Bader Ginsburg


It’s raining in Florida, like it did when I was a kid, a no joke torrential downpour.  But that’s not the news.  The Drump doesn’t agree with the entire national security community. Not the FBI, CIA, and all the other acronyms.  And on what does he base his objection to their reports — nothing. No information, not expert opinions, just his skewed vision of the world and his gut.  Spare me.  In addition, Mitch McConnell calls the idea of a national holiday for voting, a Democrat conspiracy to win elections.  Spare me again.   There are a great deal of spare me’s when there is any talk about Drump and his merry band of idiots. So I will move on… 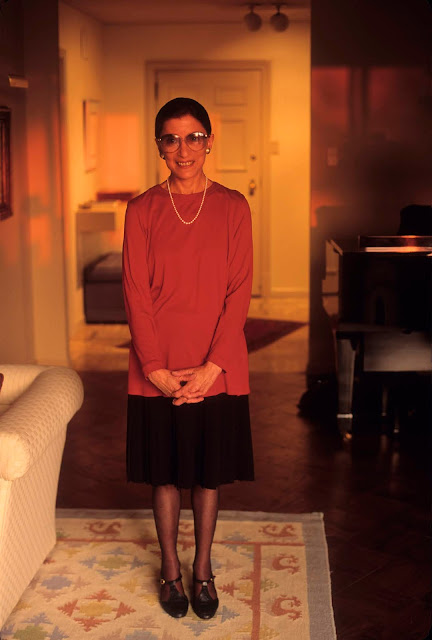 This afternoon we went to see ”On the Basis of Sex”, a movie about Ruth Bader Ginsburg.  We had seen ‘Notorious RBG’ and the idea of seeing the Hollywood fictionalized version was not appealing but, as I mentioned, it was raining. The CNN documentary was terrific especially the part about how she tries to dress up her robes, but I’ll get back to that. The movie was terrific. It was much more personal than “RGB” but one was fact and the other, who knows. However the acting was great and the story of her beginnings was compelling.  At the end, (spoiler alert!) when you see the real Justice Ginsburg walking up the steps to the Supreme Court, we were all moved to tears.  What an incredible person she was.  Is.  She inspired a whole generation of women to have a voice and fight whenever the cause was just. We have the Justice to thank for Title IX and so many many battles that were won, even when people thought it was a waste of time to try to change the culture.

Her whole story was inspirational especially for those of us who won battles that never should have been fought. Having been a few “first’s”  in the area of changing the attitude about women in certain jobs, I give the Justice and my father a whole lot of credit for those firsts.  I was one of the first women to ever do Presidential Advance at a time when Political Advancepeople  were actually making political decisions, like briefing the candidate. That is no longer the case. Political decisions (and briefings) come from senior staff at the candidates campaign headquarters, or on the campaign plane. Now, logistics are the Advanceperson’s primary job. Decisions about where the candidate should go and what he or hopefully she, should do when they get there are no longer within the purview of Advance people. But tasks such as checklists of people and equipment, making sure all the toilets flush in the press hotel, and worrying about the backdrop are things they do unless there is a media maven or a marketing expert to consider backdrops.  My theory is that as soon as women became the primary personnel for Advancing the candidate, the substance of political decision making was taken away from them.

The most complicated job on my resume was as the first woman to ever direct Security at a National Political Convention. That first has remained unfortunately in place. There was a Republican with a woman’s name who held this job, but he laughed at me when I said that we held the same position. He did invite me to the Republican convention at which there were no surprises. Same people, same credentials, same policies. This was nothing like the Democratic convention.  I guess it’s now the Democrat  convention.  Whatever you call it, there were always changes until the nominee took the podium.  But that’s another story.

Not to change the topic but to be just a bit personal I helped to create the White House Women’s Office in the Clinton Administration, as well as a project called “At the Table” which preceded Know Your Value, and Senator Sherrod Brown’s listening campaign.   We listened, specifically to women who wanted to be apart of the decision making process in every field.  As a Senior official at what is now the State Department, I was in charge of communication for the official delegation at the International Women’s Conference in China. Hillary Clinton was my responsibility when she said “women rights are human rights, and human rights are women’s rights.”  Justice Ginsburg said the same thing except using civil rights instead of human rights.  When I left the Administration and went to USA Networks and the SciFi channel, it was as the first woman ever to hold the title of Senior VP for Communication, Press, and Public Affairs. Television does not welcome women with “open arms”, but thanks to Kay Koplovitz the CEO, the job was mine.  When my tenure at the networks was over we created the first on-line women’s small business loan fund called “Count Me In”.  Although I have never considered myself in the league of a Justice Ginsburg, Betty Friedan, Marie Wilson, and Bella Abzug, (this is not a complete list), those women were my friends as well as inspiration. It was hard not to learn a great many lessons from all of them. They laid the groundwork and a few of us followed up.

Back to Justice Ginsburg, for whose good health we are all praying.  When we saw “Notorious RBG,” and the Justice talked about how she likes to dress up her robes, TJMaxx provided the perfect gift for her. It was a sparkly necklace with multicolored stones (which met the gift standards for Government Officials). When David saw it, he said that he had a photo to go with it. With the help of her Supreme Court staff,  we mailed both items and a copy of “The Gefilte Fish Chronicles” to her at home, while she is recovering.  Last week, we received a lovely thank you note and David’s signed picture back to us.

What a classy woman as well as an inspiration for all of us.  We’re just sayin’….  Iris 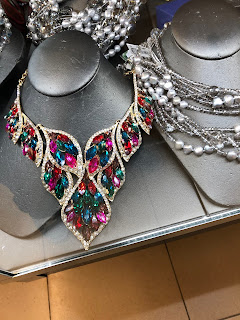