New Years and the Aunts 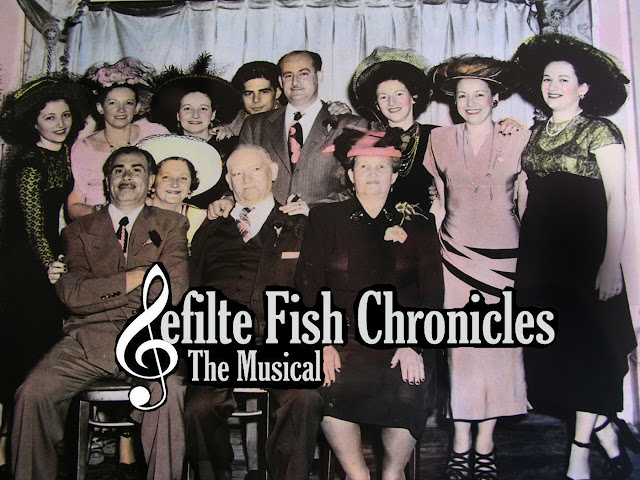 The Jewish kids had an extra holiday.  The Jewish New Year.  Unlike today, not everyone had a break. It was just us and we loved it.  We got new clothes and new shoes. We did suffer a bit of anti-Semitism but mostly it had nothing to do with religion.  It had only to do with we got the day off, and no one else did. Did it make us feel like outsiders? I don’t think so. It made us feel special.
But that’s not what I wanted to blob about.  My family was always present to be a big part of what made the holiday special.  There were things we did every year that, although painful in those days, were just something we did. And the “sister” dynamics was no small part.  Every sister ( my mom and her 6 sisters)  had a job to do, except my mom who was the baby and pretended she had no idea what was expected.  But that’s another blob.
They were an incredibly entertaining group of women. And it wasn’t only them, it was first cousins as well.  A number of my young first cousins once removed have asked me what their grandmother, (who died much too early) was like.  It’s funny because she (Elaine) is such a presence in my life that I think everyone knew her. But not the children who were born after she died.  So when I tell her grandchildren what she was like I always start with her laugh, which was infectious.  She loved being with family, not only immediate but with her extended cousins.  She was lovely, generous, and beautiful, inside and out.  When we did the fist Gefilte Fish Chronicles, she was tasting horse radish, so you can’t hear her voice. But you can feel her good humor.  Oh, she would have been so proud of her children, grand children, and great grand children. It’s easy to be sad about her loss, but it’s more important to celebrate who she was.

There’s one thing about each aunt that is memorable. One is just the beginning. Aunt Helene and her discount coupons.  Aunt Sophie and her returns. Auth Fritzie and her goodness (or her kippers). Aunt Peppy and her Jack Daniels. Aunt Betty and her ability to delegate. Aunt Sarah and her stories.  Rosie and her blintzes, Uncle Jack and his silver dollars.  And that’s only the surface.

We had such a special family and we thought that’s what every family was like. And maybe, to some degree it was.  But every New Year I remember just one more thing and I look forward to the memories as much as I look forward to buying new school clothes.  We’re just sayin’….Iris