We are about to fall over the fiscal cliff. Not to worry, unless you're old, poor, single, or married with children, breathing any air, or eating on a regular basis. But back to that in a minute. 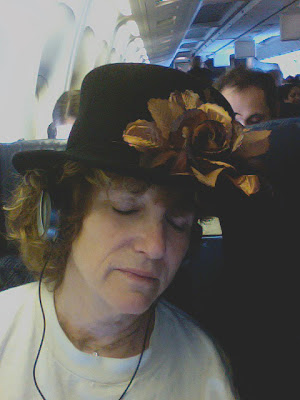 A few years ago my pal Soozie and I flew First Class to France. We left from Kennedy airport. The flight was delayed for five hours. David also flew over, but on a different airline and a few days before. We were going to meet him at the train station in Paris and then take the TGV ‘fast’ train to Bordeaux, where we would see old friends, and drive to Provence, then on to Italy to Cinque Terra. From there our favorite place on the border of Tuscany and Umbria, where we would eat, stay at La Crochetta (a wonderful B&B)  visit with more friends, and finally to Rome to sightsee, drink mush wine and overload on carbs. It was a fabulous trip, no thanks to our airline, American' t. The plane out of JFK was in disrepair. So we did not take off when we were supposed to. We were overnight someplace on the outskirts (really out), of the city. We had to find our bags and duty free in different places and then we had to board a bus to get wherever they took us -- we still don't where that was. The next day we were up at 6am, boarded buses again, checked in and then sat on the tarmac for another few hours. Before I recount my New Years Eve  flight today, there are two things I want to share. Yes, we are fortunate to have many friends, and no I did not misspell the name of the airline. 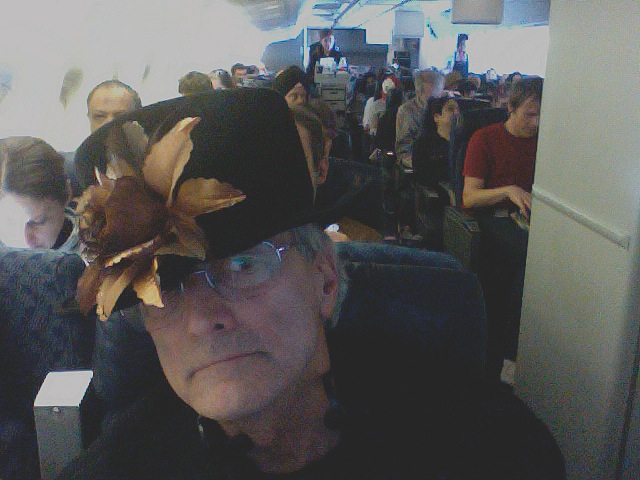 We are once again flying American't. We are supposedly flying Priority, which permits us to board in enough time to find a place to put our bags, maybe. We both mistakenly thought (they were marked this way), that we would have a bit more leg room. Which you do if you fly Priority on most other airlines. That wasn't quite the case. In all fairness we were able to stow our bags in the overhead. (we carried everything on in order to avoid not having our bags arrive with us.) We sat in a twosome, there was no extra leg room. In fact we sat across from the galley, where a cart blocked our ability to get out if we had to go to the bathroom, which was but a step away from these seats -- and the galley.  Dont even go there. So you know how people line up to use the toilet ? Between the cart and the people, the cabin lights stuck in the on position (on a 6 hour “I wanna sleep” flight)  and the staff chatting in the kitchen, throughout it was not only impossible to nap, it was impossible to have anything but a miserable flight.

I asked my beloved why they called these seats Priority.  He confessed that he wasn't sure, but we should be thankful that we weren't in the fold up seats saved for the Cabin
attendants, nor were we actually IN the toilet. He’s always so glass half full.

Anyway, we will hopefully arrive nearly on time and there will be a rental car to drive to
our destination...hopefully not never never land.

Back to the fiscal cliff. What kind of idiots did we elect and reelect for important decisions to me made merely moments away from this perilous deadline. I can answer that question like any four year old would, "a idiot doody Ball without a brain anywhere,
not even in their tuchas" (a Jewish four year old). Having worked in the Government
for longer than anyone should, I will share this secret.... If the president wants to get
something done, he can do it. He is the President and he can find a way to circumvent
the brainless doody balls who think like the airline... American't.
Posted by Iris&David at 1:32 PM