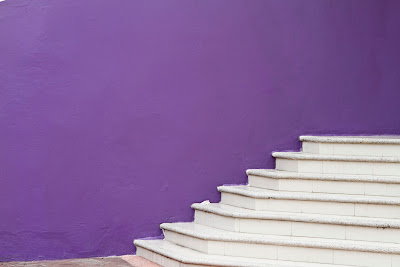 It seems everywhere we have been on this trip, the first thing we have heard from the local populace is, “You are on the last cruise ship.” It has been like arriving in the “Twilight Zone” without knowing whether you were coming or going. 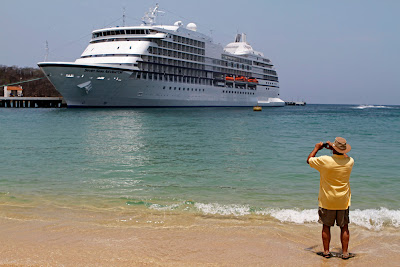 Who knew, but this is the end of cruising in Central America until next October. Or it may be that the two-for-one offers on cruising -- common amongst even the top level ships -- are precisely because the tropics ‘season’ is over. It has been incredibly hot everywhere we have been. And we’re told that the rainy season is imminent. Unless you are actually traveling on this luxury vehicle, you might think that being about to arrive or leave the “Twilight Zone,” as well as not having any idea what time or day it is, might be a bit ominous. And that is true, but not for very long because you can, at any time, pick up the trusty phone and ask a well-informed telephonist “what time is it, and where are we?” They always know. 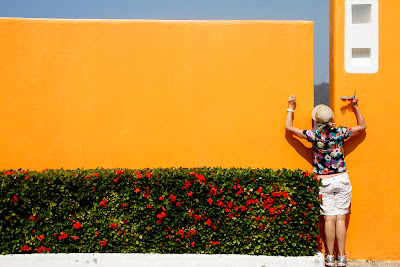 And speaking of ominous, when we started the cruise and heard the orchestra play the theme song from the “Titanic”, we were just a bit concerned. Then we realized the entire group was Eastern European, and probably were unaware of the significance of the music. [Editor’s note: We DO believe “the heart does go on…”] Anyway, we haven’t heard it since the first day so someone must have brought it to the cruise director’s attention. It is impossible to believe that two weeks have passed since we came on board. We have enjoyed ourselves much beyond what we thought possible. And we came to the conclusion that shore-based adventures (actually called ‘excursions’) were not a necessary part of the program. Most of our time off ship has been spent finding a driver, seeing pretty or interesting scenery and then finding a great place for lunch. We keep reminding one another (and yes we are still speaking and quite affectionately), that we have traveled before, and don’t need to see every touro-highlight out there, though a few bear taking note of. In other words, we have our own definition of adventure and of late, it includes no heavy lifting. Although the pool was quite rough today and I felt like I was using the Endless Wave machine where you only swim two feet but you do it against the current. The second time I got tossed against the side of the pool I simply gave up on any idea of exercise today.

Saturday we were in Puerto Chiapas, in the southern end of Mexico. It is a fairly new cruise ship port but there is already a Walmart, a Home Depot and a Sam’s Club. Go figure. There is also an extensive marketplace where they sell everything from clothing to food to electrical appliances to mangoes. No one loves a market more than I, but this was a bit depressing because a great many people from Guatemala come to Chiapas to look for work. But they come as families so you can see the poverty by looking at the mothers and children. I don’t mean to be insensitive, but enough real world, and, as my friend Phoebe Galgiani would have said “if only they would tidy up a bit.” Moving on, before anyone is disappointed by my foolish attempt at lack of concern, no one on the ship seemed happy with the stop. Even my new pal John, an anthropology buff was disappointed by what he called, ‘newly built’ ruins (only a few centuries old, not a full millenium.) (What locals don’t do for tourists!) Day before yesterday we were in Hualtulco – where we did limited shopping and had the best seafood tacos ever assembled. 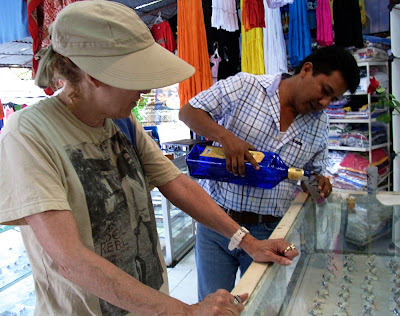 And yesterday we were in Acapulco where a shop owner plied us with the best tequila (from the largest vessel ever noted) we have ever had, and (as he had hoped), we shopped in his store. 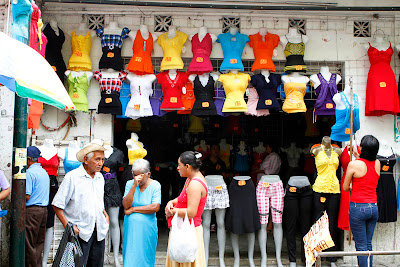 Last night we were in Port until almost midnight and the entertainment was Mexican folklorique music, dancing, incredible amounts of food and yes, margaritas. We have met and bonded with absolutely the nicest people (young and old) you can imagine. And because it is a twenty day cruise and a small ship, we have talked to just about everyone –well David has talked to everyone but I’ve been my usual shy self. It’s been a delight just getting up, eating, exercising, finding a seat in the shade, eating, reading, playing trivia, going to tea, eating, and then having dinner, drinks and a show. I better get off soon because I’m beginning to believe I could live like this. But I might be a one person Ship of Fool. We’re just sayin’…. Iris
Posted by Iris&David at 12:21 AM

It has been incredibly hot everywhere we have been. And we’re told that the rainy season is imminent. Unless you are actually travelling on this luxury vehicle.
cruise and stay

I can imagine Davids excitement, all those people on board, and no place for them to hide.

If the adoption finally comes through, i expect to go with you next year.

Thanks for the updates...