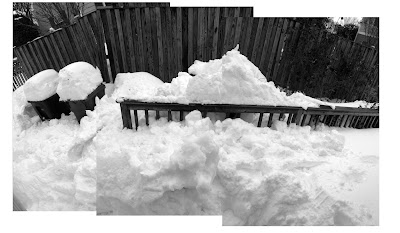 La Neige. Beaucoup neige. Ok.. I missed the Neige part of last week. I must have been out of town since the return yesterday was a bit of a jolt. A fricken winter wonderland as my Aunt Esther would say. Except that rather than the light touches upon the branches of trees, that almost Currier and Ives look of dainty snowflakes, this was more like a tsunami of snow. Deep? It was DEEP. When you fall in up to the middle of your thighs, and walking becomes like a Flash Gordon sequence about the joys of escaping quicksand, you know there is a lot of snow out there. 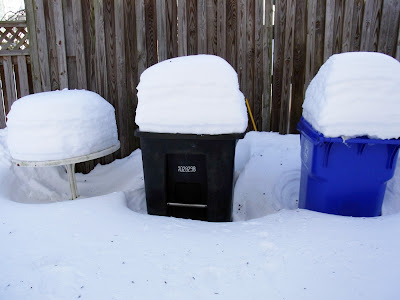 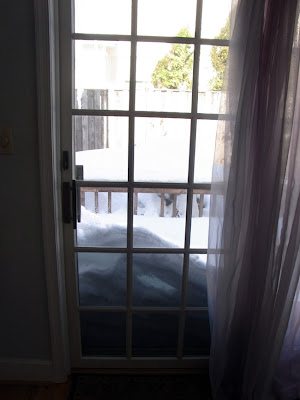 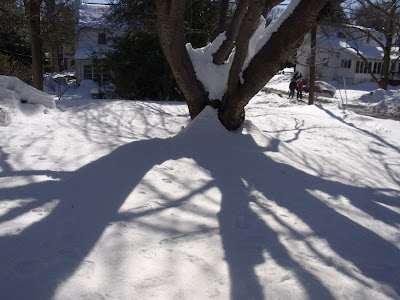 Coming from Utah I was never really impressed by the snow on the east coast. We had a reasonable parka, but in all my years in Salt Lake I dont think I ever used longjohns to stay warm (well, maybe skiing.) In any event, it was a helluva storm, and even a week later its a challenge to maneuver anywhere outside the house. It was a weekend made for Safeway: they sold and sold and nothing is left. Awaiting that truck from Tennessee to resupply. It's on its way, but it could be a while. Here area few snaps of the side of the house and back yard. For once, the weather folks at local tv who normally have nothing to say, but say it anyway, were almost right about hyping the storm. Given that there is literally no place to throw the plowed snow, dont be surprized if the level of the Potomac goes up a foot or so. We're just sayin'.... David 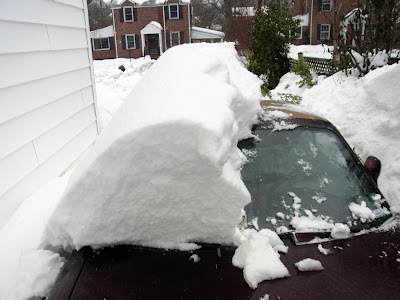 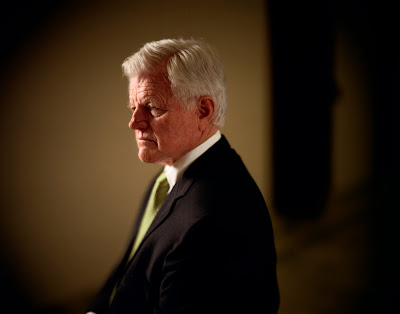 hey David have you gone down to Haiti yet? I want to get down there in a month or so. Would love to chat/email with you.

Nice job David ..and thanks for judging the BPPA Contest. Here is some recent stuff from Haiti I'd love to get your thoughts on ...