Ode to an Old Silver Pal 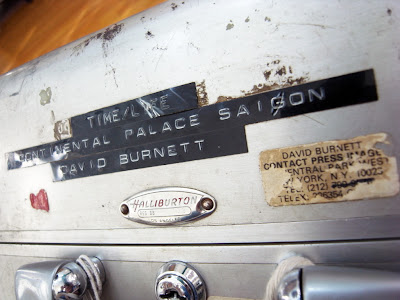 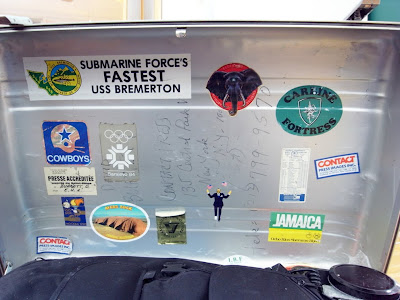 Even though much of what is done in photography is very personal, very isolated, removed, in a way, from everything but the photographer’s eye and the subject, there remains still a certain camaraderie amongst those of us who practice this endeavor. If you’re working on a story of gang life in Limerick, Ireland (by Rian Dundon) or the growth of fundamentalism in Pakistan (by Yusuke Harada) you will probably find yourself in the middle of a lot of people, none of them photographers. These are the kind of stories which require a certain commitment from a photographer to plunge in, essentially letting the story unfold at each new stage and which by definition mean that you, the photographer, are working on your own. And then there are those stories, and most of us have been there, when you find yourself in a pack of photographers, each one trying to glean a moment out of a situation which might not be so obvious. But ours is a business of colleagues, and many of my own good friends are photographers. There is something collegial about our work, and whether it is sharing opinions on the new DSLR that shoots hi-def video, or the best point-and-shoot camera for taking on vacations, the banter tends to cement friendships. Maybe it’s like a lab experiment – put 10 photographers in an enclosed, confined space, shake well, and see what happens – but many good friendships have been made of lesser stuff.

This month, however I want to write about another friend of mine. One I have known for forty years. One which has always been there for me. A friend I know I can rely on when the chips are down, and failure is not an option. And while I feel a little like this friendship sometimes seems like it’s a one way street, there is no doubt that I would stand up for and defend this friend if the challenge would arise. 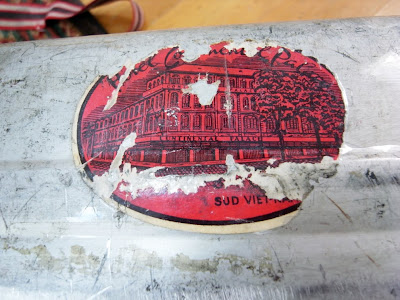 The Continental Palace Hotel, Saigon
In a time of so much uncertainty, it is a joy to know you have someone to rely on. And for me, that friend, the one I became acquainted with in the first year of Richard Nixon’s term, was my 26” Halliburton aluminum travel case. In early 1969, a year in the business, and trying to complete my ‘kit’ of gear, I was always on the look out for good deals. John Olson, a friend who was working for the weekly LIFE (at 22, the youngest staff photographer they’d ever hired) was selling some of his gear, and I happily purchased a few of those goodies. It was a very different time: Hong Kong was still a cheap place to buy photo gear at unbelievable prices, and things were bought and sold even before there was an eBay to facilitate such things. John sold me a black Leica M4 with a 21mm lens for $325 (and he made money on the deal, I’m sure) and for an extra hundred, threw in a mildly beat up two-suiter aluminum suitcase (official stats 26x18x12.) I was only just beginning to own enough gear to come close to filling a case that big, but somehow I knew I’d eventually own enough gear to fill it up. In one early incarnation, I filled the case with four layers of foam, and cut out holes to fit all my cameras. (Shipping was much more secure then. It was rare that something didn’t make it to the final destination of choice.) Sadly, the foam I chose wasn’t quite firm enough for all my cameras and lenses, and when I opened the case (in Lima, I think) all the gear had schmushed down to one end, the foam rubber barely keeping the cameras apart. It looked like a pizza which has been carried home from the café in a vertical position, and when the box is opened, a giant mass of cheese has settled pillow-like all the way down on the bottom. I learned to be nicer to the case – and the contents. When packing cameras in foam, I bought the more expensive stuff for a change. Often, I’d throw cameras and clothes in together, as the aluminum outer shell of the case made it almost impervious to the crushing forces which lesser bags have succumbed to. I used the case to get my cameras to and back from Vietnam in the early 1970s. The fact that it locked with a pretty silver key gave it an added air of safety and protection. You would need real cutting tools to get inside a locked one. I eventually started buying decals on my trips, and sticking them both inside and out, little mementos of trips which came to have great meaning to me personally. It came to be a shippable version of my 70s and 80s itineraries. Like most photographers, I think, I still get those little butterflys of uncertainty as the plane flies over the fence on final. You look out the window, see the local cabs and buses scurrying on the perimeter road and wonder awaits. Nothing boosted my confidence on arriving at a foreign airport like seeing the silver Halli, rotating around the luggage carousel, beckoning me to grab it and get on with the work. 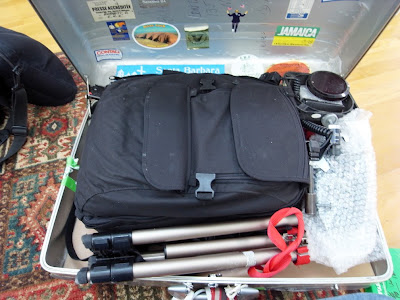 Snuggling up with the 4x5 gear
Most of us have a few old friends like that which we rely on. Dennis Brack, the great DC freelancer, has been using the same black heavy plastic shoulder bag for at least forty years. It’s not a very handsome bag, and anything but chic, but the one thing it offered, virtually no one other did: you could stand on it without either crushing it, or falling off. It let Dennis be 6’4” when he needed to be. All the difference when a little elevation was called for. I’m just back from a trip to another exotic location – Southwestern Ohio, and as I unpacked the big silver case yesterday, I slowly read over all those stickers again, and so many images came back to me. Saigon 1971, a submarine trip in the Pacific 1982, Sarajevo 1984, the Pope in Poland 1983 (where Lufthansa tried, unsuccessfully to destroy the case, and paid heavily for it!), 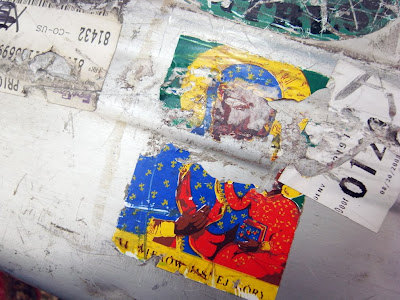 The Black Madonna of Czestacowa (Poland)
Tehran 1979, Ayers Rock 1981, Jamaica 1985, and the Presidential campaigns from 1976 through John McCain a year ago. 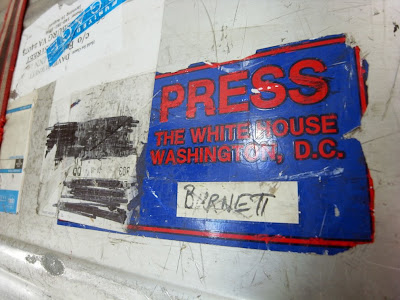 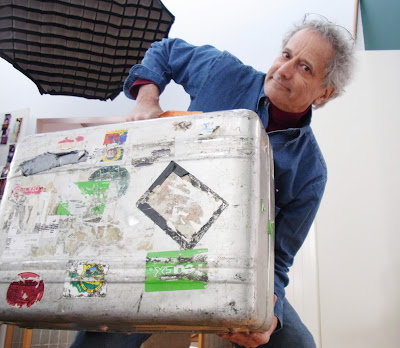 And even though the Halli doesn’t cook so well, and has a demeanor devoid of the kind of humor I appreciate, when I need to pack up my stuff, and head to the airport for trip to Timbuktu, I know that it will be the one case which will get me out and back. We’re just sayin’…David
Posted by Iris&David at 11:50 PM

Are you sure you didn't sneak into my office and photograph my "Hallis"? FYI, Lufthansa also tried to destroy my "2 suiter" in Berlin in 1989 (what is it with the Germans and aluminum cases?)...

I have a new Continental Hotel sticker that I saved all these years...what am I bid?

They will need to pry my 1977 brown Domke F2 bag from my cold, dead shoulder. Actually, I'm considering a repair. If I can find some nice tan leather, I'm gonna have our local canvas shop stitch it over the fraying trim. That should enable me to get another 20 years or so....

great post, Dave. Hey when you coming through Texas?