There have been many times in the last forty or so years when I have thought that a description of college once uttered by a fellow student kind of made sense. “It’s just four years to collect a bunch of great books to read when you’re old and retired.” Because there were so many times when I couldn’t really trace anything I was doing as an adult to something I did in college, I’m sure there were times I wondered if it had been worth attending school for four years at all. So few people, save perhaps for Law school or Med schoolers, ever have a chance to directly apply something learned in school to a situation in real life. 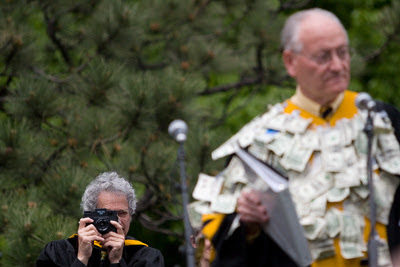 D.B. & Holga, courtesy of Sean Cayton
Yet there is no doubt that the time honored tradition of ‘formation’ and ‘preparation’ of someone for a life ahead is truly a worthwhile endeavor. Many of us who are long away from school look back with all kinds of regrets and “I just wish I’d done …..” but in the end, the time spent in school, whether it be Harvard, Pomona, or Northwest Texas State Teacher’s College, are to be valued looking back at them, rather than at the time you are actually there. 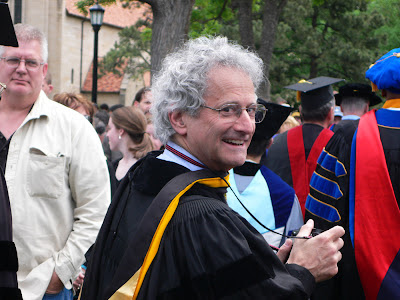 Photo by Jordan Burnett
I ended up at Colorado College simply because my dad had once driven through Colorado Springs, and reported that “it’s a lovely looking campus.” My first two choices were Stanford (my mom’s Alma mater) and Pomona (a place I thought would set me on a proper path to help NASA build the moon rocket.) Neither of them felt as passionately about my being there as I did, so after the first two rejection letters came, I was pleased to have had a Yes from C.C. Tom, my older brother, had gone 3 years before back to Williams in western Mass. He was having a great New England experience, but somehow I didn’t feel drawn to the Eastern schools. I already knew that I wanted to be a photographer (if it works out, you can count it as a gift to KNOW what you want to do when you are 16) but I knew that college was expected of me, and frankly, once I was accepted to C.C. I could still say, with no small amount of Utahesque humor, that I was “going East to college.” 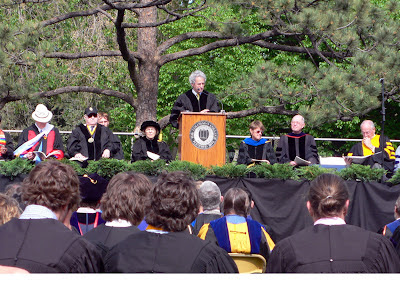 Having "Gone East" D.B. now speaks to the Grads

I made a lot of friends at C.C., though curiously the folks I am more in touch with now are people who I barely spoke to at the time. (This is a plug for going to your 5 and 10, and 15 year reunions. You cannot imagine how the stuck up twits of Freshman year blossomed into wonderfully well rounded, gregarious, smart, and fun adults.) So it was with not a little surprise six weeks ago when I got a note from the Dianne Benninghoff (also from my class of ’68), who for years ran the Alumni department and now is involved in the broader planning of the future of the College, asking if I would be the Commencement speaker this year. I was a little floored, I can tell you, but I think I immediately said Yes. I was told that the guidelines for speaking were simple: twenty minutes; they sort of hoped I would say something nice about the concept of a Liberal Arts education, but that was it. The rest was up to me. Having been in the journo biz for four decades, yet seldom actually writing anything of note, the thought of having to sit down and put words to paper was a little frightening. I began making notes about the kinds of things I wanted to mention. Moving them around as the number grew, excising a few along the way. At the “Hey! I already have two pages written” stage Iris jumped in and helped me to craft the flow a little. And within two weeks I felt I had something that was a pretty good blue print. The hardest thing, once you realize you DON’T get a teleprompter, is organzing a speech on 8x11” bits of paper. You pray for a non-windy day. You read it over a bunch of times, out loud so you can hear yourself, and try to mold phrases so they really work. I had a bunch of rants from the “Honey, you’re yelling at the TV again” group of Burnett observations, and wanted to try and include a few of those too. In the end, I wanted it to be helpful and explanatory without being a finger waving lecture. We all know how successful finger waving lectures are (I guess it depends on WHICH finger is involved). I had a few friends read it, both contemporary colleagues and their kids, and made a few adjustments just about every time I read it. There are no “Ask not what your country can do for you..” lines in there, but maybe there are one or two images that will propel one or two kids to think once or twice about doing something they might not have done before. That’s good enough for me.

For the trip to Colorado Springs, Iris, Jordan and I came out Saturday ( you remember the famous Hotel Hell column, right) and since then the trip has been just the most fun. Jordan made a couple of great pictures during the procession, I didn’t stumble too badly on the delivery, and at least a dozen parents and students came up afterwards to tell me how inspiring I was. It’s been a while since anyone said such nice things about my pictures. And thanks to Sean Cayton who nailed a snap of me photographing President Dick Celeste, festooned with dollar bills, at the end of the ceremony. In a new tradition, the students who feel like they want to start contributing back to the college, even as they accept their diploma, pin or tape a dollar to the President’s robes as they walk across the stage. It’s pretty cool. (I think I have a great HOLGA picture of Dick from the back, covered in bills, but being film instead of digital, you ‘ll have to wait a week or so to see it.)

The text of my speech, which was broadcast LIVE on a CC webcast, follows in a separate column. It isn’t often in my life that I get to emulate the phraseology of the position papers which political candidates use: “In remarks prepared for Delivery today….” So, now that I am officially an honorary Doctor of Humane Letters (and I have the hood to prove it), I can, as one friend pointed out, now treat all kinds of Honorary Diseases. We’re just sayin…David
Posted by Iris&David at 9:04 AM

Cool blog, i just randomly surfed in, but it sure was worth my time, will be back

Deep Regards from the other side of the Moon

Now, THAT'S going to truly be a "classic" photo of you with the Holga shooting the prof!! Maybe next time you get a ticket, you can say,"It's okay..I'm a Doctor."Glad that worked out well for you..with the exception, of couse, of HH.
Cheers!

You look good in black. Grin.