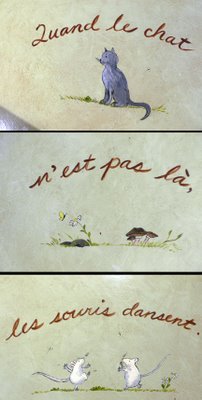 As someone who spent a lot of time traveling the world in the last forty years, I suppose I shouldn’t be surprised when things conspire to remind me, as Tom Friedman has within the last two years (and handsomely so) that the World tends towards flat. Not always flat, and perhaps, well, planar – smooth and unbending, if on a slight tilt. There is no question that the tilt is beginning to go the other way after many years of the tilt headed in the direction of the US, the West, Nato, Western Europe, or, that favorite phrase from the Stranglovian days of the mid sixties “.. .the world as we KNOW it..” Well, I guess there is some inherent truth there: the world as we knew it was twenty-five cent a gallon gas, $2295 new automobiles (Bob Peck Chevrolet in Arlington Virginia is closing this year after 55 years on the same location (and about ten years after Bob Peck himself permanently left the location: he’s not Late, need I remind you, he’s NOT coming!) to make room for another one of those high rise multiple use buildings for which I have no use.

Another example of the literal proof that if THIS is what is meant by progress.. more land lords trying to get rich with more big buildings, then progress will certainly do us in. These buildings are LandLord friendly, certainly building friendly, but they really are lacking in People Friendly. Just try and get near one, and walk about as if you were in a park. Too many barriers, not enough attractions, and way too much brick and security guards to allow you to ever beckon for the place. I’ll miss the Bob Peck decorations, believe me. Nothing said “Make Room for Daddy”, “Leave it to Beaver”, or “Greenacres” like the little tri-angled roof at Bob Pecks.

So the tilt continues, the advance of our countries culture measured by the number of 4 bedroom $7 million dollar homes that are sold with priceless views in Jackson Hole, or even Million and a Half dollar homes in tranquil Waverly Hills (Arlington), Virginia, where our nice little house was bought for $175K twenty years ago. It’s as if we don’t’ really acknowledge the rest of the Flat world out there, as we “bouffe” our resources to provide high end toys for those with the money. I’m by no means a socialist, believing that hard work should result in hard won spoils. But as my mother often reminds me (She who ought to have been named Secretary of Common Sense in the Bush/Clinton/Bush administrations) there ought to be a limit on things based on SOME common sense, common good, or at least a sense of common awareness. The darlings in the PR department at Exxon this month have really created the grist for a future (PR 103 class “How Not to Look As Insensative As You Really Are”) look at how business runs in the new century. I mean, is that what we all hoped for, is that what the vets of World War 2 fought for, is that what the founders dreamed of? A four hundred million dollar package for one CEO of One company? When individuals so abuse the accessibility to wealth, it can only mean difficulties for the whole of the rest of the society. (There is a wonderful quote by a classicist which says this far better than I, but I can’t find the damn thing.)

All of which gets me back to the sense of a tilted, but flattening world. I suppose the most obvious thing I see is that almost any silver dollar placed on the flat surface will run down, at first slowly, then with increasing speed, along the flat World board, and eventually fall off in India or China. A lot of things these days seem headed that way. That said, there are a few moments of this flattening world which I quite like and appeciate. One was at noon today, as I sat down in a small bakery café in Bainbridge Island, where I am for a day before heading west to shoot pictures of fly fishing this week. (See, I do work but I don’t actually have a Job!) In the café was a small table, whose painted top reminded me of one of the great truths I learned in Europe in the days when Old Europe was also Wise Europe, Hip Europe, Smart Europe, Delicious Europe, and even Exotic Europe. Here, in a child like brush was the original classical version of a parable I learned in Paris in the early 70s from my dear friend and mentor, Raymond Depardon. We had been trying to complete some small measure of a photo related adventure, and upon arriving at the scene, discovered that the folks who were to meet us were not there. So, we did what we needed to do, operating on the Second Law of Photojournalism: (Its’ better to apologize than to ask permission). As we walked back to his car, he looked at me, with an adolescent like smile and said …. “quand le chat n’est pas la… les souris dansent…” and the translation of that, by me, in exaggerated French ..(Me..? Exaggerate? Mais non!) is explained as follows….

David
Posted by Iris&David at 4:18 PM

The Trust for Historic Preservation where are you?

Please right all wrongs from the match up Wilson Blvd.

Bob Peck Chevolet is a true architectual wonder in this world of fake sandstone highrises that would receive an F in any architectural design class.

America is getting flatter with every "Bob Peck" that gets flattened. Not that I've ever bought a Chevy from the place.

And while the Trust is at it, oh never mind, how can we really stop the CEO from leaving the building with $400 million? The SOB probably thinks he's worth it.

I need to get back to my tilts and swings.

Got to dig this crazy world, man.

Right you are, DB. And it is time that your mother get involved. My luck! Just as they begin to make a product I like, Chevy dealers are headed for the hills.